By Breakinglimits2 (self media writer) | 2 years ago A certain man by name Ugochi Obinna has reportedly killed his girlfriend Miss Chika Chijioke because of the football match that was played on Saturday night which was between Manchester City VS Arsenal football club.

According to the suspect. "He said that there was an agreement between himself and Mr. Charles that involves betting on a particular team to win that match.

Mr. Charles, a businessman that owns a clubhouse in Owerri had offered to bet N1million on Arsenal winning the match then he agreed to bet N500,000 plus his girlfriend Chika on Manchester City to win the match"

When he was interrogated why he had to stake his girlfriend, "he said it was out of greed that made him do that. 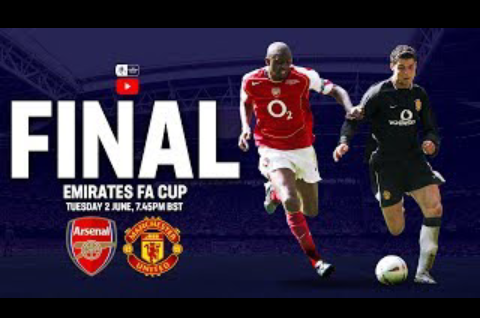 Little did he know that it will not work as he thought. " I couldn't stand my best friend took my girlfriend in front of me to his hotel room or I will have to pay back N1million to get back my car and my girlfriend and I don't have that about of money now. I accepted to stake my car, my girlfriend plus N500,000.

After losing to my friend that night, I was out of control as my heart was filled with an evil thought. My friend had taken my girlfriend to his hotel room am sure something will definitely happen (but he never said what would happen) he continued...

So the thought of killing her came upon me later that night. The money I had on me was paid for the drinks I bought before the match kicked off.

I had already made a transfer of N500,000 to the witness account before the match starts. It was my friend Charles who out of pity, gave me N300 to pay back home he said "

So when I got back home, I was not myself anymore. I started thinking of what to do then the thought of killing her entered me. He continued...

I started asking myself questions like.. Why did she accept when I told her that I will beg her out? That means she does not love me.

Secondly, she could not even resist the man a little bit, she just followed him like a dog that is following the owner he said.

Then I called her to come and pack her things from the house. I told her that I am sorry about everything that I never knew it would turn out that way.

When Chika Chijioke got the call, she went to his house with a free mind unknown to her that that day was the end of her life on earth.

He further said that when Chika Chijioke came to the house, I prepared goat meat stew and rice because that has always been her favorite but this time around the food was poisoned.

I knelt down on the ground and apologize to her for forgiveness after eating the food, she died with her mouth covered he Included.

Just because of a football match of players he has never met or seen physically before made him kill somebody. Ugochi has been taken to the police station for further interrogation.

Why would a beautiful girl like that accept such nonsense from her boyfriend?

Do you think an agreement is always?

Has your game ever cut before?

And what did you do after that?

This is football and you are not the one playing, so many things can happen on the pitch while you are watching.

Don't be too sure.