By VlogMister (self media writer) | 23 days ago

Manchester United produced a questionable home performance at Old Trafford as they failed to beat Everton to go top of the Premier League table. Everton held Manchester United to a stalemate result following Andros Townsend's equalizer in the 65’ minutes cancelling out Anthony Martial first goal for Manchester United after 8 months. 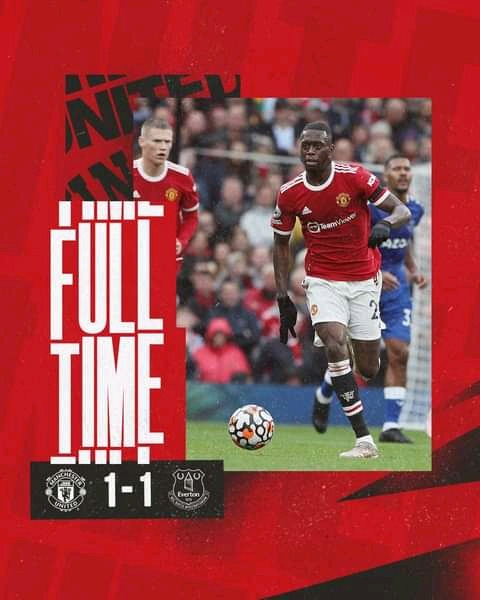 Arguably, Manchester United just wasted a crucial two points and miss the opportunity to climb top of the EPL table and Ole Gunnar Solskjaer's future is now rising more controversy as fans are handing an opinionated quest for a new manager, following another disappointing result at Old Trafford. Ole Gunnar Solskjaer is expected to inject a winning mentality into his team as they go more deeper into the 2021-22 premier league season.

Ole Gunnar Solskjaer made some tactical twerked to his lineup starting Cristiano Ronaldo from the bench and made five changes to his Champions League starting XI that face Villarreal at Old Trafford. Aaron Wan-Bissaka replaced Diego Dalot whilst Luke Shaw came in for Alex Telles allowing Raphael Varane and Victor Lindelof to continue their partnership in the defence as Harry Maguire continue his recovery following a calf injury he suffered against Aston Villa.

Ole Gunnar Solskjaer led his team to a stalemate result against Everton and failed to set a marker for Premier League title contenders as they take one point away from their 1-1 draw at Old Trafford. Following Manchester United's (matchday 7) result at Old Trafford, here are 2 discourse points on our pundits table.

1. Everton Andros Townsend ‘mimicked’ Cristiano Ronaldo's trademark celebration but insists he was only paying homage to the Manchester United Striker. 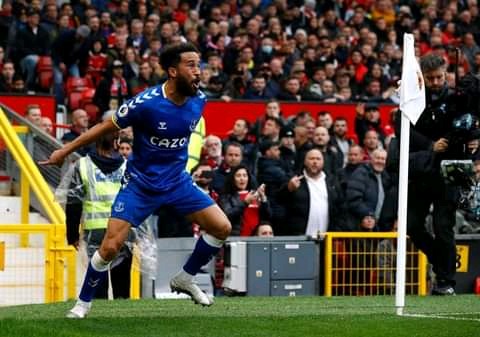 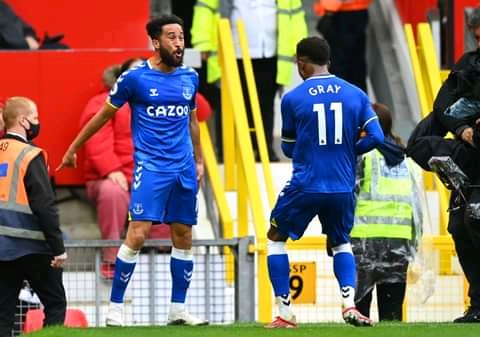 Andros Townsend cancelled out Anthony Martial first-half goal to deny Manchester United a win at home. After netting his side equalizer in the 65’ minutes, the Everton talisman ran in front of a crowd old Trafford stadium and showoff Cristiano Ronaldo's ‘siuuuuuu’ celebration as he celebrates his stunning goal against the Red Devils. After the game, Townsend gave his verdict on why he mimicked Cristiano Ronaldo's celebration, he admits that it was a way to pay homage to the greatest footballer of all-time (Cristiano Ronaldo) and he did it because Ronaldo has been his idol for a long time and he even try to imitate the Portuguese in training. Scoring in front of a fully packed Old Trafford stadium triggered his celebration but it wasn't a sign of disrespect to the 36-year-old striker, it was a way to pay homage to the legendary attacker. 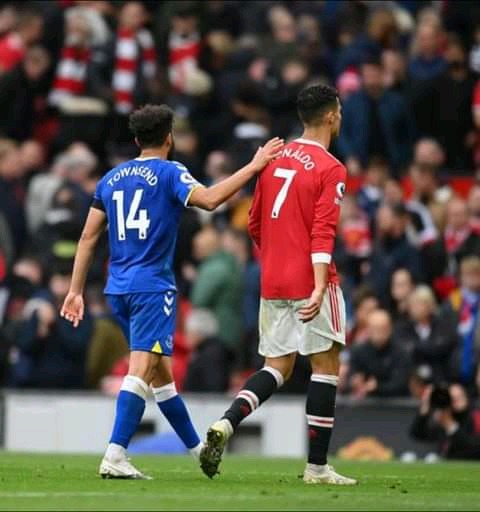 After the final whistle, Townsend was seen walking with Cristiano Ronaldo as they head towards the tunnel and arguably, the duo might have had a lengthy discussion at the process. Andros Townsend celebrated like his idol (this is one of the most beautiful moments in football). 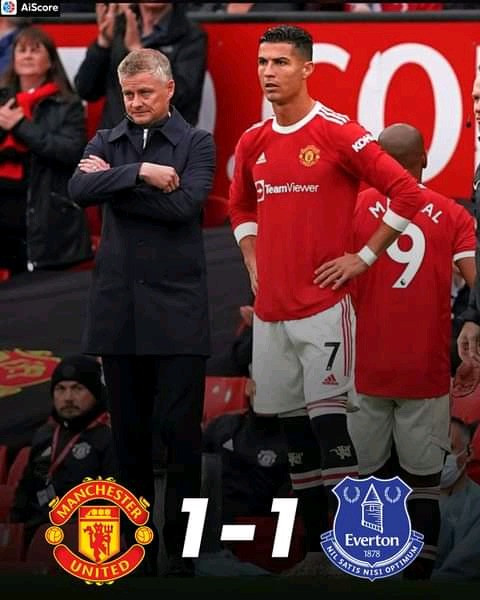 Manchester United ain't getting the expected result whilst playing at home. The Red Devils has struggled in recent games to pull out a positive results at Old Trafford. Manchester United made strenuous effort to held on their 1-0 led against the Toffees but were left disappointed with a stalemate result facing the Rafa Benitez's side at Old Trafford. Arguably, Ole Gunnar Solskjaer's future as Manchester United manager is bringing lot of controversy and if United continue to produce disappointing result, the scrutiny on Solskjaer's future may worsen.

Apparently, Manchester United have played four home games in their last five games across all competition but only won 1 out of 4 at Old Trafford. Manchester United failed to beat West Ham United, Aston Villa and Everton at Old Trafford but edge Villarreal with a last-minute Cristiano Ronaldo's strike after a struggling night in the UEFA Champions League. 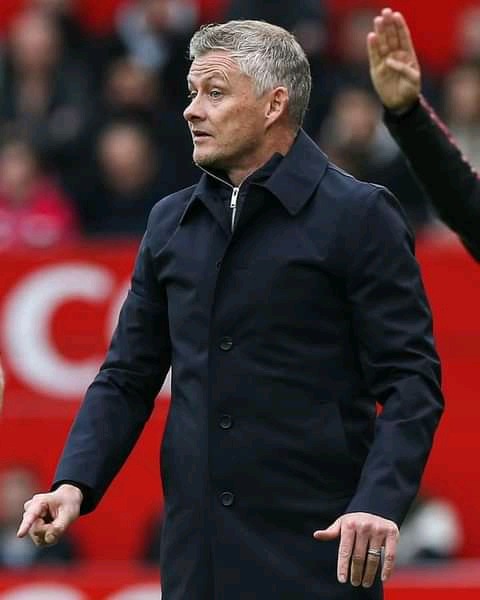 Thank you for using opera news