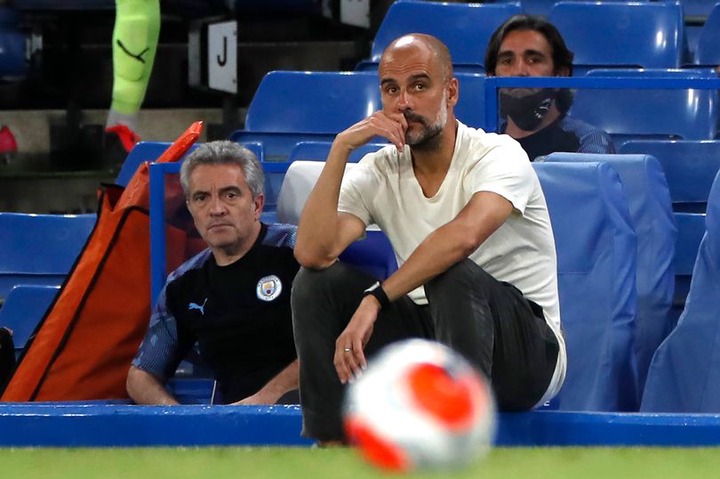 Manchester city's hope of winning the English FA cup trophy this season comes to an end, after the defending Champion loss to Mikel Arteta's Gunners by 2-0 at Wembley Stadium on Saturday night. 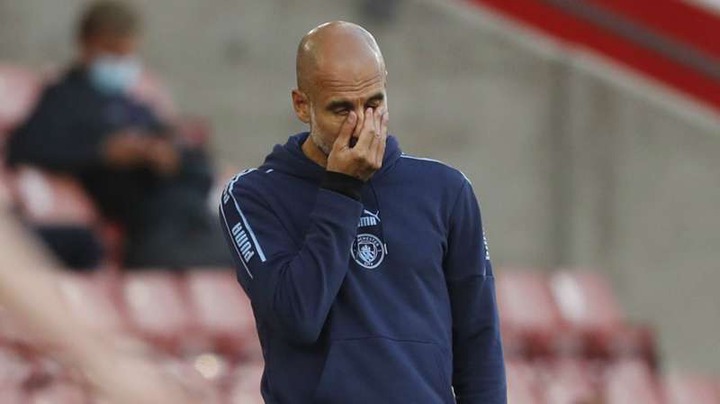 Gabonese striker Pierre-Emerick Aubameyang was on target twice as they beat Pep Guardiola's side 2-0.

Aubameyang opened the scoring in the 19th minutes, to put Mikel Arteta's Gunners 1-0 up in the first half. The former Borussia Dortmund star scored the Gunners second goal of the game in the 71st minutes to end the match 2-0 in favour of the London based club. 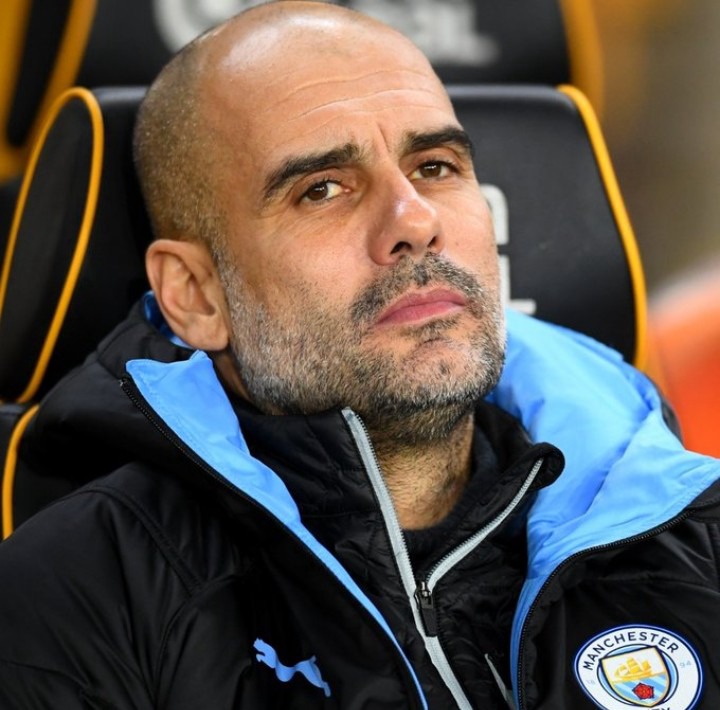 Speaking after the defeat to Arsenal, Manchester City coach Pep Guardiola said to the newsmen that he knew his team didn't play well, because they are also human beings, and he praised Mikel Arteta's team (Arsenal were exceptional) for the good job done.

"We didn't play good, we are human beings. The opponent played good, sometimes it happens." 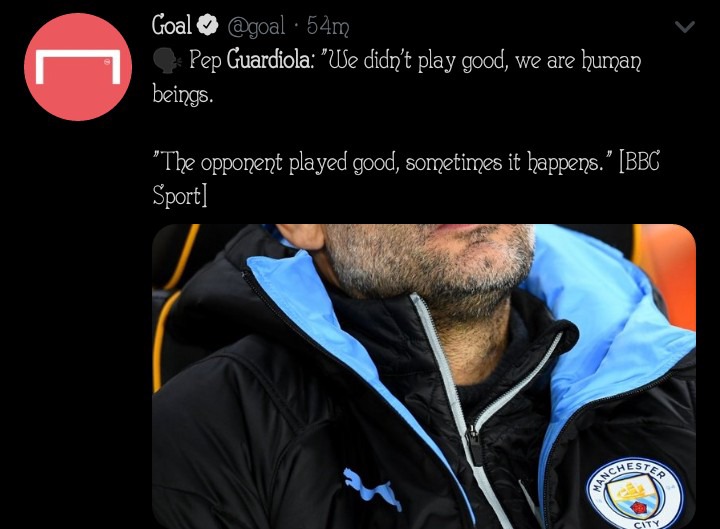 Football lovers across the globe have now started reacting to Pep Guardiola's statement after the defeat to Arsenal on Saturday night. 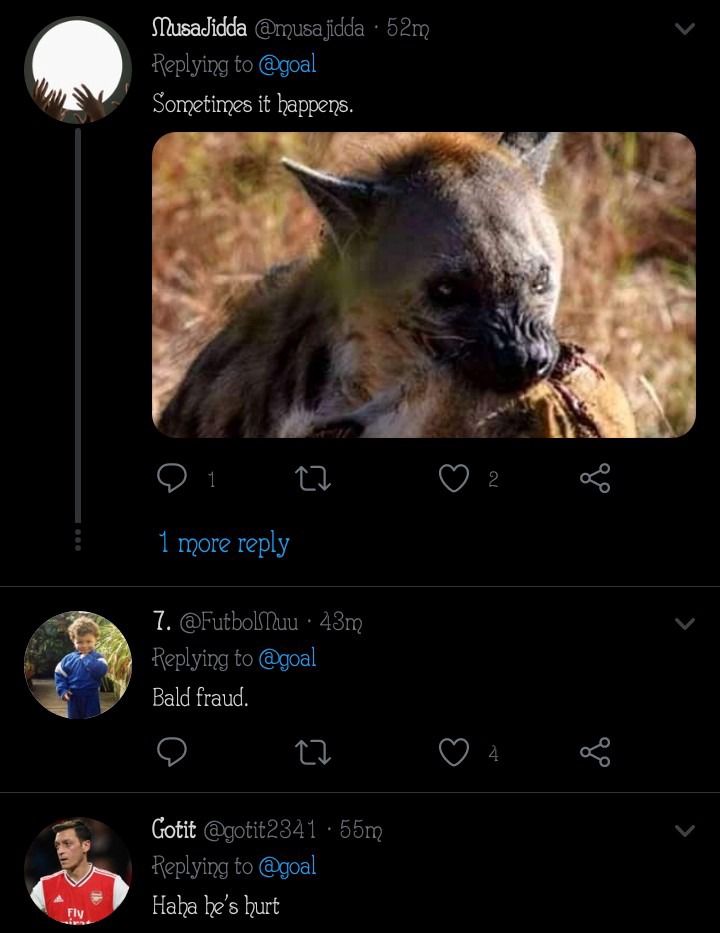 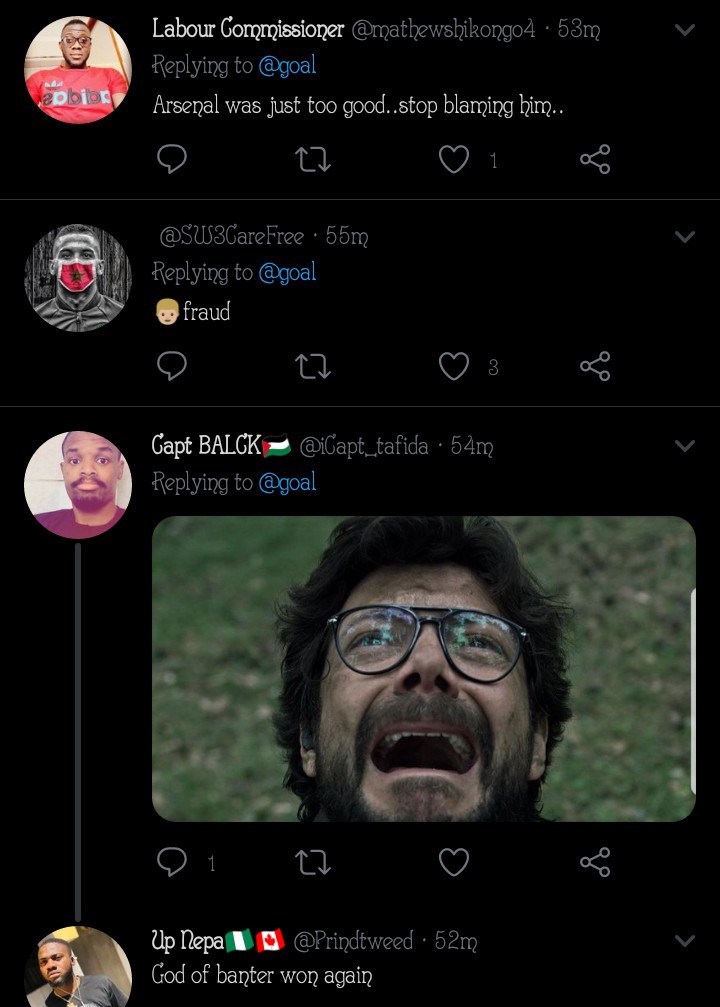 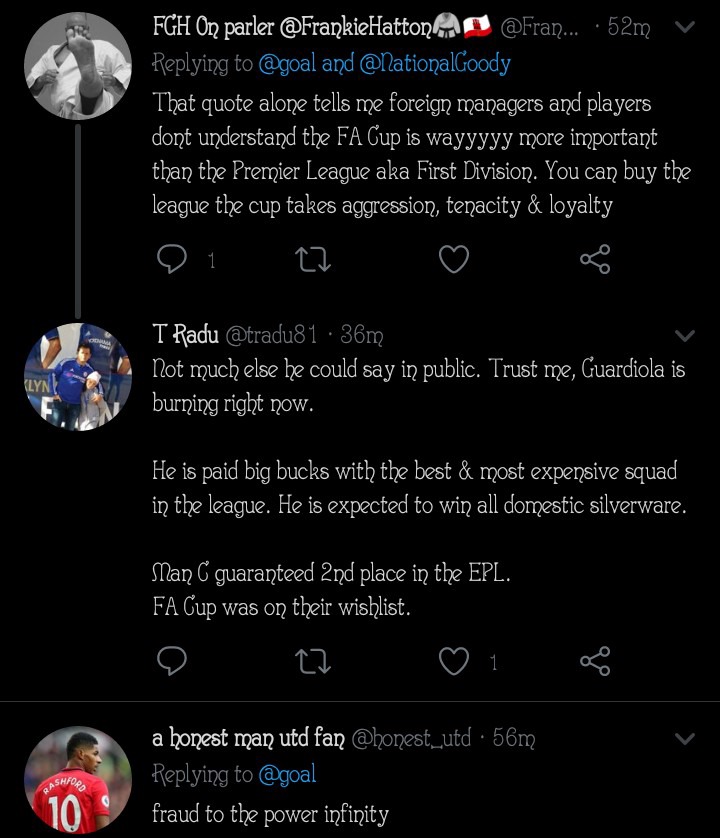 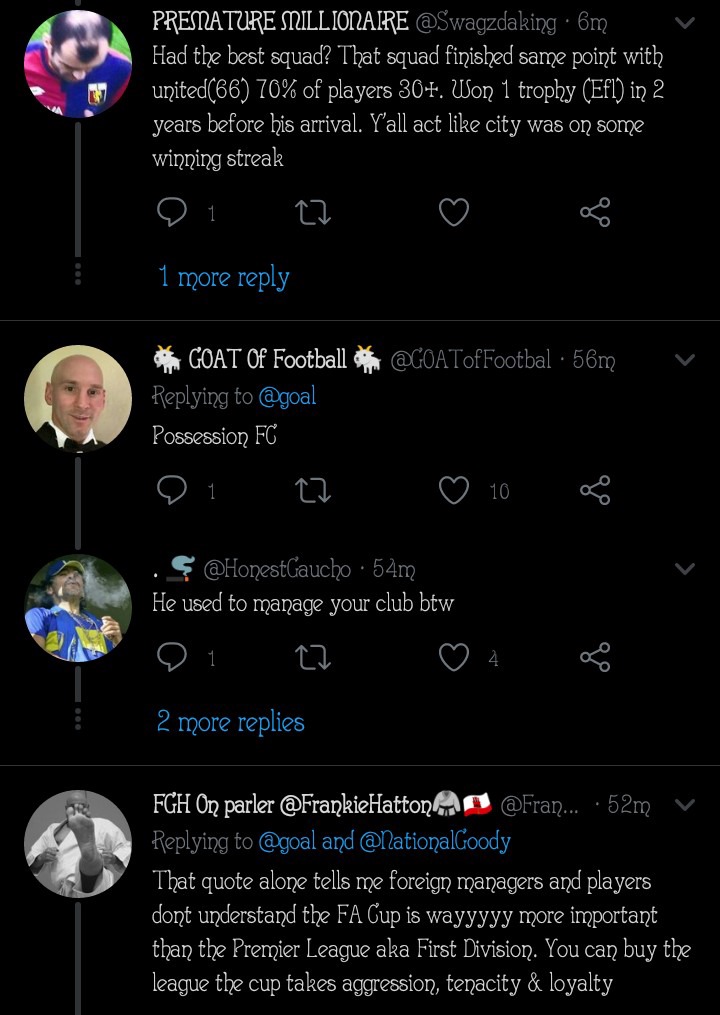 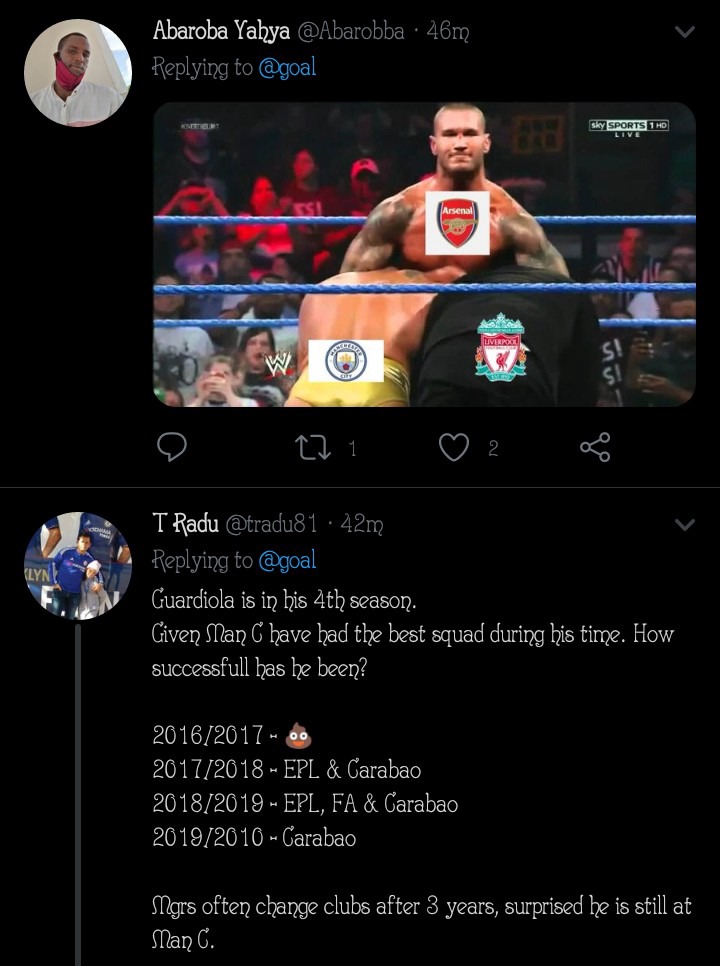 Manchester City have now lost two trophies won last season (English Premier League and the FA cup), but already won the Capital one cup, and they will still be looking forward to winning the UEFA champions league this season.