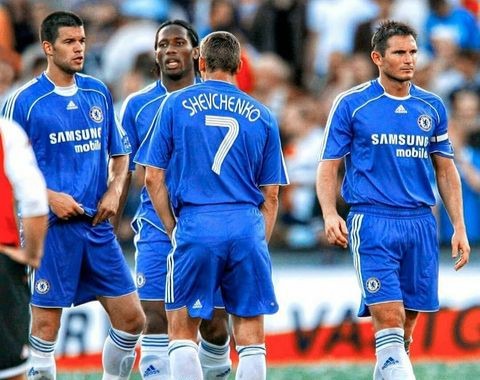 English premier league giant, Chelsea FC legend Didier Drogba has yesterday been rewarded due to his great impacts played in the round leather game during and after his reign as an active footballer.

The Ivorian international who did pretty well for Chelsea and other top European clubs coupled with his country during his spell on the pitch of play, remained the highest foreign goal scorer at Chelsea and top scorer for the Ivory Coast national team hitherto. Didier Drogba since his official retirement has been known for his service to humanity in his home town and the African continent at large which has earned him several awards.

He was awarded the UEFA President Award by the European football governing body and at the same time conferred with an honorary degree by a University in his country among others. Didier Drogba who was tagged the King of Wembley due to his exploit in the Emirates FA Cup netting 10 goals in 10 finals held at the Stadium, was also remembered for his superb header and mind-blowing equaliser in the 2012 UEFA champions league finals against Bayern Munich at the Allianz Arena coupled with scoring the winning penalty in the deciding shoot-out.

The two times African Footballer of the Year has now been appointed as the World Health Organization's Goodwill Ambassador for Sport and Health. 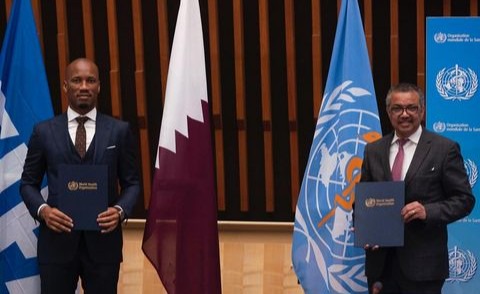 The Chelsea legend's role will promote the benefits of physical activity, healthy lifestyles and sports especially for children. This is a great teamwork between the WHO, FIFA World Cup and Qatar to make the 2022 World Cup the healthiest and safest ever.

Hearty congratulations to the charismatic soccer star and one of the African greatest strikers of all-time. 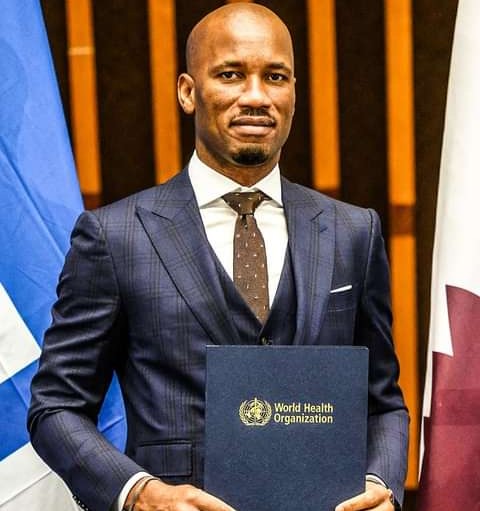