Photos: On this day in 2005, see the iconic moment that happened in a Milan derby

Undoubtedly, when we are talking about one of Italy’s fiercest rivalries, it is the Milan derby, AC Milan against thier bitter rivals Internazionale within magnificent stadium San Siro. The competition between the two clubs has become ingrained in the social fabric of the Milan city, and legendary both within Italy and across the globe. 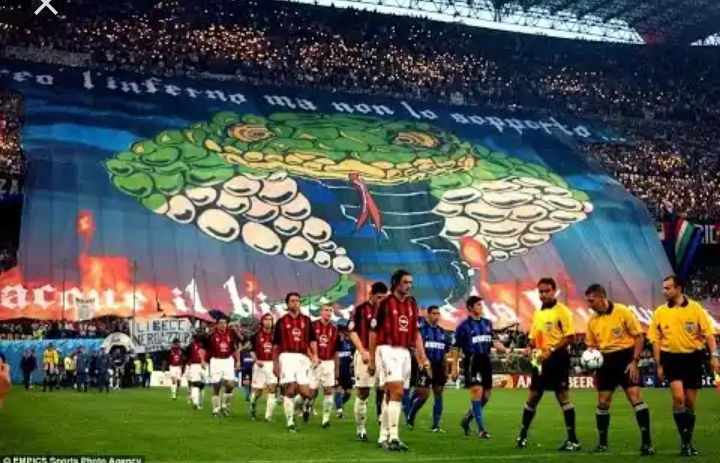 This is the strength of the devotion of both clubs have for their teams, violence has constantly blighted the fixture throughout its long and tumultuous history. 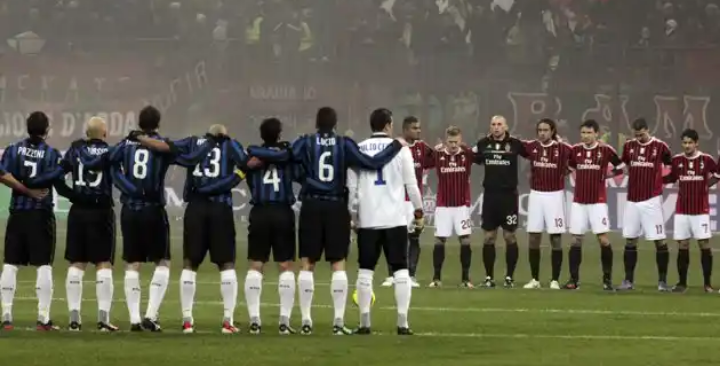 On this day in 2005 Champions League quarter-final, a historical moment broke out in a game between Inter Milan against their city rivals AC Milan. Fight broke out between the two teams fan. The intensity of crowd disruption was high, with frequent clashes between fans. The German referee Markus Merk, who officiated the match temporarily suspended and 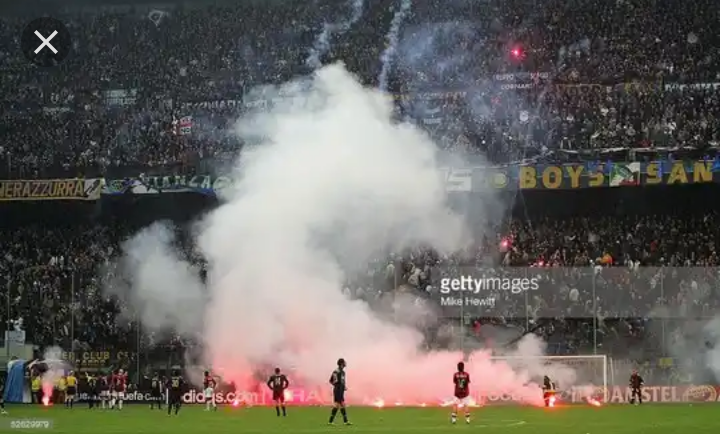 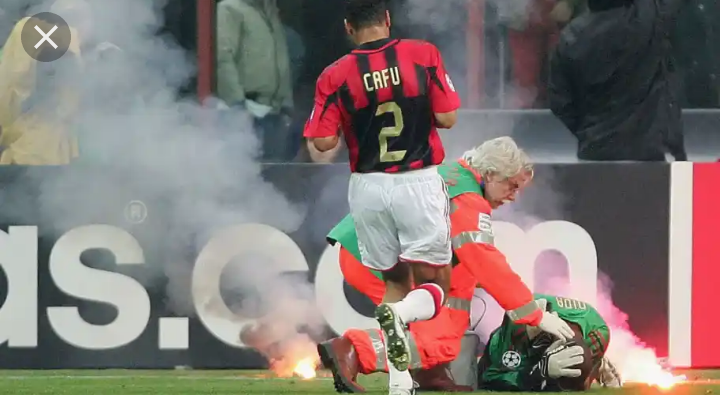 abandoned amid violent scenes after the Rossoneri goalkeeper Dida was struck by a flare thrown from the stands in the 73rd minute. The Inter players pleaded to thier fans, the referee tried to restart the game but the fight broke out again. 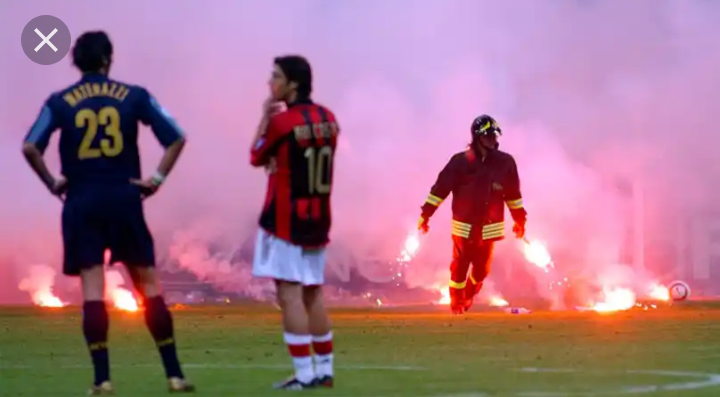 The most remarkable picture of the day was when the two best players of each side were picture together. 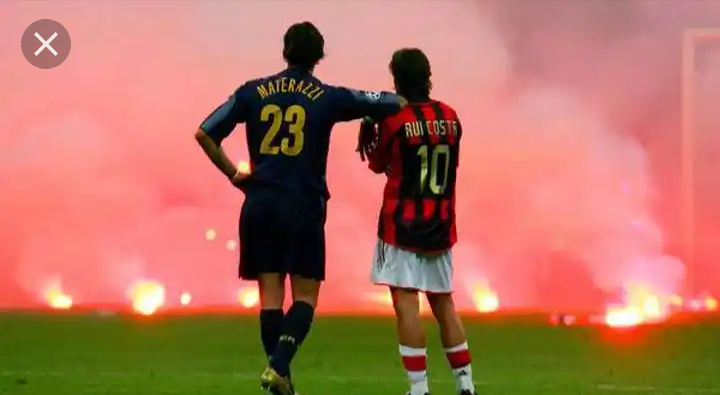 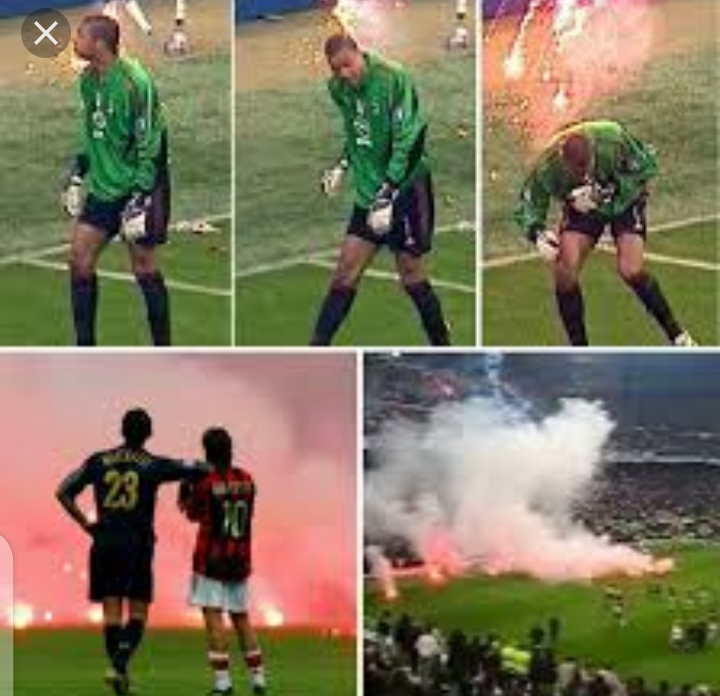 Do you remember this day, it was an iconic moment in Milan, it was one of the greatest moment in football history