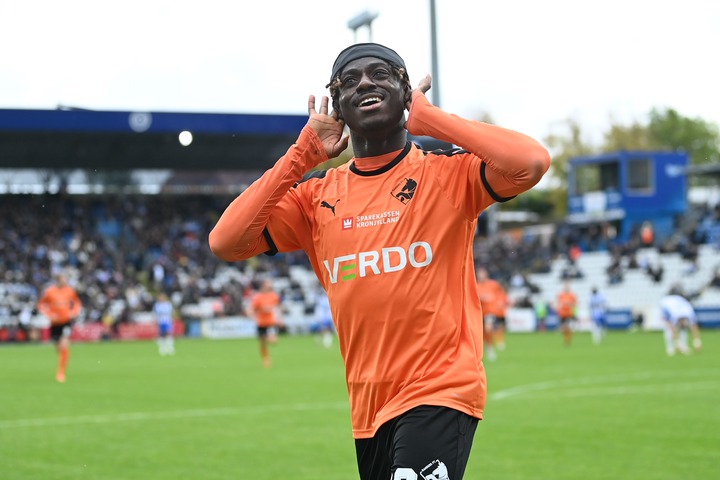 The European football governing body UEFA has praised Nigerian youngster Stephen Odey after netting his 7th goal of the season for his on loan club, in their 2-1 comeback victory over OB Odense FC on Sunday evening. 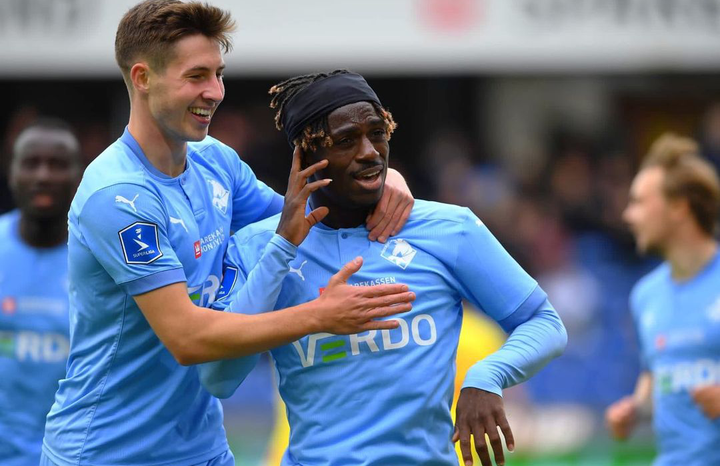 The former Zurich football club star has been exceptional since joining Randers football club of Denmark on a season long loan deal from Belgium Pro League giants KRC Genk, and he has been able to score seven goals for the club.

Stephen Odey was given another starting role by his coach on Sunday evening, and he was able to play a vital role in their comeback victory. 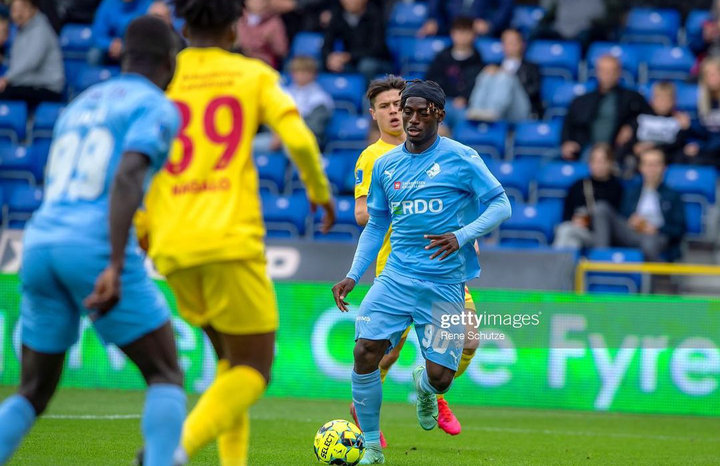 Two goals from Stephen Odey and Vito Hammershoy-Mistrasi were enough to give Randers football club a remarkable victory, despite the fact that Mads Frokjaer netted a goal for the home team.

The goal against OB Odense football club has now taken his total goals for the new club to 7 in just 9 matches played. 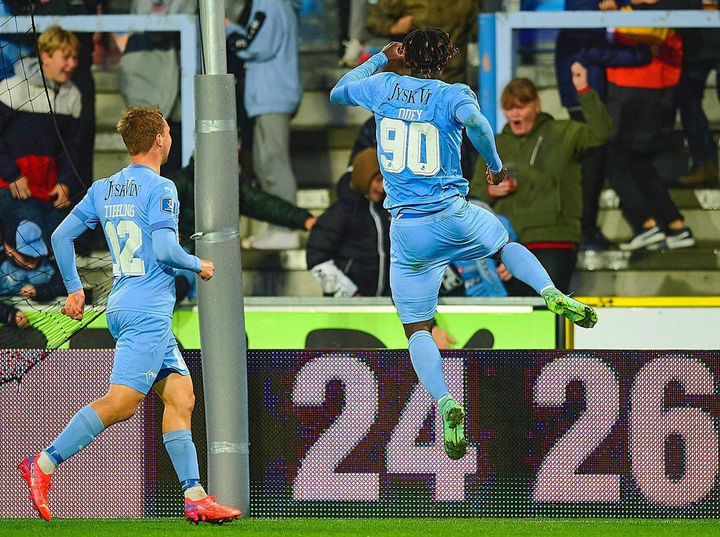 Reacting after Stephen Odey netted his 7th goal for Randers football club, UEFA posted on their verified Twitter handle on Monday that;

"🤩 What a start to life at Randers!

🇳🇬 Stephen Odey has scored 7 goals in 9 games (all competitions) since joining on loan 💪." 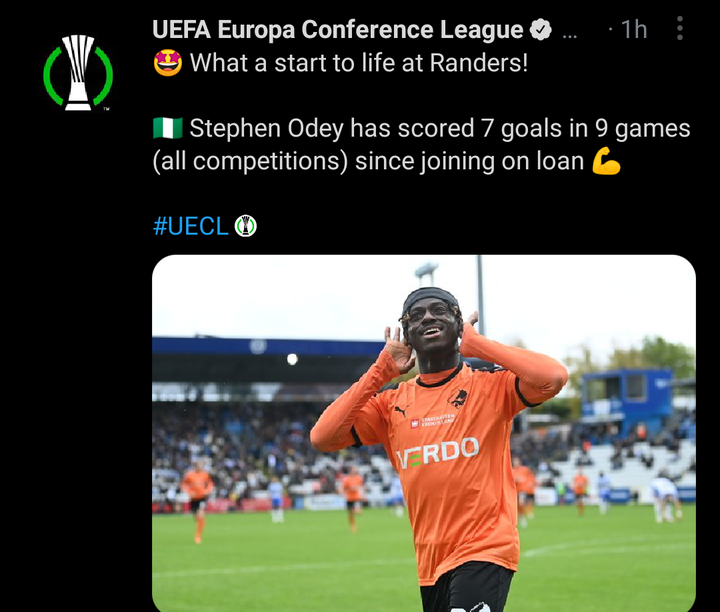 The Nigerian international will now be looking forward to continuing his impressive performance when Randers football club play their next game in the UEFA Europa Conference League on Thursday night.