The First Female Manager to Coach a male team

By Martsyl (self media writer) | 13 days ago

Football from its beginning has been known to be a men's game not until recent times when gender equality was been considered to give the same opportunity to everyone. A lot of clubs have created a female team which is doing very well and also participates in all European competitions.

These female teams sometimes do have male coaches who help organize their game while some of them have female coaches. One of the female coaches who is currently doing very well in a female team and might likely get the opportunity to coach a male team in the future is Emma Hayes of the Chelsea Women team. She has proven to be as good as her male counterpart and was also part of the pundit team during the Euro 2020 where she helped in analyzing team play. 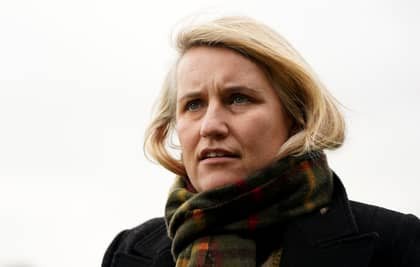 Despite the rise of Female coaches around the World of football, only a few have been able to manage men's teams in their careers.

The first woman to manage a male team is Corinne Catherine Diacre, a french professional coach and former defender. She was contacted by Claude Mich who was the current President of Clermont Foot a second-tier team in the French league in August 2014 asking whether she can take the job considering her status as a lady. 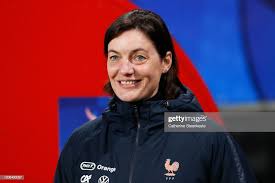 Diacre accepted the offer becoming the first-ever manager to manage a male team though her first match didn't go as planned. She was the manager for three seasons and also gave the club their best finish in the league which was the seventh position.

She went on to become the French Female National team coach in 2017 and has also helped the team to a semi-final and a final within her short stay. One of her football principles is "once they can't score, you are not losing".