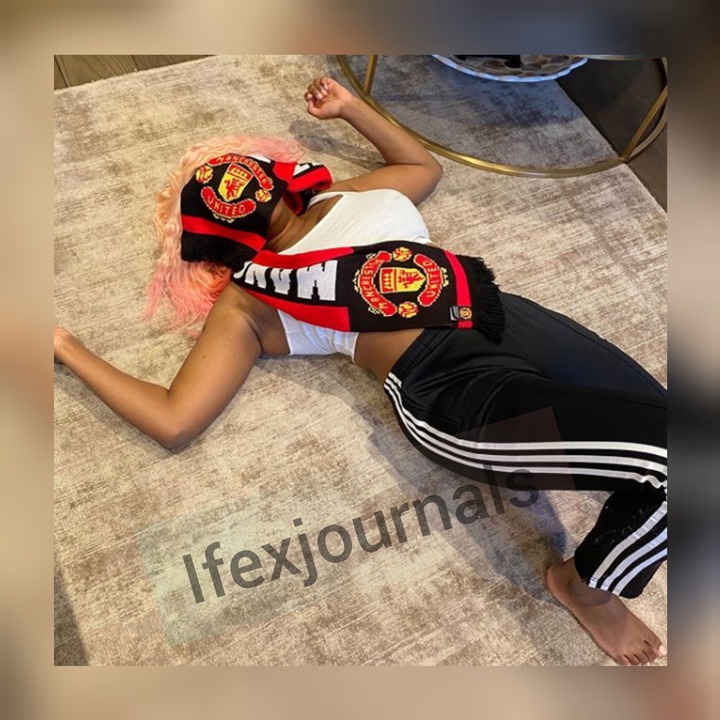 The Nigerian known female DJ identified as Florence Ifeoluwa Otedola a.k.a Dj Cuppy was born on November 11, 1992. She is a daughter to the well known richest business man Femi Otedola. Professionally Cuppy is a Nigerian disc jockey and producer.

According to report, DJ Cuppy was spotted celebrating the victory of her newly found club Manchester United after coming out victorious against Crystal Palace during a football match. The female DJ was ones an Arsenal fan after she was ones tagged the bad luck of Arsenal. She looked parted ways with Arsenal and joined Manchester United.

In a video footage shared on her social media handle, DJ Cuppy was spotted jubilating and celebrating the victory of her newly found club. She even put a Man.U towel on her neck to show her support for the club. She proved to her former club and her fans that she is not the bad luck of her former club Arsenal. She also stated that Arsenal knows nothing about foortball, and she is proud to support Manchester United Football Club. 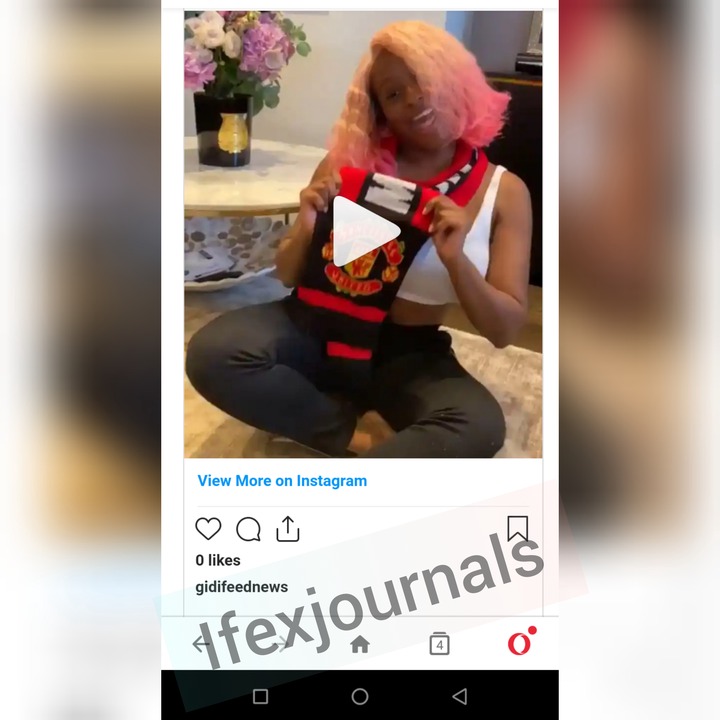