Karim Benzema, a Real Madrid striker, has been charged with involvement in an effort to blackmail fellow footballer Mathieu Valbuena over a sex film discovered on his phone. 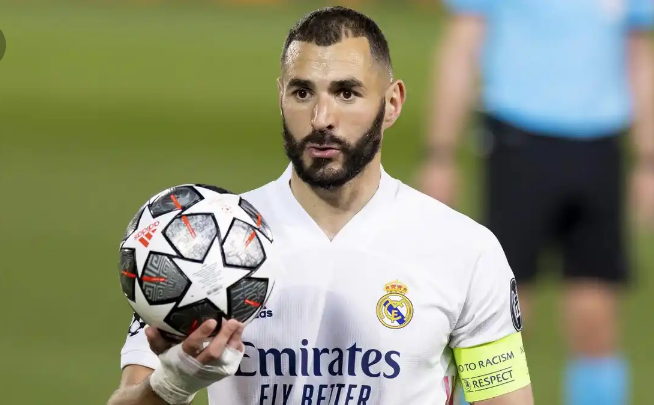 He dismissed the charges against him as a "disguise" and did not show up in the Versailles court.

The two footballers were at a France training camp in June 2015 when the incident occurred.

The incident shocked French football, and both players were forced to leave their respective teams.

Karim Benzema, has now returned to the France team and scored in Real Madrid's Uefa Champions League triumph in Kyiv on Tuesday.

Mr Valbuena, who told the court on Wednesday that football was his life, is on trial with four other men accused of attempting to blackmail him.

He explained, "I knew if that footage came out, it would make things difficult with the French squad."

Mr Valbuena, initiated the sex tape case in 2015 when he hired Axel Angot, a guy from Marseille, to transfer the contents of his phone to a new device.

Mr Angot discovered sexually explicit content on the phone, and he and Mustapha Zouaoui, another defendant in the trial, are accused of attempting to blackmail Mr Valbuena by threatening to make the recording public. Mr. Zouaoui told reporters that he had shared the recording with reporters, but that no attempt had been made to extort money.

Younes Houass, another suspect, contacted Mathieu Valbuena and told the court that the footballer was acting as if nothing was wrong and that he had informed him of the seriousness of the situation without asking for money.

When the footballer approached the cops, an undercover agent named Luka was tasked with bargaining on his behalf.

The Real Madrid striker then addressed his fellow France player in his room at the national team's training camp in October 2015.

The trial will last until the end of the week, with four suspects facing attempted blackmail allegations and Karim Benzema being charged with complicity.

Complicity in attempted blackmail carries a maximum punishment of five years in prison and a fine of €75,000 (£63,000).