Apprentice Beats Master, As Arsenal Edge Out Manchester City In Their FA Cup Clash In Wembly.

By PetsonsConcept (self media writer) | 1 year ago

Haven earned a momentous reprieve at the Court of Arbitration for Sports(CAS) last week, over a Champions League ruling, fortune was clearly not on Manchester City's side for a second time as they fell 2-0 to a less fancied Arsenal side in the FA Cup semi-final, at Wembley.

Arsenal's shock victory over the defending champions was a triumph of uncharacteristic resilience in defence, led by David Luis and two clinical strikes from Pierre-Emerick Aubameyang -scoring in each halves to dump the holders out of the competition. 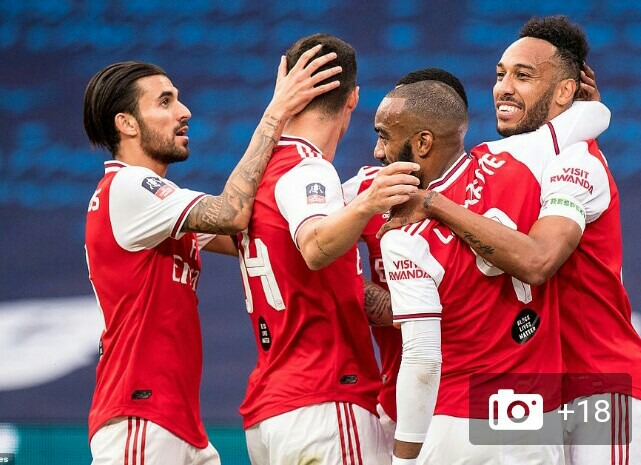 In the 71st minutes, Arsenal struck again when Aubameyang received a long pass through on goal from team mate Kieran Tiermy leaving him one-on-one with Ederson to lash home his second on the night.

It was a very significant victory for Mikel Arteta who was previously working under Pep Guadiola at Manchester City before taking up the Arsenal job in December.

Aresenal awaits the winner between Manchester United and Chelsea in the final. Whether they will win it or not will depend largely on which Arsenal turns up on the 1st of August, 2020, at Wembley.

Clearly as a masterclass performance from the team. They were tactically disciplined on the night. One can only hope that they replicate this kind of performance in the final, to have a chance of being in Europe next season.

Are you an Arsenal fan, a City fan or a football lover, let's hear your view(s) on the game. Kindly like, share and tap the follow button. Thanks for your time, my esteem reader(s)!

Content created and supplied by: PetsonsConcept (via Opera News )

UCL: Why Tuchel has to start Kepa ahead of Mendy against Malmo

3-5-2 Chelsea predicted line up vs Malmo.