Liverpool played against Watford in what was the first Premier League match of the day after the international break.

Here are 8 things that happened during the match. 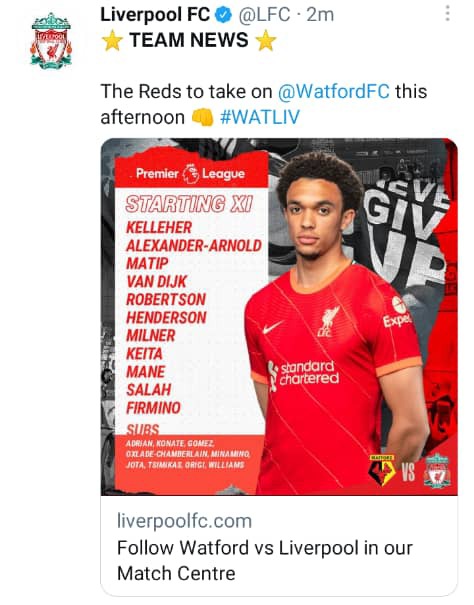 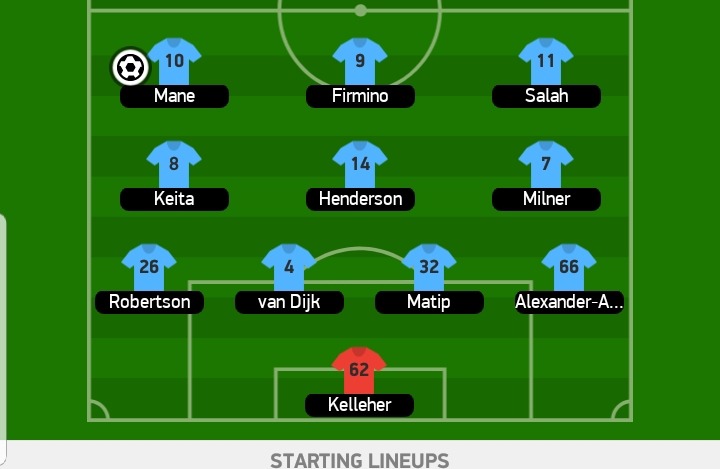 We saw the line up of Liverpool before the match, and the coach Jurgen Klopp, decided to stick to his usual 4-3-3 formation. His 3 main attackers, Salah, Firminho and Mane, all started together in attack, while Milner, Henderson and Keita started in the 3 man midfield, with Milner replacing Fabinho who is unavailable for this game. In defence, it was a 4 man setup consisting of Alexander-Arnold, Van-dijk, Matip and Robertson. In goal, Kelleher stepped in for the also not available first choice keeper, Alisson. 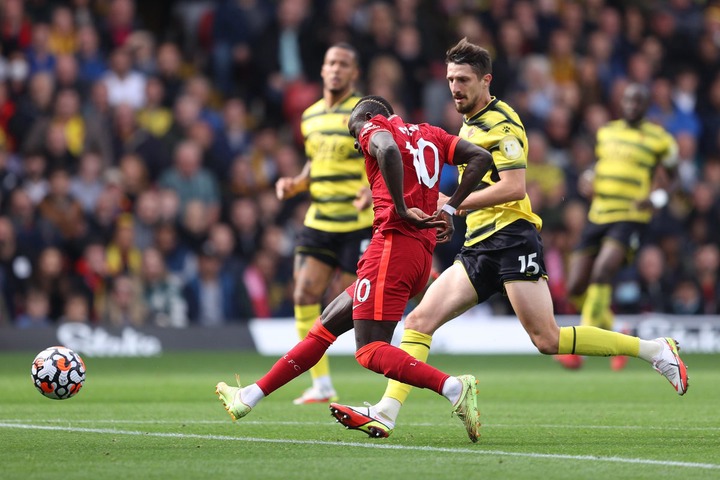 Sadio Mane opened the scoring for Liverpool during the 9minute of the game, when he collected a very beautiful pass from Salah, and then went on to show a perfect technique, before producing a first time shot from outside the box, that ended up in the bottom left corner, thereby giving Liverpool a 1-0 lead. 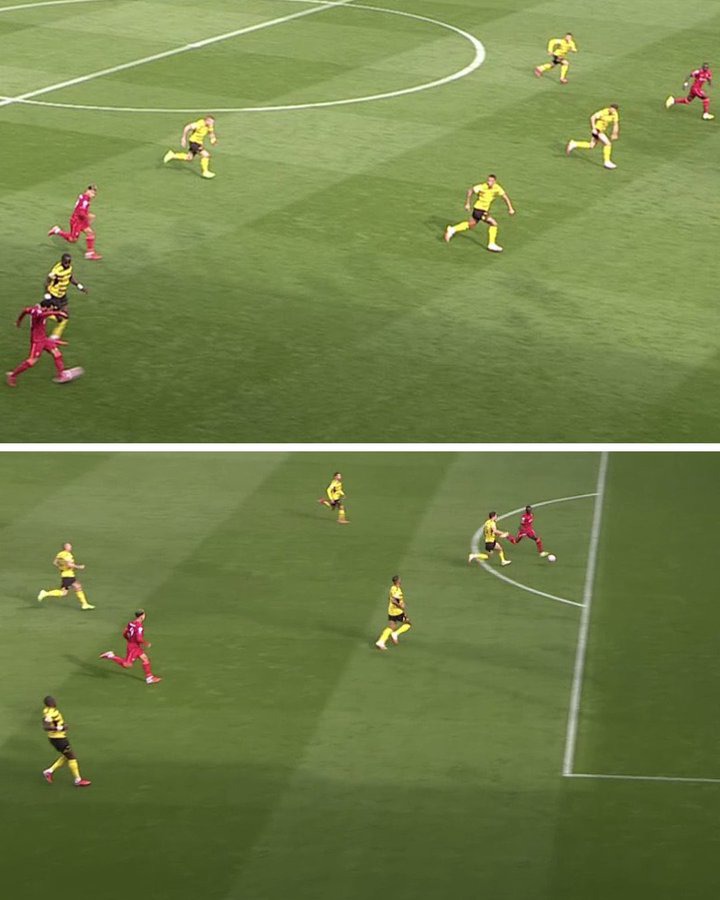 This goal also happened to be Sadio Mane's 100th club goal for Liverpool, what a huge feat it is for him. 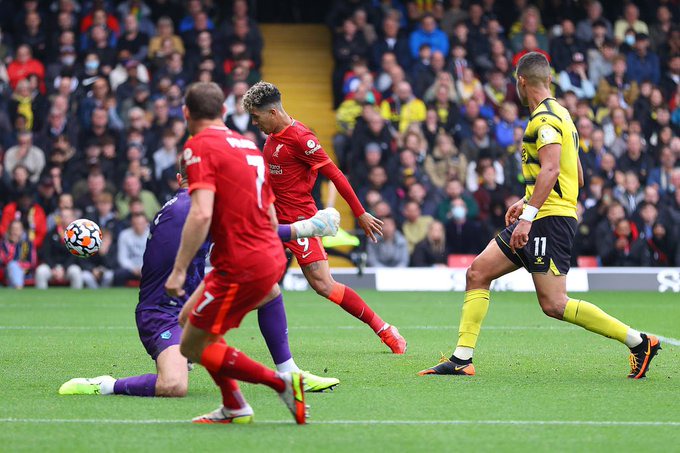 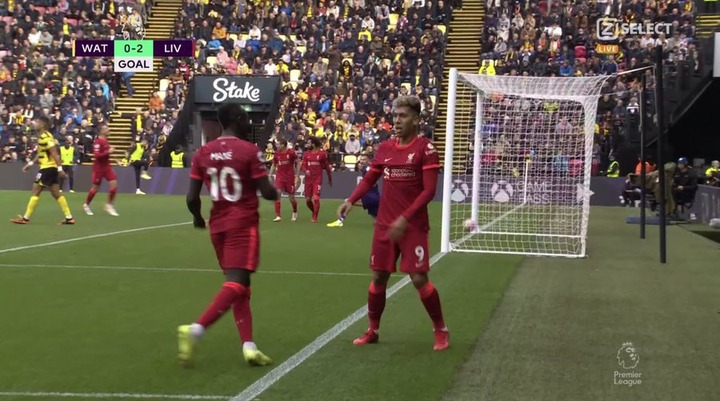 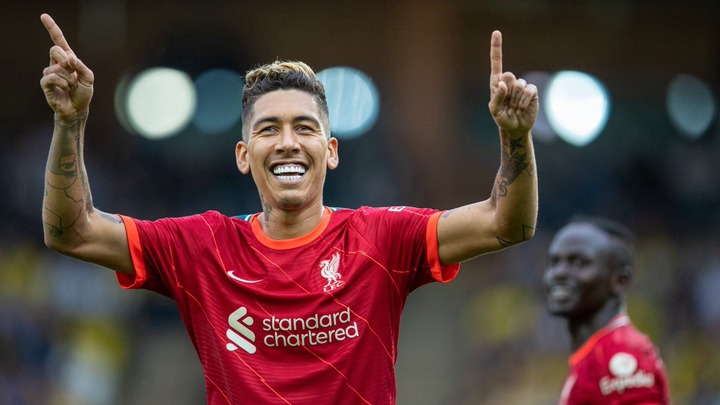 It was an easy goal for Firminho, as he just had to slot the ball into the empty net, after meeting a nice pass from Milner. 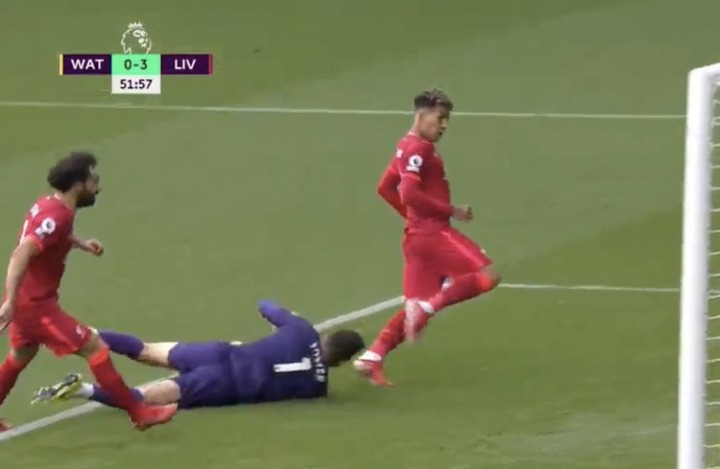 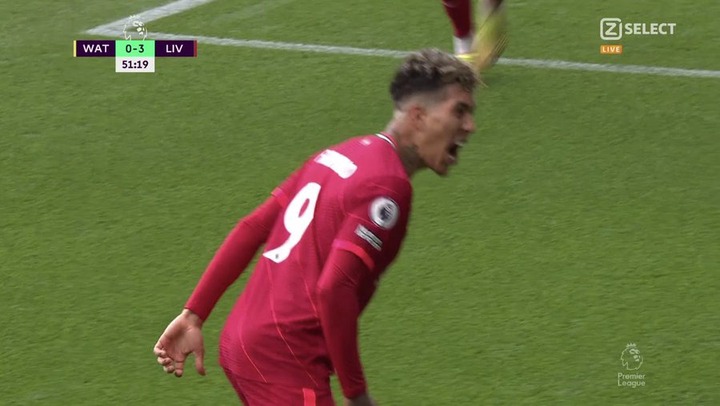 Roberto Firminho showed his goalscoring prowess again in the 52nd minute, as he got onto a rebound to score Liverpool's third, and his second goal of the game, making it 3-0 for his team. 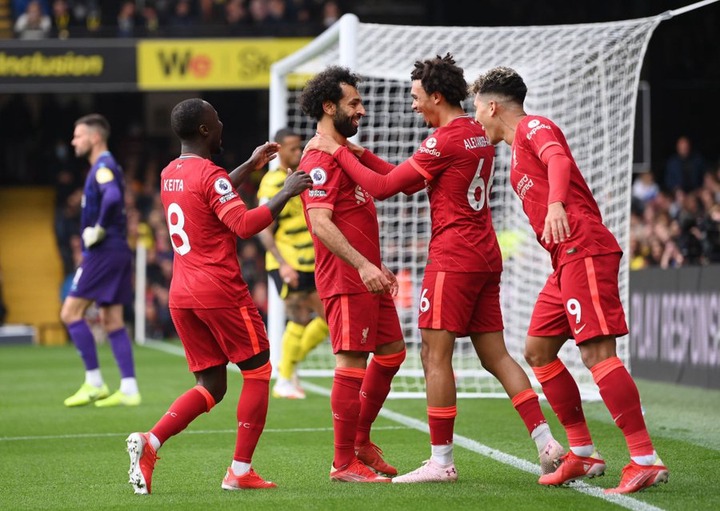 Mohammed Salah, who was a provider for Mane when he scored in the first half, turned up in the second half during the 54th minute, to score Liverpool's 4th goal of the game. 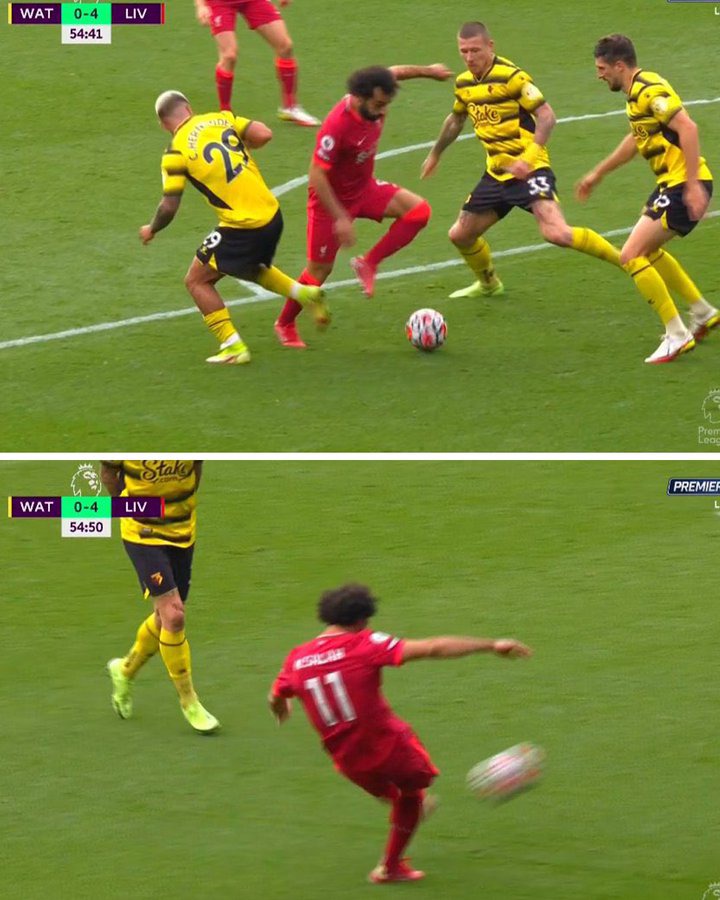 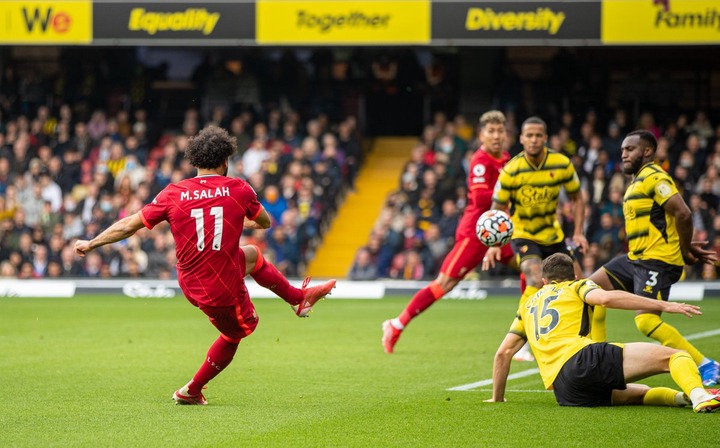 The goal was a beautiful individual effort from the forward, to show us how good he is.

Watford's young forward, saw his attempt hit the post, in the 85th minute. 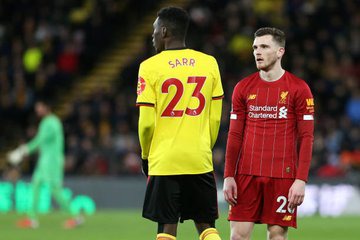 During the 85th minute, in what was Watford's best chance in the game, Sarr received a pass on the edge of the Liverpool box, but he saw his attempt to lob the keeper who was off his line, just hit the goalpost. What a chance that was.

7. Firminho makes it a hatrick for himself.

Firminho scored his 3rd of the game at the last minute, to get himself a hatrick, and making the scoreline 5-0 for Liverpool. 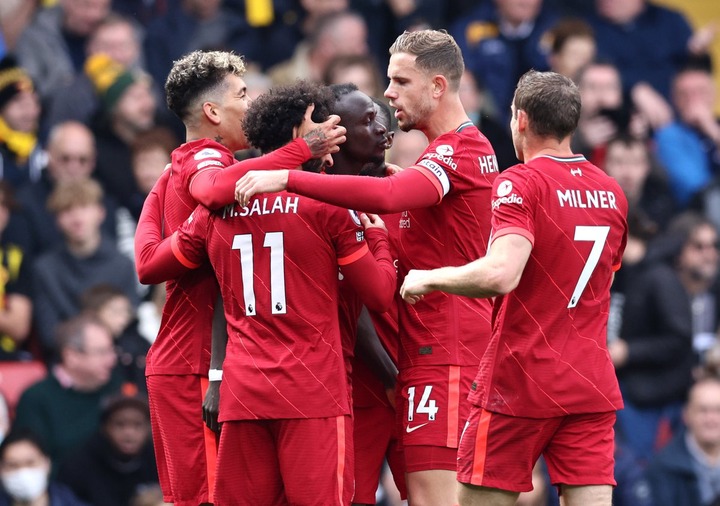 With this win now, Liverpool are now top of the English Premier league table with a total of 18 points. 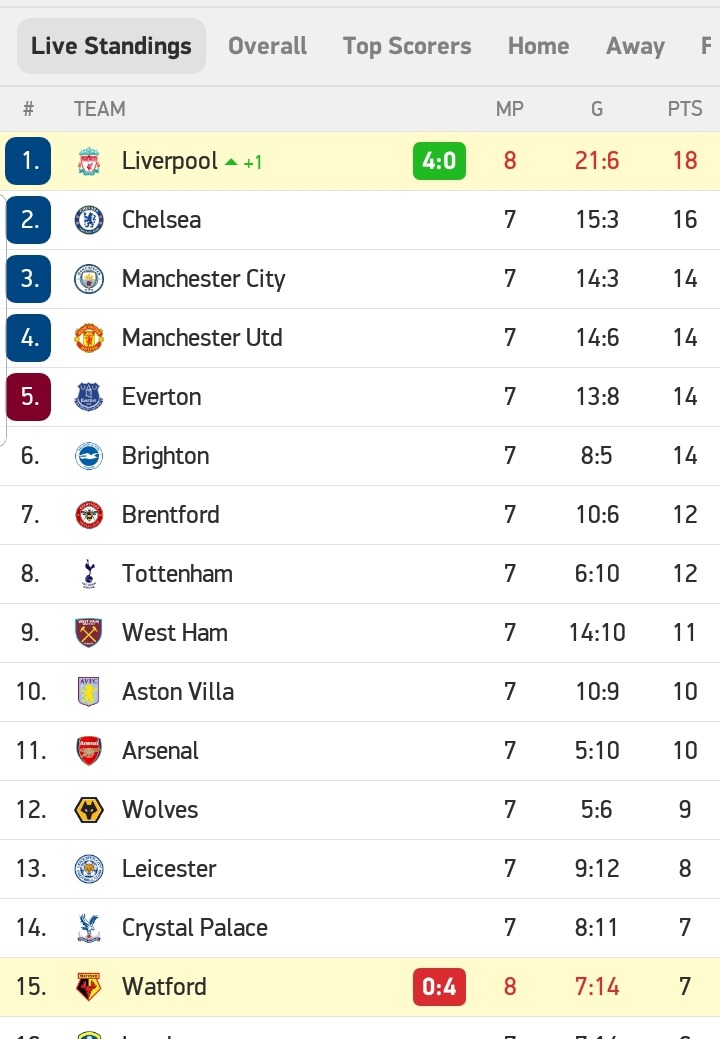 Who can catch them now?

For the Liverpool fans and other football fans in general, what do you have to say about this fantastic performance today?