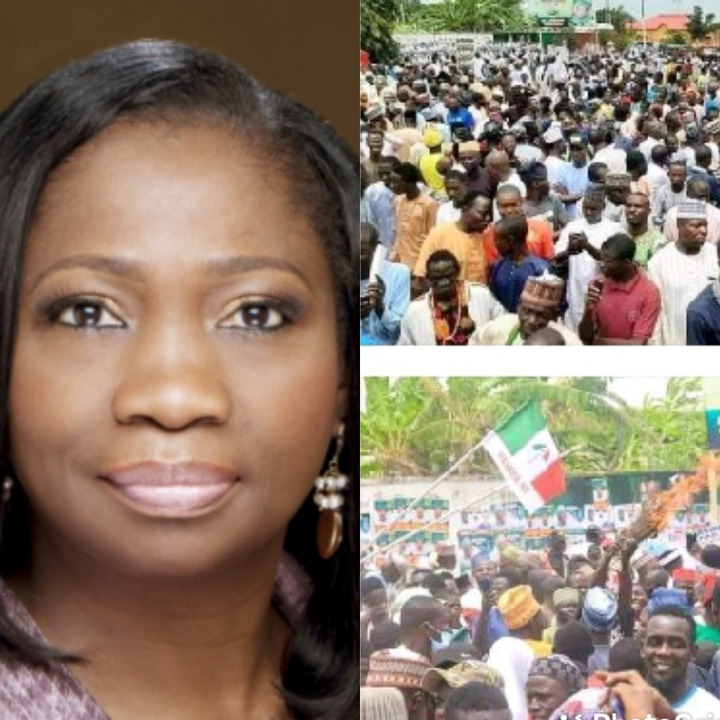 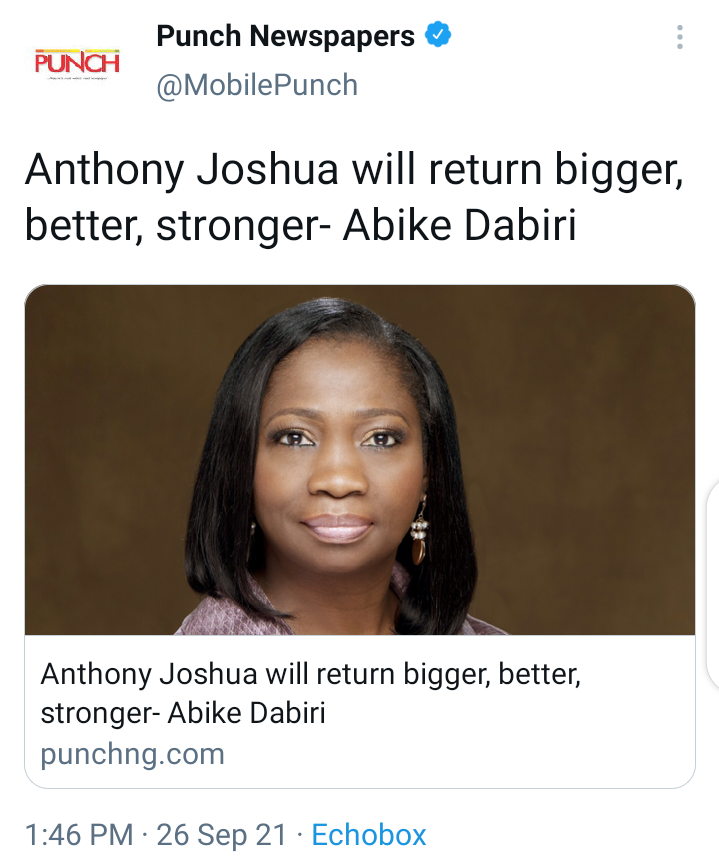 The Chairperson of the Nigerians in Diaspora Commission, Abike Dabiri-Erewa, has opined that Nigerian-British boxing champion, Anthony Joshua, will return to the boxing ring ‘bigger, better and stronger,’ after suffering defeat and losing his titles to Ukraine’s Oleksandr Usyk.

The NIDCOM boss sent the words of encouragement to Joshua following his defeat in the hand of Ukrainian professional boxer, Oleksandr Usyk, on Saturday night.

Joshua lost his IBF, WBA, WBO heavyweight titles to the Ukrainian in front of a 65,000 crowd at Tottenham Hotspur Stadium.

Sharing a picture of Joshua, the NIDCOM chairperson via her Instagram account expressed optimism that the boxer with bounce back in due time with the caption, “Temporary setbacks can’t take winners off their course. AJ will return bigger, better and stronger.” 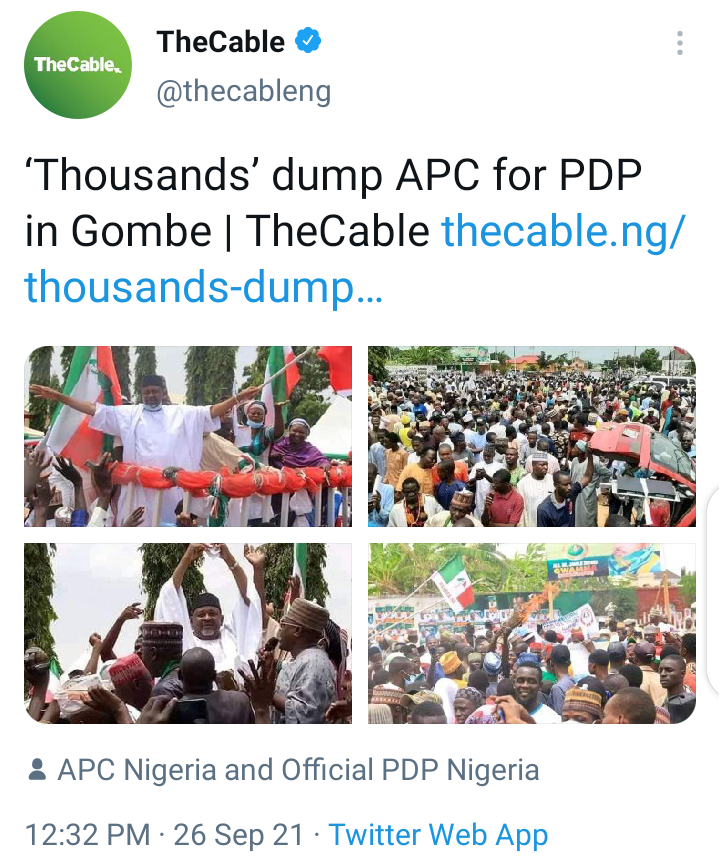 “We are glad to receive those that left the party, thinking that the PDP had collapsed. They are now coming back home,” he said. 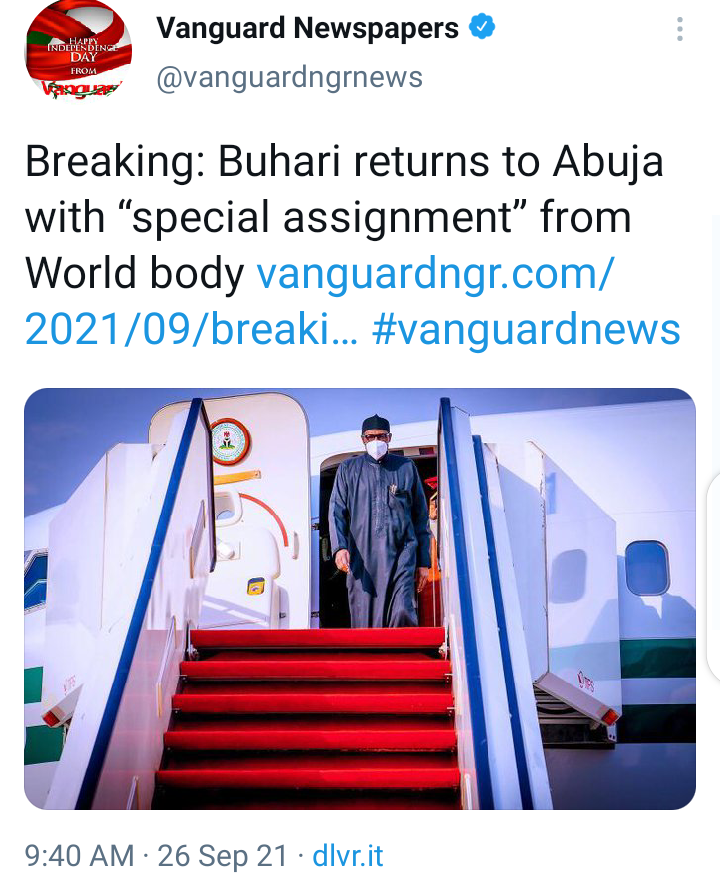 President Muhammadu Buhari has returned to Abuja after a loaded weeklong engagements at the 76th Session of the United Nations General Assembly (UNGA) in New York, United States of America.

The News Agency of Nigeria (NAN) reports the Nigerian leader came back with a special request from the UN Secretary General, Antonio Guterres, to help in restoring socio-political order in troubled West African countries.

Guterres, who commended Buhari for his leadership roles in Africa as well as stabilisation of the West African sub-region, was speaking during an audience with the Nigerian leader at the sidelines of the 76th Session of the UNGA.

The UN scribe observed that Africa, especially West Africa, was generally seen as an ocean of stability and good governance, but was deeply concerned at recent reversal of fortunes in democratic rule in some parts of the West African sub-region with coups overturning elected institutions.

Buhari To Inaugurate Police Quarters Built By NDDC In Rivers 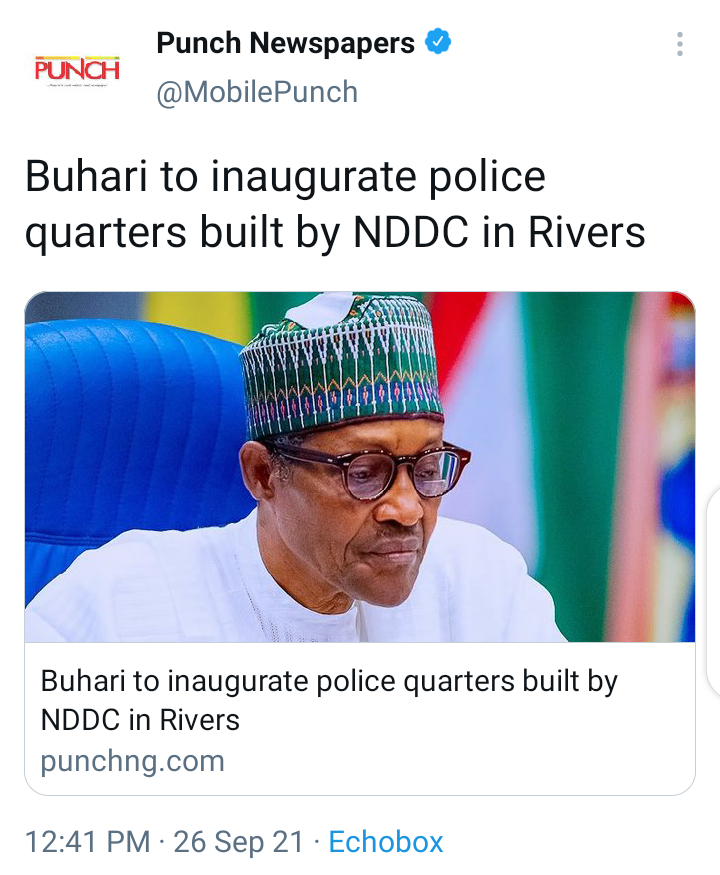 The NDDC Director, Corporate Affairs, Dr Ibitoye Abosede, in a statement on Sunday, said the Vice-President, Professor Yemi Osinbajo, will commission the 66-flat residential quarters and administrative block for security personnel in Rivers State on behalf of the president.

The project which had previously been inspected by the NDDC Interim Administrator, Mr Efiong Akwa, consists of an administrative block, an armoury, gatehouse, underground cell and 66 units of accommodation made up of the commander’s residence, second-in-command’s residence, and 64 one-bedroom flats.

Erdogan, An Exemplar To The World On How To Treat Refugees With Generosity, President Buhari says