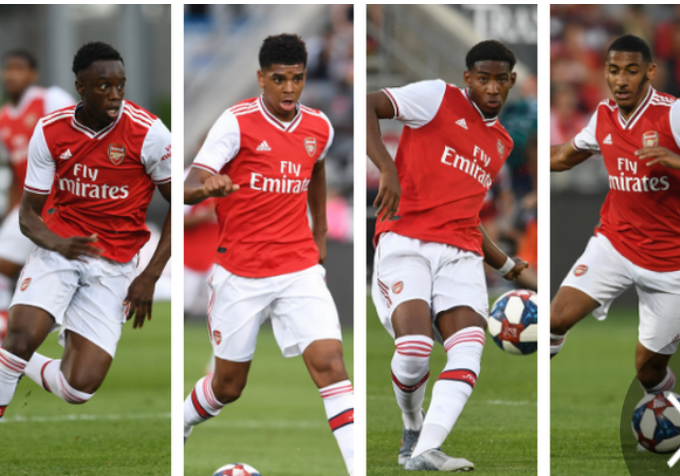 The season has not been a good season for the Gunners, with the U-23's finishing tenth on the league table - while the first team finished eighth on the Premier League table. 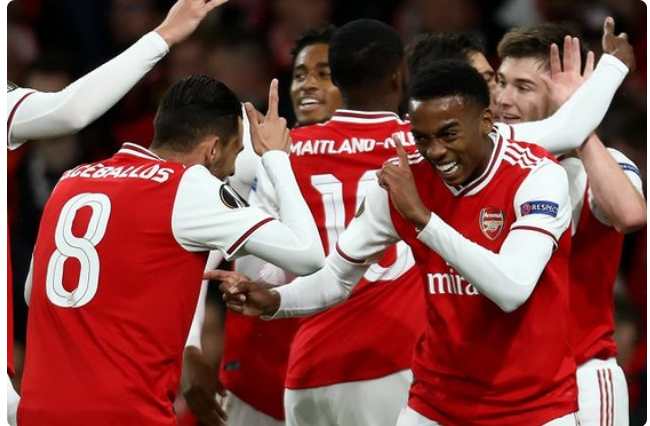 Ahead of the 2021/2022 season, Arsenal have announced their retained and released team. The Gunners have - retained - eleven Nigerian descent players for the academy. 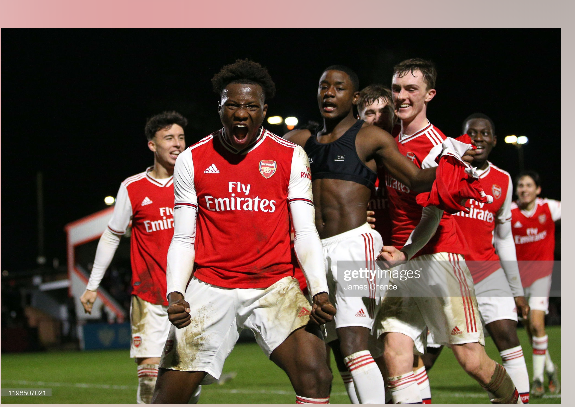 The players are out of contract at the end of the month but have - been offered - a new contract. They can join a new club if the deal between both parties is not confirmed. 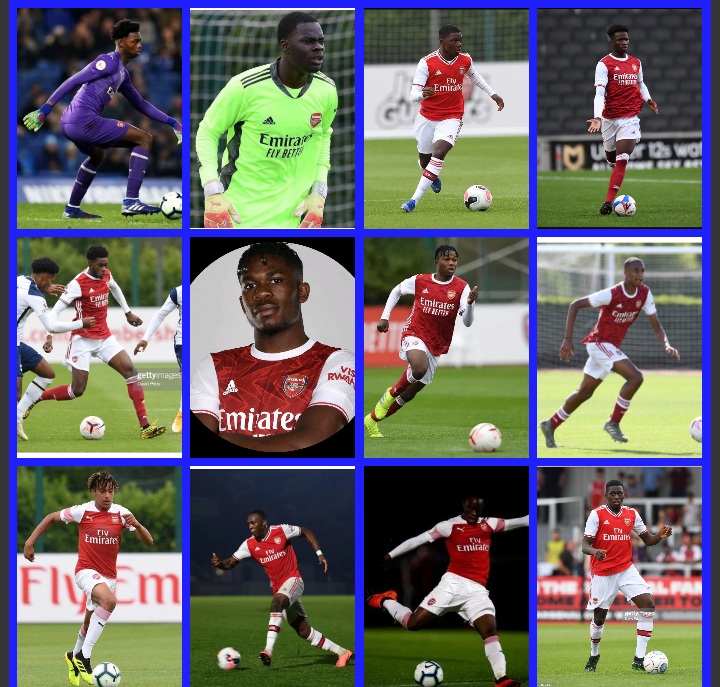 Born in London, the young goalkeeper is a tall and modern goalkeeper that is comfortable with his feet. 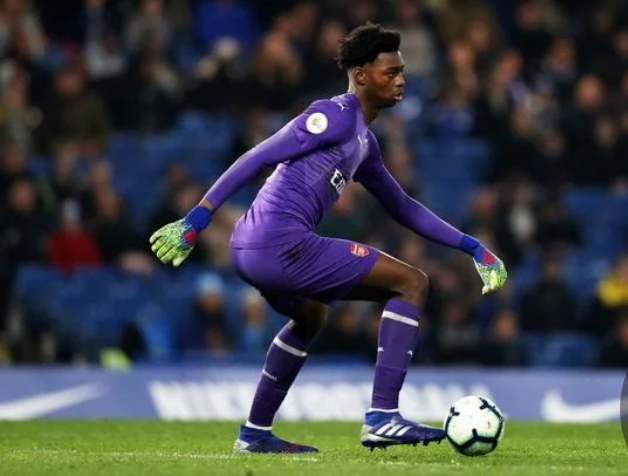 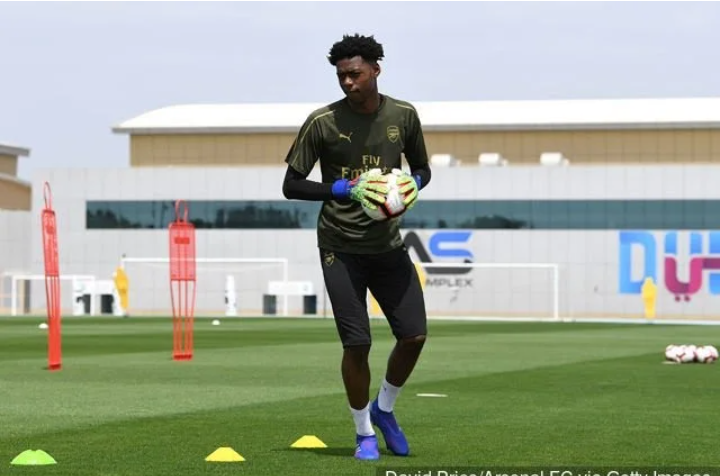 In Premier League 2, Arthur made seven appearances, conceded eleven goals, and kept a clean sheet. He tasted 564 minutes of action throughout the season. 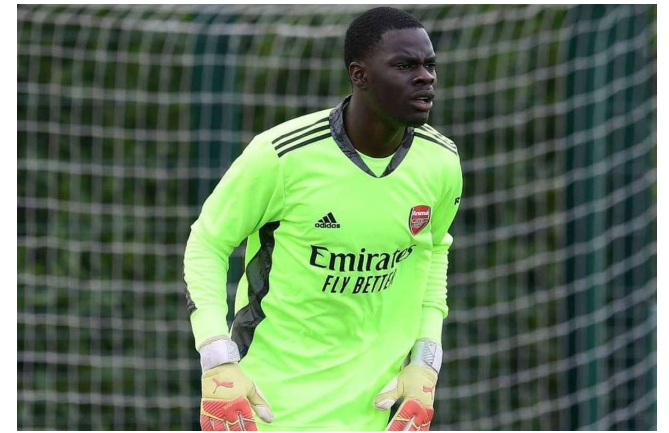 Ovie was in-between the sticks for Arsenal in the U-18 Premier League. The Nigerian descent youngster made nine appearances, conceding twelve goals, and kept two clean sheets.

Nathan is a speedy winger that can play on either flank. The youngster is credited with his work ethic and dynamism. The youngster made twelve appearances in the U-18 Premier League. He scored a goal and assisted one to help Arsenal finish fourth on the log.

Described as a no-nonsense defender Ogungbo plays a central defender but can play as a right-back. 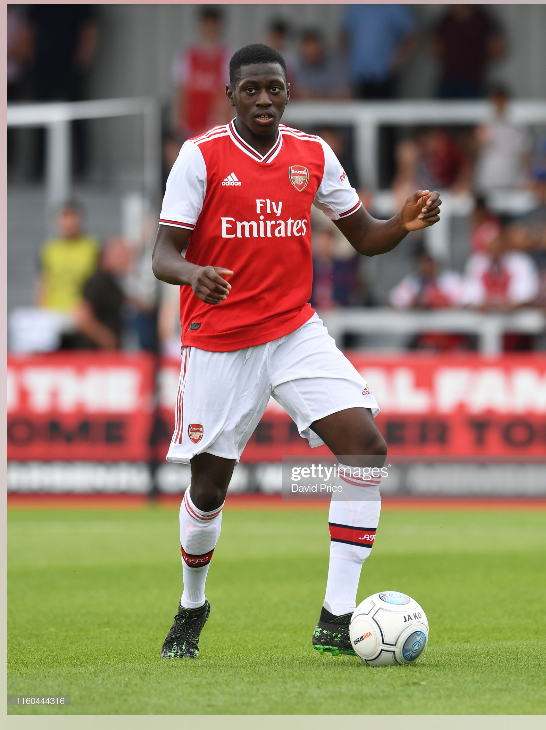 Another important player for the U-18 side - the youngster made fourteen appearances and scored two goals.

Daniel Oyegoke joined the Premier League club from Barnet. The young defender impressed in his first year as a scholar but now plays for the U23 side. 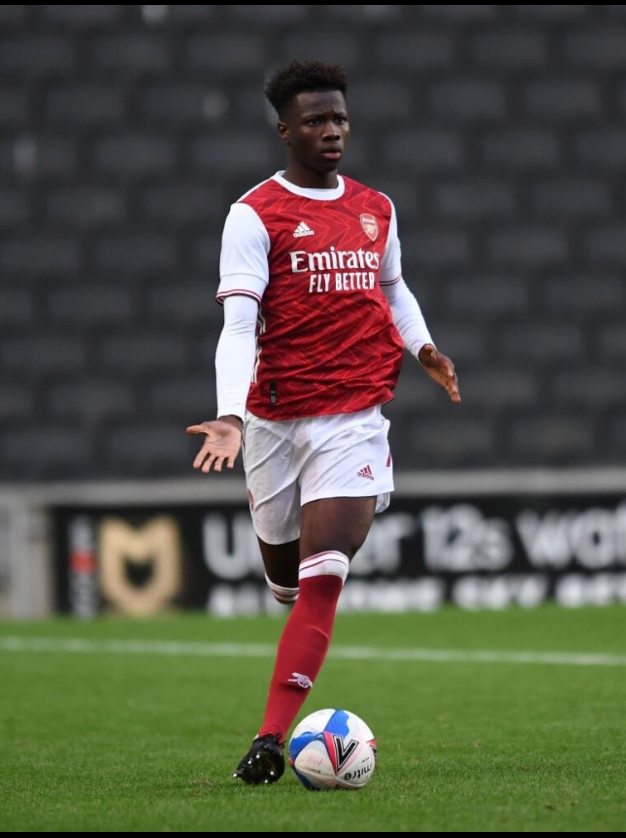 He made eleven appearances for Arsenal in the Premier League 2 this season.

Ryan Alebiosu is a hard-working player that can play as a winger or a full-back. The Nigerian descent defender plays in the Premier League 2 and the EFL trophy. 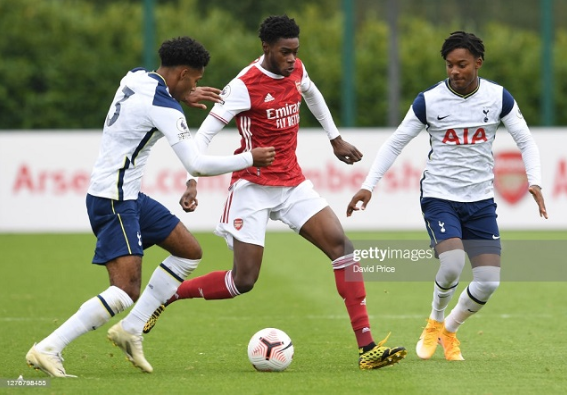 Alebiosu made eighteen appearances for Arsenal in the Premier League 2 and recorded an assist. He also featured three times in the EFL trophy. 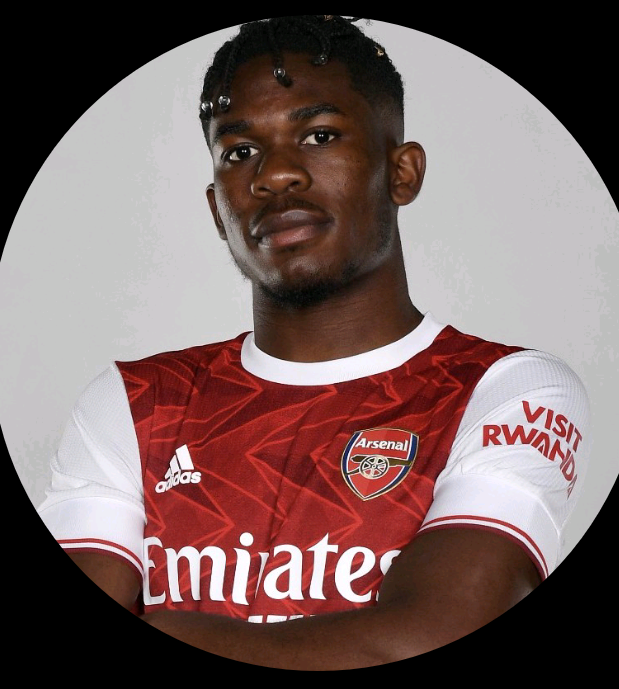 The Nigerian descent midfielder made twenty-two appearances in the Premier League 2 and created one assist. He, however, featured in four games in the EFL trophy.

Joel Ideho signed for Arsenal from Ajax in the summer. The tricky winger has been featuring for the U-23 since joining the Gunners. 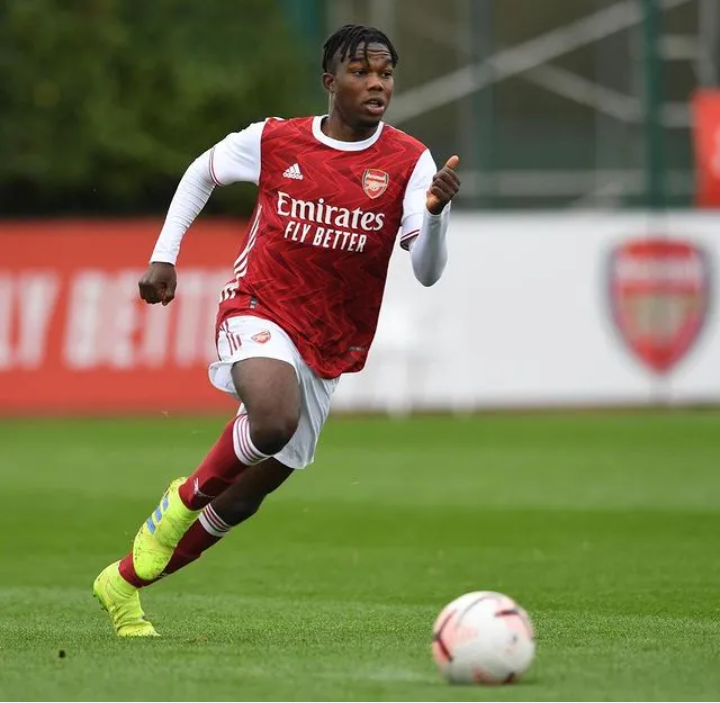 He made eight goals contribution - five goals and three assists in thirteen appearances for the U-23 side. 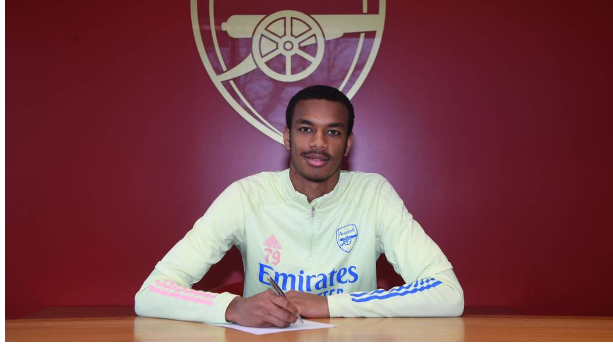 Awe is an important player for the U-18 side and played eighteen games in the previous season. 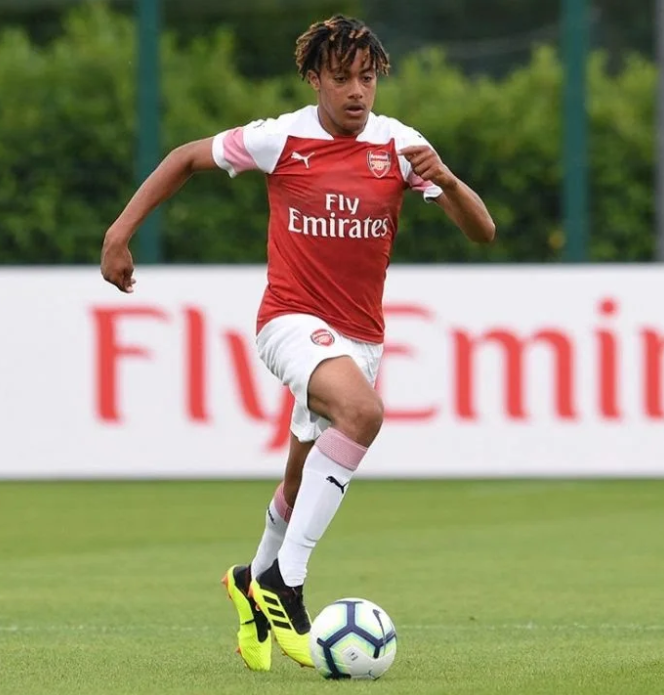 The central midfielder played fifteen games, scored a goal, and created two assists - in the Premier League 2 this season. 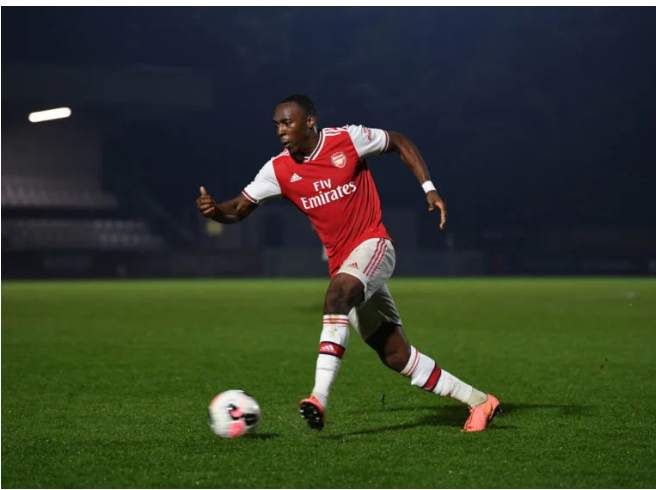 A powerful and creative left-back, Tolaji featured nine times in the Premier League 2 and created one assist.

James Olayinka is a versatile midfielder that made his Premier League 2 debut at the start of 2018/19 as a 17-year-old. 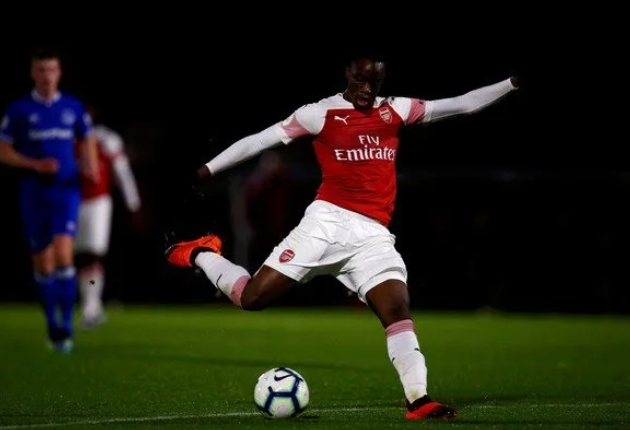 He made four appearances and scored a goal in the Premier League 2.

Although Folarin Balogun - was retained - his name was omitted in the article because - and considered - to be a first-team player next season.