The race for the Uefa Champions league knockout stages is heating up so fast and some of the biggest teams in the competition are in danger of dropping out of Europe’s most popular club Competition. 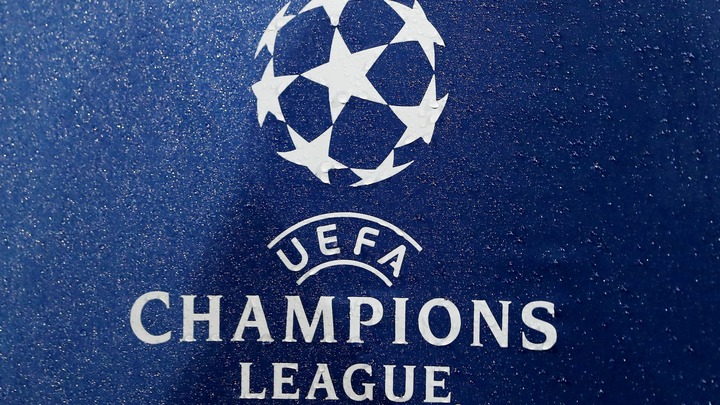 With Four match rounds already played, the race for the knockout stages of the champions league is beginning to take shape, with four teams already qualified with two games to spare. Liverpool, Juventus, Bayern Munich and Ajax are the teams which have qualified so far.

So without further Ado, let's take a look at the five big teams who are in danger of missing out on the knockout stage of the champions league this season. 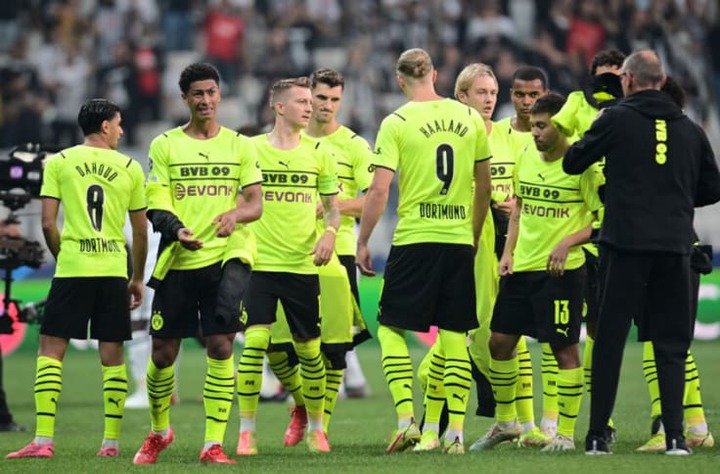 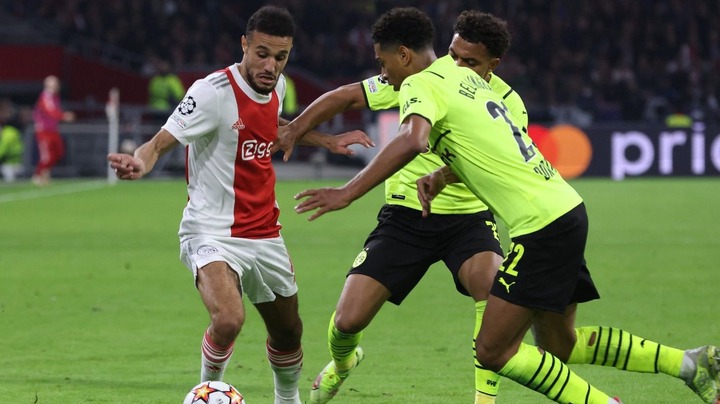 However, Dortmund’s 4-0 defeat to Ajax at Amsterdam and another defeat to Ajax on home soil meant that the German side will have to fight harder to qualify for the knockout stages of the champions league. Dortmund travel to Sporting Lisbon for matchday 5, hoping to put their previous setbacks behind them and with star striker Erling Haaland out with injury, another defeat would seriously jeopardize their hopes of making the champions league knockout stages this season. 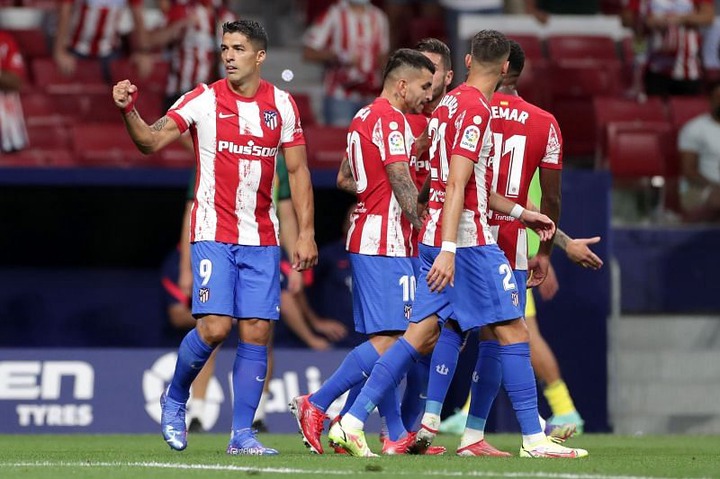 The Spanish champions have struggled greatly in Europe this season, recording only one win in four Uefa champions league games so far. 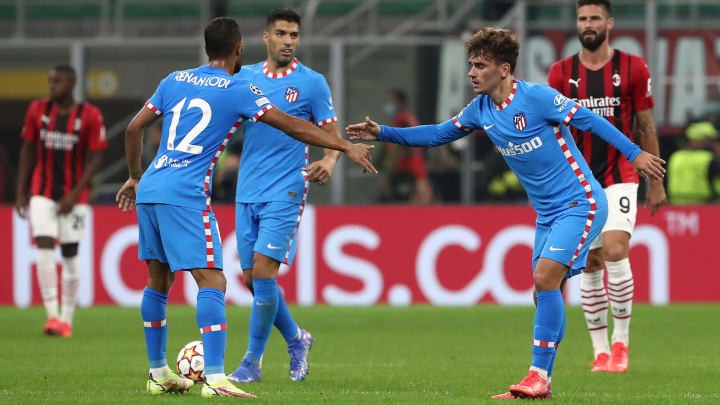 Diego Simeone's side were drawn in a very tough group, which contains three previous winners of the champions league (Liverpool, AC Milan and Porto). However, the two-time Champions League finalists have done themselves no favor by struggling to produce good results.

They kicked-off their champions league campaign with a disappointing goalless draw at home to Porto before winning 2-1 away at AC Milan. 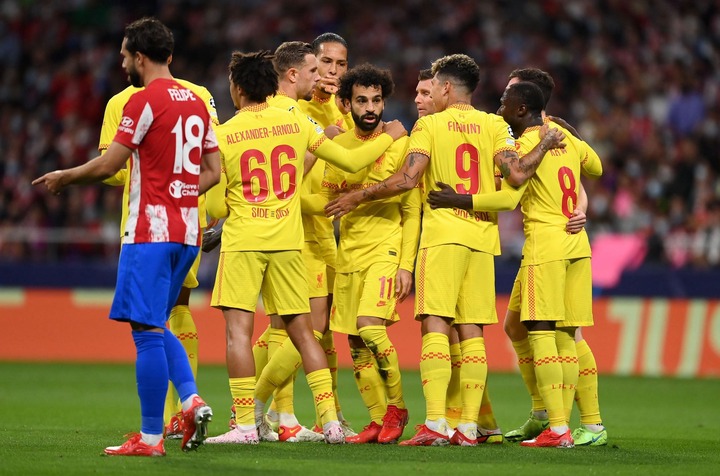 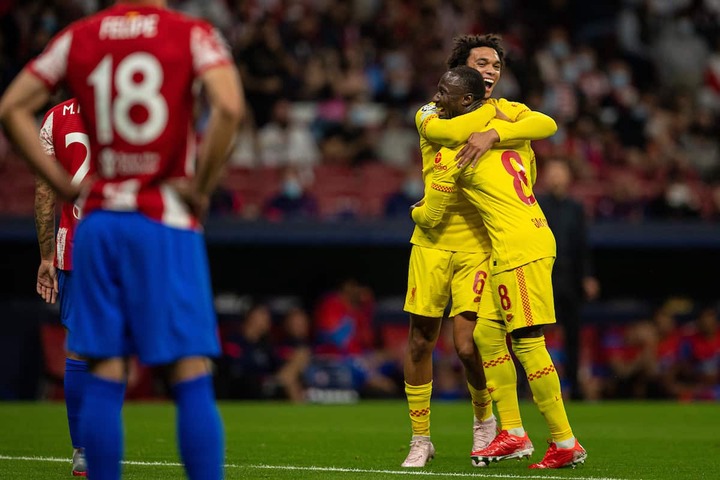 However, consecutive defeats to Liverpool in matchday 3 and 4 have put them in a Dangerous position and are in danger of making the knockout stage of the competition. 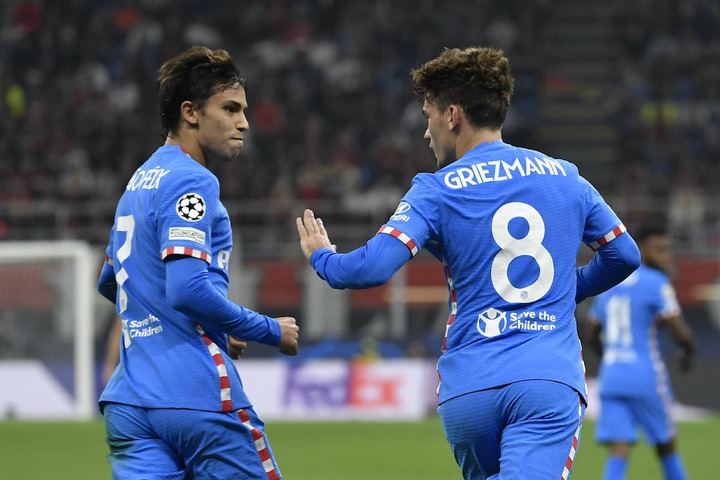 With Atletico currently one point adrift of Porto (5) and with 2 games to go, they'll have to grind out a result against Milan in matchday 5 to give themselves a chance of qualification and failure to do so may just spell the end of Rojiblancos' champions league campaign. AC Milan are another top side who are in danger of missing out on the knockout stage on their return to the champions league after almost a decade. 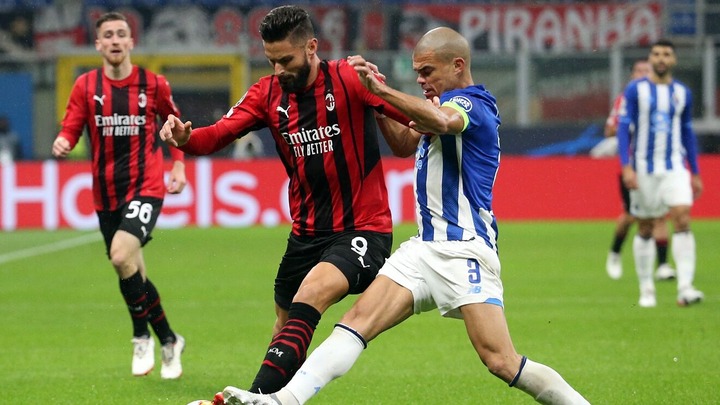 AC Milan made a poor start to their champions league campaign, with a 3-2 defeat to Liverpool, followed by another loss to Atletico Madrid in matchday 2. Two poor results in matchday 3 and 4 against Porto dented their hopes more of qualifing for the knockout stage.

Rock bottom of the group, AC Milan will have to get a good result in matchday 5 to keep their hopes alive. 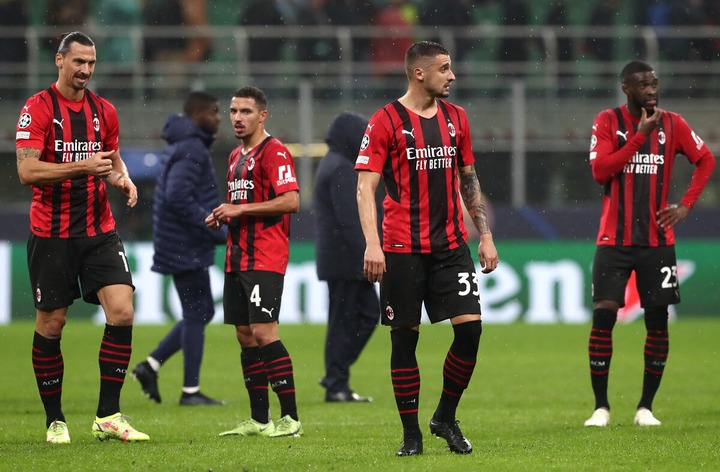 The Rossoneri will conclude their group-stage campaign against group winners Liverpool on Matchday 6. 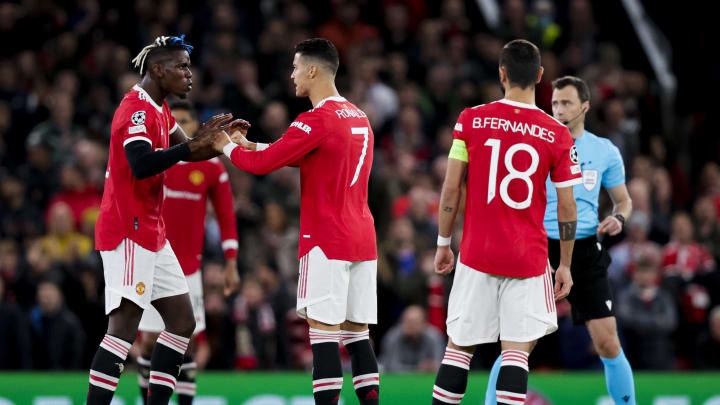 Despite leading their group after 4 matchdays, Manchester united are one side we fear may not make it to the knockouts due to their poor recent form, which hasn't inspired much confidence. 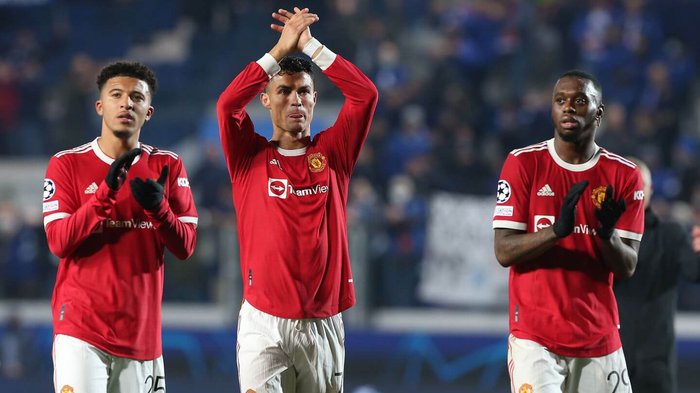 Portuguese superstar Cristiano Ronaldo and co are level on points with Villarreal (7) after four matchdays. However, a tough game awaits Manchester united on Matchday 5. 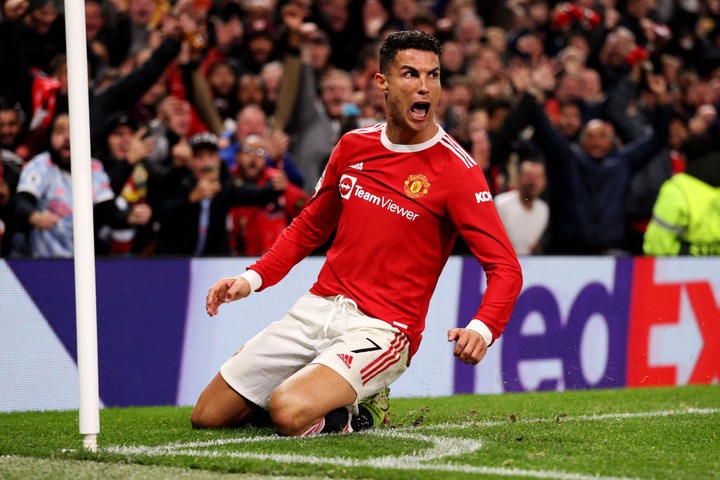 The struggling Premier League giants have been overly dependent on Cristiano Ronaldo, who has scored on all four Matchdays. Two of his last strikes have been game-winners, the other being an equalizer. 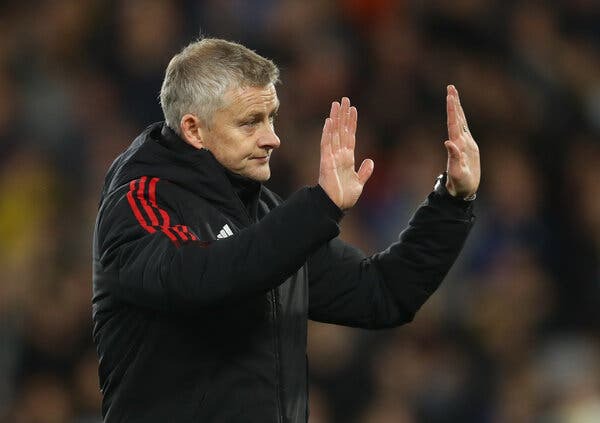 With red devils manager Ole Gunnar Solskjaer already sacked, The 20-time premier league winners will have Michael Carrick at the helm for the game. Manchester united look good to go through to the next round, but a defeat to Villarreal on matchday 5 could complicate matters. 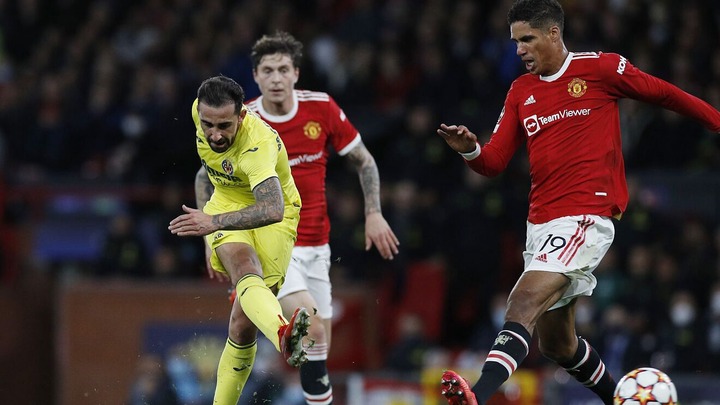 Nevertheless, even if they falter in Spain on Matchday 5, Young Boys are not expected to do the double over Manchester united at Old Trafford on matchday 6. In other words, united, at the moment, do not need to depend on results elsewhere to book their place in this season's Champions League Round of 16. 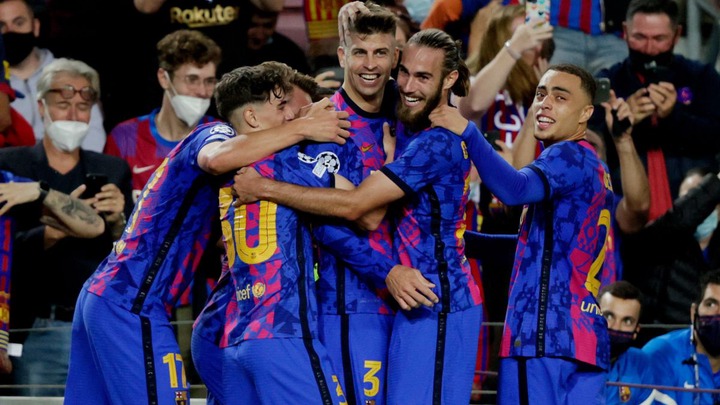 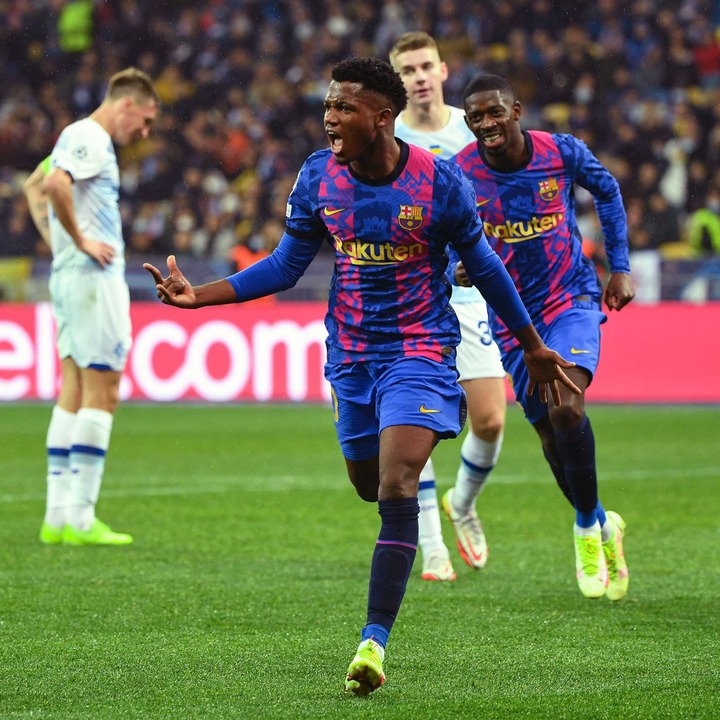 The Blaugrana though, managed to grind out a 1-0 win at home against Dynamo Kyiv to secure their first win of the group stage. Barcelona also won by the same scoreline when the two teams renewed acquaintances two weeks later, this time in Ukraine. 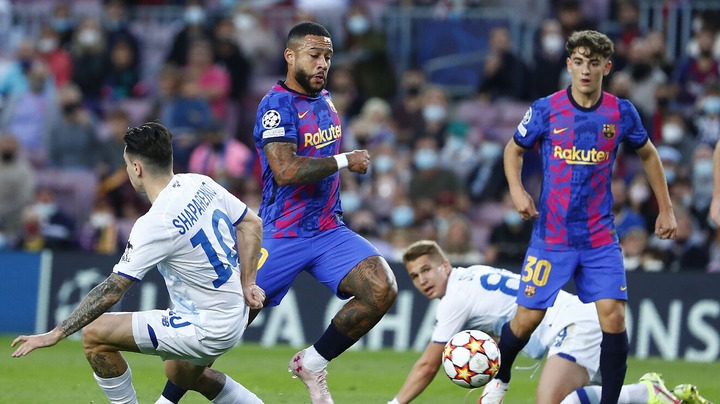 Xavi's men, who are now second in their group, welcome Benfica to the Camp Nou on Matchday 5. Any slip-up could prove costly as the Catalan giants travel to group winners Bayern Munich on Matchday 6. 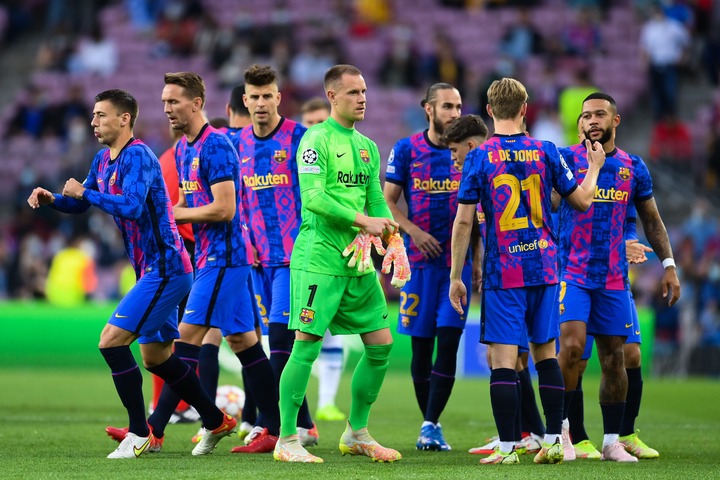 Based on current form, Barcelona are not expected to win at the Allianz Arena, even against what could be a weakened Bayern Munich team. It remains to be seen if Xavi’s men will be able to keep alive their proud record of not enduring a group-stage exit in the Uefa Champions League.

Please leave your thoughts and contributions on the comment section below.