By Evolutionboy (self media writer) | 1 year ago 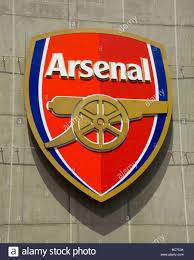 Arsenal play Tottenham away on the 12th of July 2020 in a premier league match.

Arsenal drew Leicester city in thier last match 0- 0, an away match on the 7th of July 2020. Aubameyang got the only goal for Arsenal.

Arsenal are 8th in the premier league table while Tottenham are 9th on the table.

The Arsenal squad in full

Callum chambars has Cruciate ligament injury. Bernd Leno is out with Knee injury. Pablo Mari has Ankle injury. Gabriel Martinelli is recovering from Knee surgery. Eddie Nketia is suspended for the tie after picking up a red card against Leicester.

Tottenham drew with Bournemouth away 0-0 on the 9th of July 2020 in thier last premier league match. Manager Jose Mourinho is coming under pressure for his teams recent performances.

Arsenal manager Mikel Arteta said in his pre match media conference that despite Tottenham Manager Jose Mourinho's recent results he still remains a top manager. He also said that there is " no update " on Matteo Guendouzi and Mesut Özil's situation at Arsenal.

Arsenal Still have Slim hopes of making the champions league next season if other results can go in thier favour and they win.