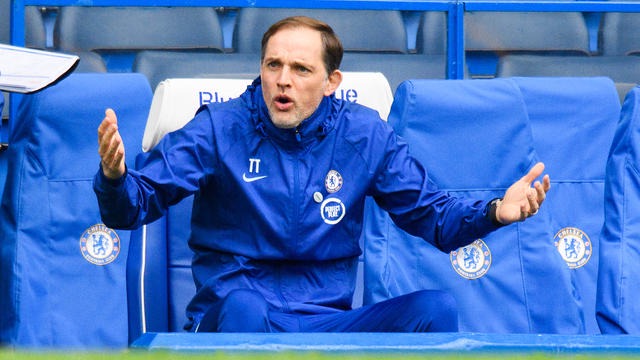 Chelsea managed a comfortable 4-0 win over Malmö in the Champions League on Wednesday, but lost their two starting forwards Romelu Lukaku and Timo Werner to injuries. The Belgian international sprained his ankle in a first-half incident in which he won a penalty which was later converted by Jorginho to double his team's lead.

A few minutes later, Thomas Tuchel also had to replace Werner with Callum Hudson-Odoi after the coach's compatriot suffered a thigh injury. Romelu sprained his ankle when he was fouled in the penalty area and Timo has an Achilles tendon injury.

So it will be a while before they both come back, Tuchel said We need more research to be more specific, but it will be available for some games. I don't regret playing Lukaku because it's not a muscle injury or physical exhaustion, it's a bit of an exaggeration.

Tuchels alternatives in the attack After Werner and Lukaku limped off, Chelsea played Kai Havertz as the false nine, flanked by Mason Mount and Hudson-Odoi in a 3-4-2-1 formation. So far this season, Tuchel has used either the old system or a 3-5-2 with three midfielders and two full-backs behind Werner and Lukaku. Timo Werner is being treated after sustaining an injury in Chelsea's 4-0 win over Malmo.

Given that Christian Pulisic is also out with injury and they have missed Chelsea's last nine games, the German manager doesn't have much of an attacking option at the moment. Playing with Hakim Ziyech up front alongside Mount and Havertz could also be an alternative, but a strong three-cushion midfield with NGolo Kante, Mateo Kovacic and Jorginho could also work in matches with stronger opponents.

This is how it is today and they did it today and there is still room for improvement. On Saturday we need the same performance, the same hunger, the same determination from everyone who starts with us because we need goals to play to win. We want to find solutions, but without Romelu and Timo that is clear and everyone participates in order to be decisive for us.