Arsenal's Bernd Leno pictured spending his rehabilitation with his girlfriend

It's been a sad situation for Arsenal number one following the restart of the league. 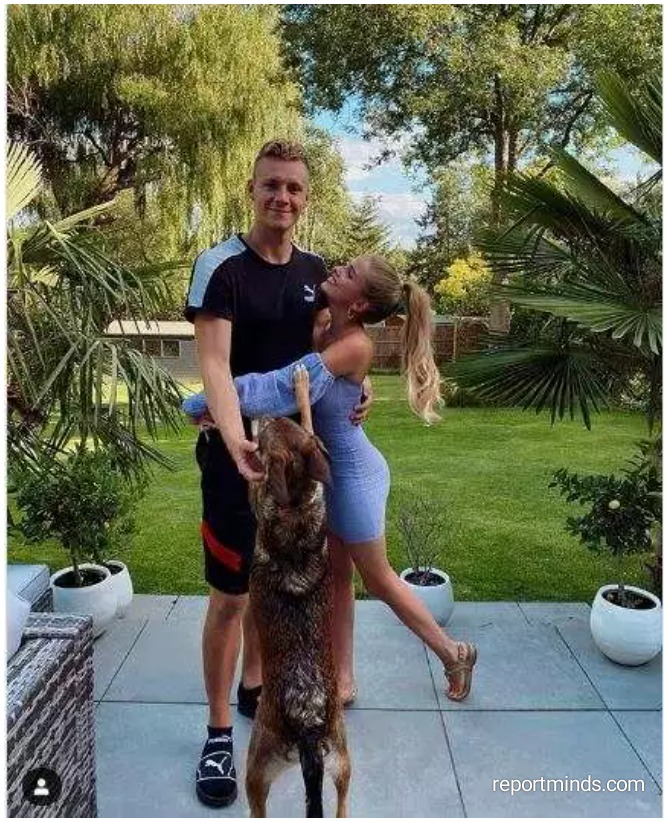 Bernd Leno was in goal for the Gunners when they face Manchester City at Etihad Stadium which ended 3-0.

The goalie sustained a serious knee injury against Brighton in the second game in the Premier League and the Gunners lost 2-1.

Leno was stretched off the pitch with his knee buckled after landing from a jump during a challenge for the ball with Brighton striker Neal Maupay.

He has been reciprocating well as he was pictured with his girlfriend, Sophie Christin.

It's been gathered that Leno and Christin have been dating for the past four years – August 15, 2015.

Sophie shared the snap on her page expressed her love for her boyfriend while giving him a warm hug.

She captioned: “when he makes u look short af”

Meanwhile, the Gunners continue to push for a spot in the Europa League after a 2-1 win against Liverpool on Wednesday night. Goals from Lacazette and Reiss Nelson ensured that Mikel Arteta recorded the three points.

Although, Saido Mane found the back of the net in the opening 20 monites, which was later cancelled due to two mistakes from Van Dijk and Alisson Becker.

Arsenal are now six points away frlm tjr Europa League spot with two games left to play till the end of the season.

MNU Vs ATA: One Thing Ole Must Change In His Game Plan Ahead Of UCL Clash Against Atalanta

Opinion: Instead of spending millions on Kounde in January, Tuchel should give more chances to Sarr