By AminullahiMuritala (self meida writer) | 12 days 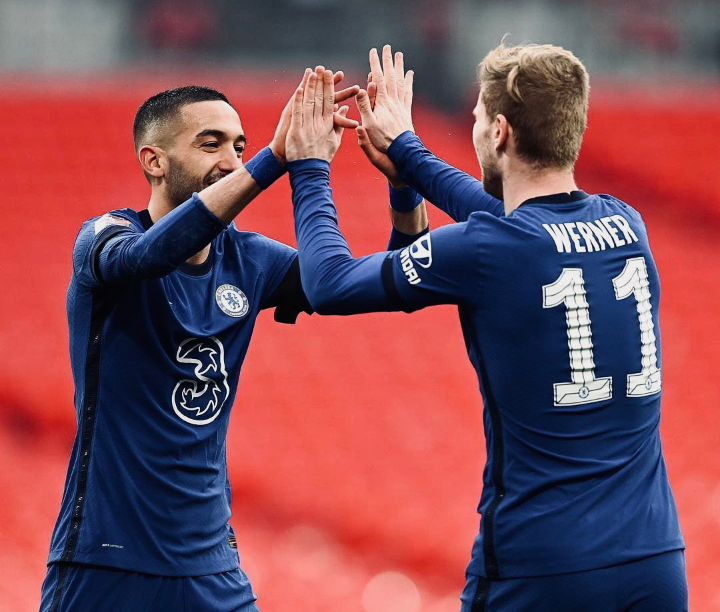 Real Madrid won't be pleased because of the way Chelsea handled them in their own backyard. Chelsea were the apparent underdog heading into the encounter at Alfredo Di Stefano on Tuesday evening.

However, the prey turned into Predator and Real Madrid were caged in by Chelsea. If Chelsea had a clinical Striker that wasn't missing the chances that Timo Werner missed in the game, the Blues would have left Spain with a strong foot in the Final of the UEFA Champions League.

Against West Ham United in their last league game, the 25-year-old ended his goal drought that had spanned 14 Matches. He scored in the first half of the game but he could have scored the second and probably the third if he was clinical enough.

As things stand now, Chelsea are in a dilemma of what to do with Timo Werner. His pace is what Chelsea needs against a pressing team and when Chelsea is on a counterattack. However, what's the use of pacy forward that can't score from close range, perform take on, hold the ball or make a final pass?

Thomas Tuchel would have felt the need to use his compatriot because he's a runner but how long does he have to keep up with him constantly bottling chances that's costing his team a lot.