"There is nothing to celebrate, we deserve more than this" Fans react to Arsenal's win over Liverpool 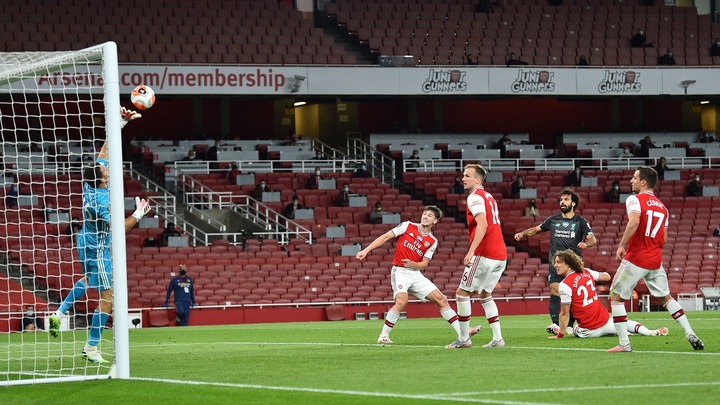 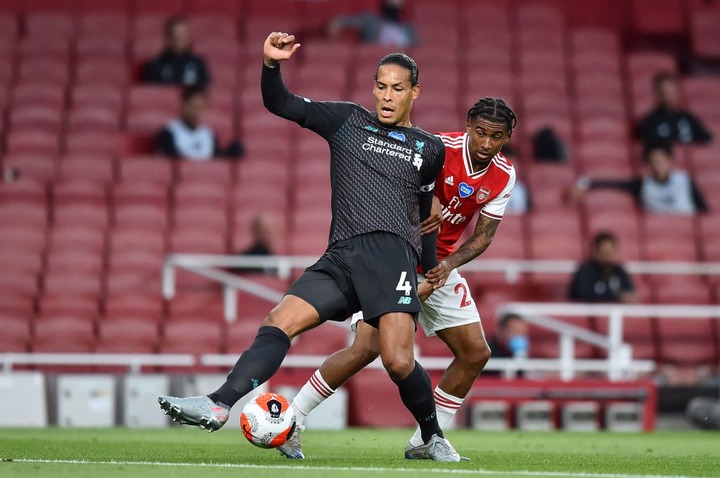 First Premier league victory for Arsenal over Liverpool in over two years. Arsenal defeated Premier League Champions Liverpool 2 -1 at the Emirates bouncing back from North London defeat in style. The Gunners defeated Liverpool at home thanks to unusual errors from Liverpool's back line. Van Dijk and Alison error on the night helped the Gunners gain a famous victory while the visitors suffered another loss in an almost perfect season. 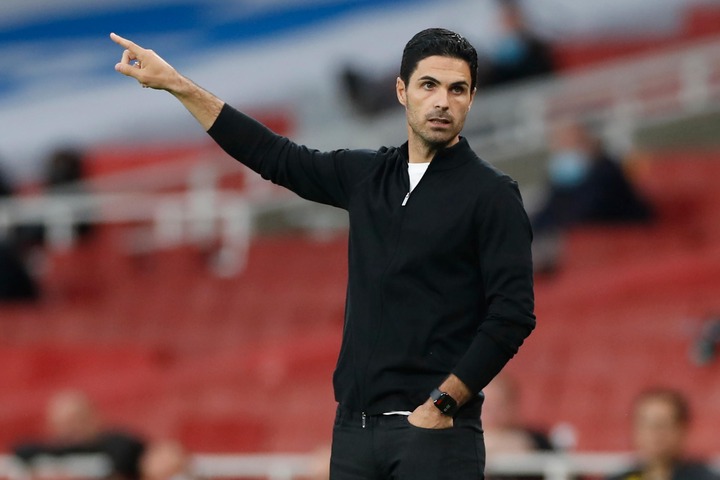 Mikel Arteta made four changes to the side that lost to Tottenham over the weekend. Pierre Emerick Aubameyang dropped to the bench alongside Dani Ceballos, Kolasinac, Bellerin and Mustafi in their place Saka, Holding, Torreira, Cedric and Nelson came on. 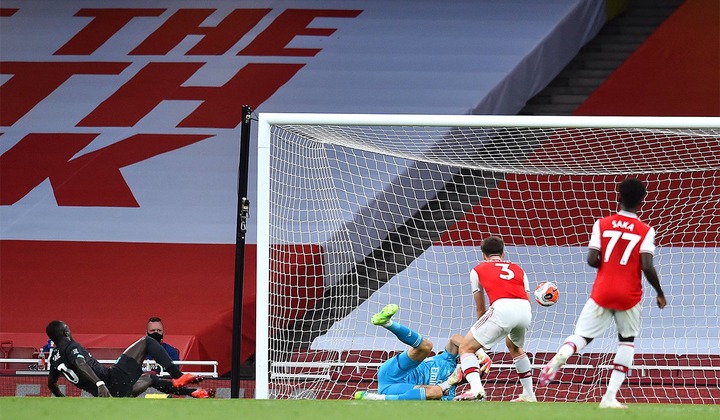 Liverpool were in the lead earlier in the first half. Influential forward Sadio Mane put the visitors in the lead in the 20th minute. Left back Andy Robertson gave a pass to Mane in Arsenal's box, the Senegalese took the shot with his first touch beating Martinez in Arsenal's goal. 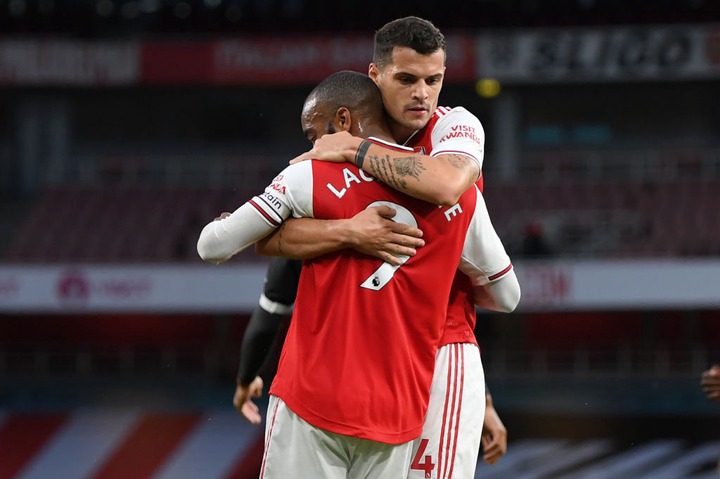 Arsenal quickly got their equalizer in the 32nd Minute from the skipper on the night Alexander Lacazette. The French man capitalized on Van Dijk loose pass at the back. Lacazette was alert as he won the ball and scored Arsenal's equalizer. Few minutes later, Liverpool goal keeper Alisson gave the ball away to Lacazette, the French man then gave a pass to Nelson who was in Liverpool's box. Nelson does well to score Arsenal 's second and his first ever Premier League goal. 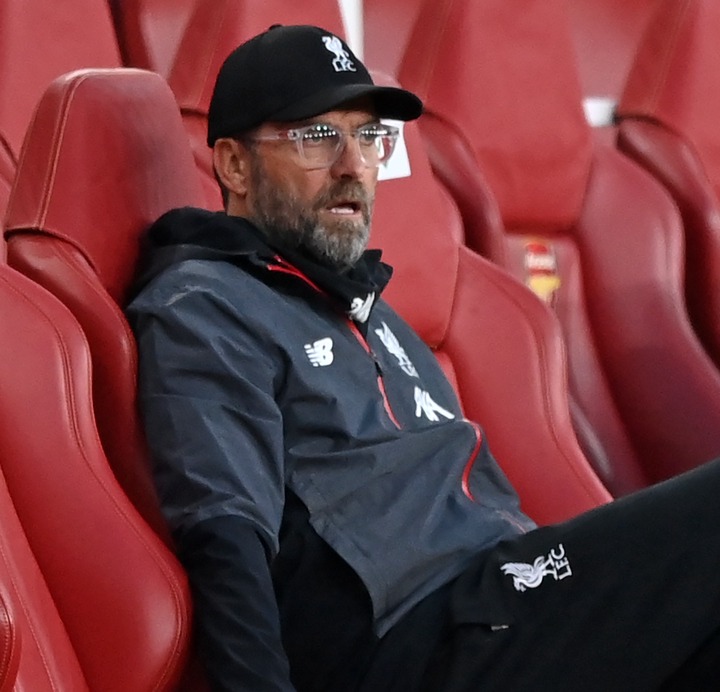 With the mistakes made in the first half, Liverpool tried to come back in the second half but wasteful play from the attackers saw Arsenal manage to get a slim victory against the Champions. 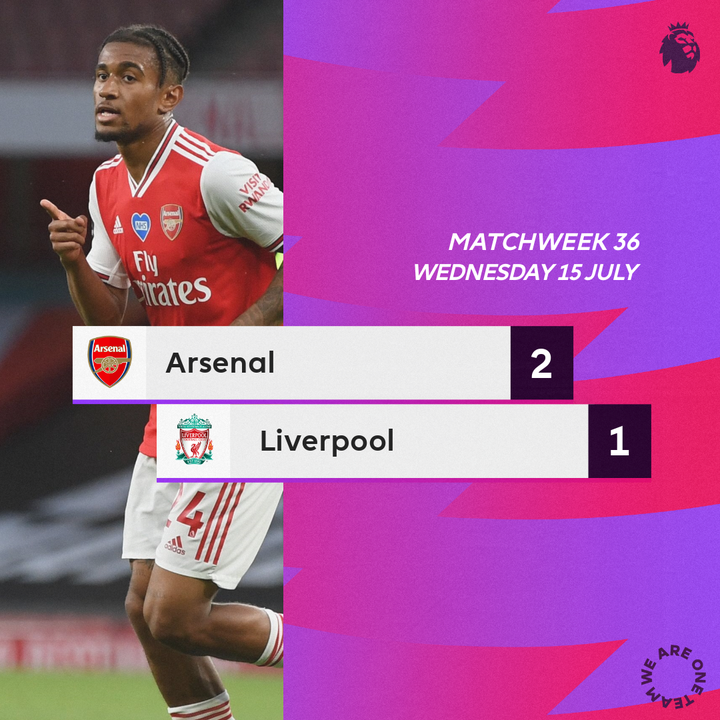 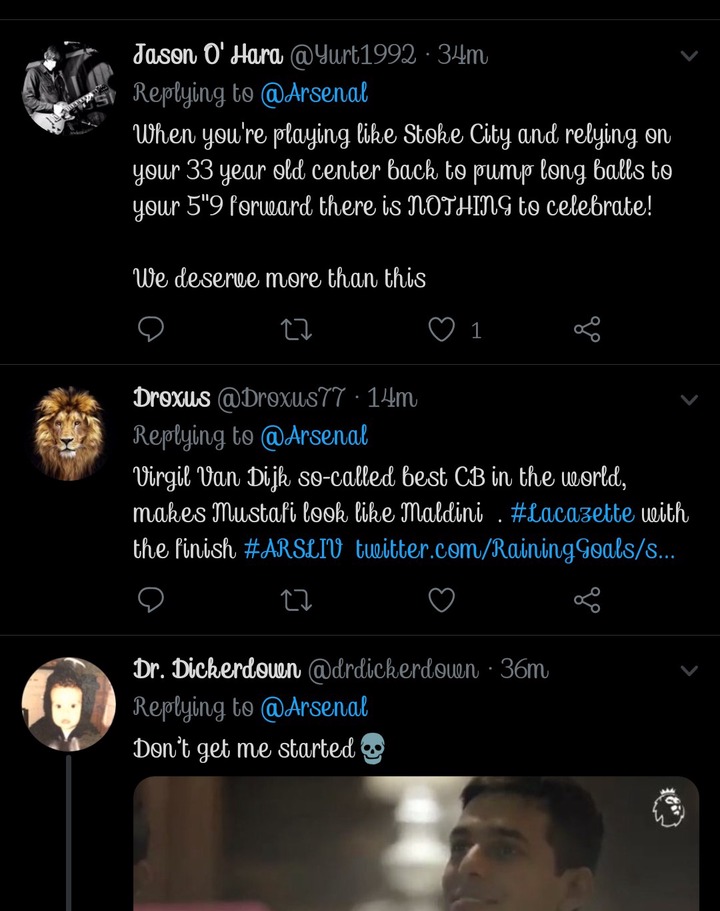 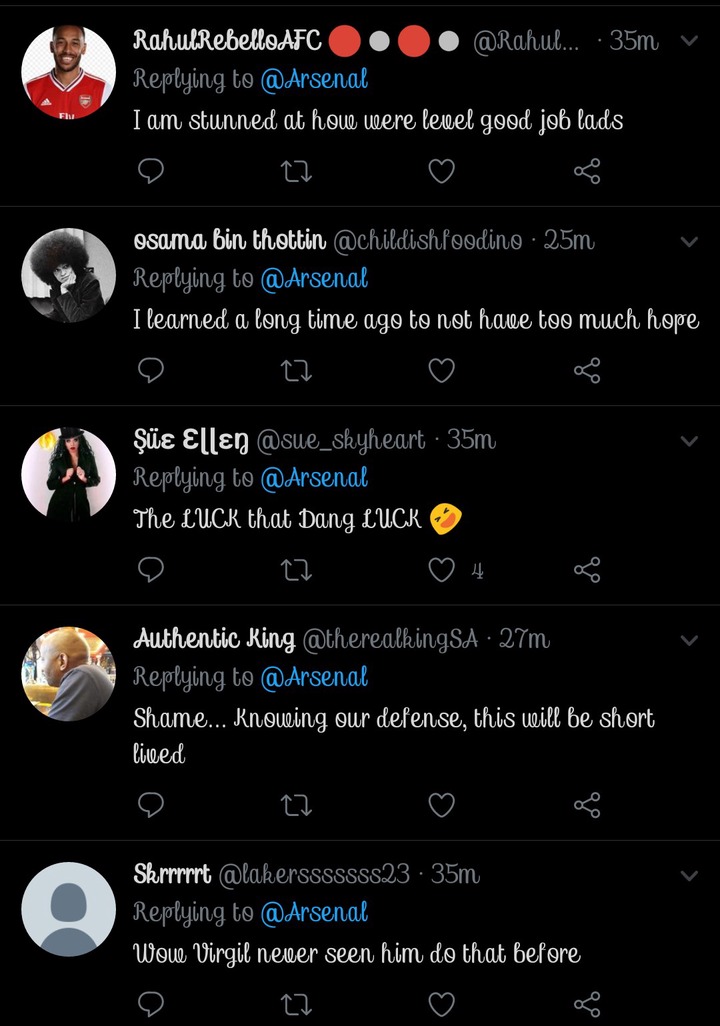 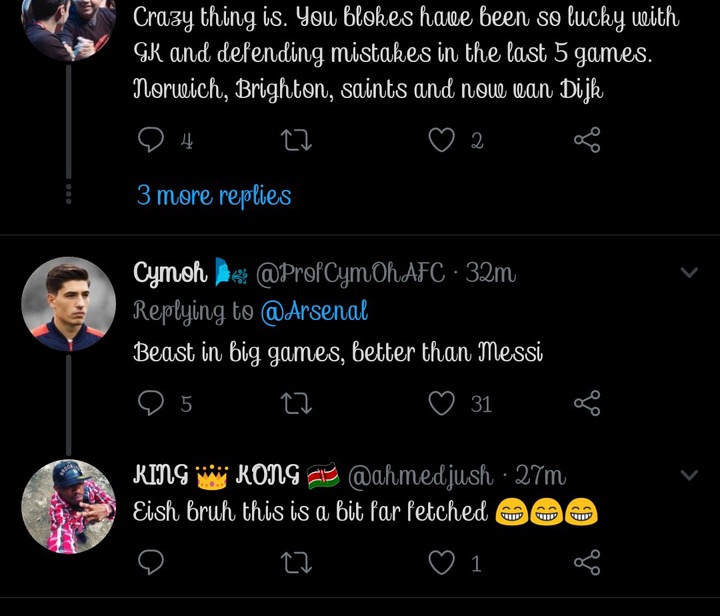