By TeamTA (self media writer) | 1 year ago 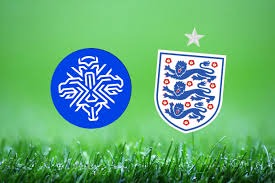 International football returns this week as the 2020-21 edition of the UEFA Nations League gets underway, and this Saturday sees a showdown in Reykjavik between Iceland and England to kick off League A’s Group 2.

The last time these two sides met was at Euro 2016, a round of 16 match that ended with a shocking victory for Iceland. Since then, however, England have been on the stronger run of the two.

So can Gareth Southgate’s Three Lions overcome Erik Hamren’s men this time around?

Iceland and England have only played each other on three occasions in the past. The first game, back in 1982, ended in a draw, and England then shellacked the smaller nation 6-1 in a warm-up friendly game prior to Euro 2004.

Of course, at Euro 2016 things were different. England were hugely favoured to whitewash the underdogs in the round of 16, but Iceland upset the odds and defeated Roy Hodgson’s team 2-1.

The match had seismic consequences for the Three Lions and can arguably be looked upon as the equivalent of hitting rock bottom, from which the only way was up.

Since then, England have been in excellent form. Gareth Southgate led them to the semi-finals of both the 2018 World Cup and 2018-19 Nations League, and although they suffered a defeat to the Czech Republic last October, they swept through their Euro 2020 qualifying group, winning seven games and scoring an incredible 37 goals.

Iceland’s fortunes, on the other hand, have slipped somewhat recently. They finished bottom of their 2018-19 Nations League group and then missed out on automatic qualification for Euro 2020 by finishing behind France and Turkey. They will, however, have a chance at qualifying through the playoffs when they face Romania in October.

Erik Hamren will unfortunately be calling upon a somewhat weakened squad to face England this weekend.

Premier League stars Gylfi Sigurdsson (Everton) and Johann Berg Gudmundsson (Burnley) have made themselves unavailable for selection, while Aron Gunnarsson has been blocked from travelling by his club Al Arabi.

Augsburg’s Alfred Finnbogason and Copenhagen’s Ragnar Sigurdsson are also out with injuries.

England boss Gareth Southgate has had his fair share of issues with his squad too. Liverpool’s Jordan Henderson is unavailable due to injury while both Marcus Rashford and Harry Winks withdrew from the squad last week citing fitness issues.

Central defender Harry Maguire has been pulled out of the squad following his recent legal issues, while curiously, Southgate has not named a recognised left-back amongst the 24 players at his disposal.

The Euro 2016 result will probably give Iceland some hope coming into this game, but the truth is that England are a very different side to the one that turned up in France four years ago. Under Southgate, England have been firing on all cylinders and are now absolutely ruthless when facing smaller sides.

Iceland’s defensive nous will mean they shouldn’t ship too many goals, but it’s hard to imagine them holding up against the attacking talents of Sterling, Kane and others, particularly with so many key men unavailable to them.

Content created and supplied by: TeamTA (via Opera News )