By c.nananews (self media writer) | 17 days ago The 2013 FIFA under 17 world cup winner was dropped to the bench by coach Urs Fischer and he was exceptional for the club after being introduced to the pitch.

The former Mainz 05 football club star has been in superb form for the German club since the beginning of the season, and he was able to extend his impressive performance on Thursday night. 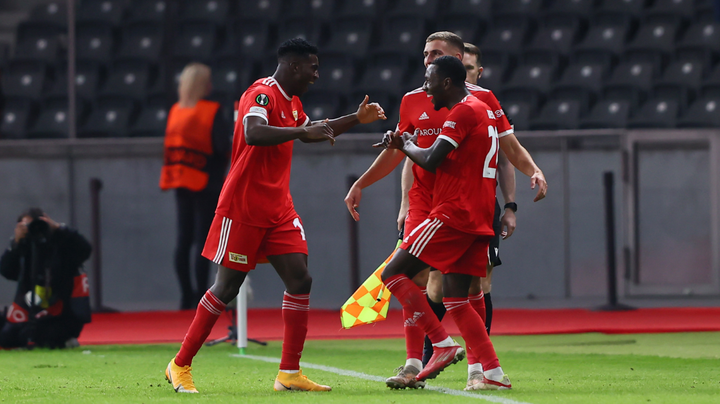 Taiwo Awoniyi was introduced to the pitch in the 73rd minutes, and he was able to impress immediately, as he scored a beautiful goal for his team in the 76th minutes.

A goal each from Andreas Volgsammer, Kevin Behrens and substitute Nigerian star Taiwo Awoniyi were enough to give the host a deserved victory over their opponent. Reacting after Taiwo Awoniyi scored a goal for his team, UEFA posted on their verified Twitter handle that; 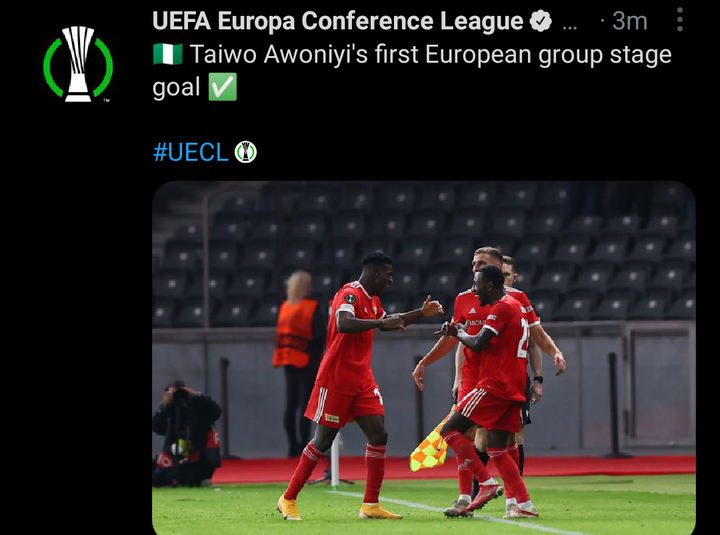 The Nigerian international will now be looking forward to continuing his impressive performance for the club when they play their next game.