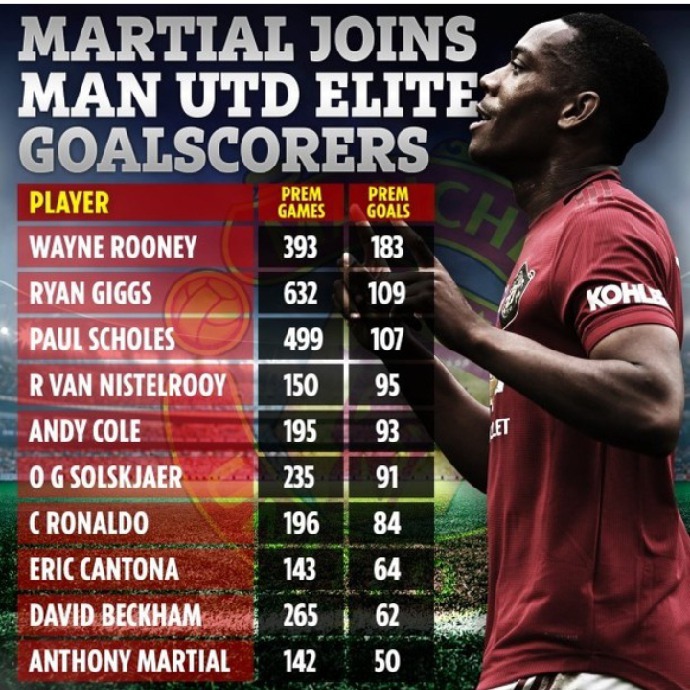 When we see Manchester united top 10 Elite Goal scorers, we would believe that Martial have a better Goal per game ratio than David Beckham. Imagine Anthony Martial being ranked tenth in Manchester united elite scorers list after scoring 50 goals in 142 games. While The ninth placed David Beckham Scored 62 goals in 265 appearances.

Wayne Rooney is still Manchester united top goalscorer, he scored 183 goals in 393 games. If Anthony Martial continues scoring like this , he would likely catch up with Wayne Rooney's figure. Ryan giggs is currently second in the list, he scored 109 goals in 632 premier league games. While Paul Scholes is the third on the list with 107 goals in 499 games.