Arsenal's biggest problem Arteta has to deal with now if he must excel with the team.

By Chukslegit (self meida writer) | 5 months

Again, the gunners were lucky to get a draw in their last league match at Leeds. Leno and the woodwork were Arsenal's saviour against a Leeds side that looked the more enterprising of both teams.

It was obvious on the pitch of play that there is a serious lack of cohesion and understanding in the team, as Arsenal were so ordinary, and were a shadow of what they were at the latter end of last season. 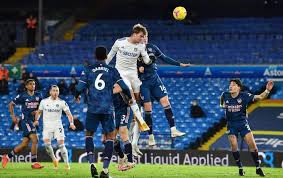 They played with less enthusiasm and determination. A situation that is gradually represented almost in all of the gunners last 4 games in the premiership.

One Problem identified as what may be responsible for this lackluster display by the team, has been the consistent fights among Arsenal players, which is increasingly becoming common in the training ground. 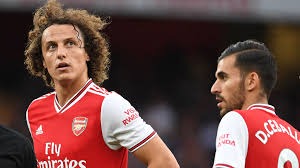 Few hours before the game against Leeds, there were reports of a serious confrontation between Lewis and Ceballos, wherein the former punched his teammate on the nose, according to gathered information.

This is reoccurring again after an earlier spat between Nketiah and Ceballos two months ago, and this leaves one to ask questions about recent events that has seen certain players like Ozil and Guendouzi axed from the team. 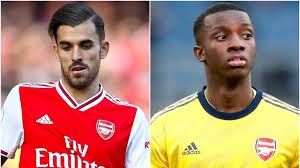 The situation begins to query and analyze coach Arteta's handling of the dressing room and his relationship with the players. Without doubt, the unity of the players remains the strongest assets of the team at this period when Arsenal and Arteta are finding it difficult to be consistent in the top flight division.

Arsenal has gone 5 games in the premier league, loosing 3, winning one and getting one draw. This is not a good result for a team who is wishing to compete with the table toppers, and regain its place in the English top division. 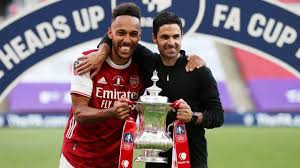 Arteta took the premiership by surprise when he took charge over a seemingly disjointed Arsenal side and guided them to both the FA cup and community shield title in his first few months. Visibly, was his ability to manage each player accordingly, and brought out the best from an arsenal team that lacked cohesion and team work. 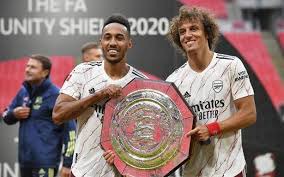 However, it appears the fun may not last long following a series of training ground spats among players, and worsened by poor performances and discouraging results. 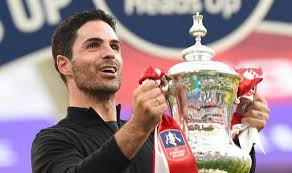 Arteta has to get his players back on track as it were few months ago, he has to take charge of the dressing room and reignite the bond that saw the Londoners took the league by storm. It was such agreement that was responsible for victories over arch rivals, Man city, Chelsea and Liverpool when they won the double last season.

After Chelsea Won 2-0 Against Madrid, See What Fans Noticed About Hazard's Mood That Got Reactions

CHE Vs MNC: See Multiple Reasons Why Chelsea Can Be Seen As Serious Favorites For UCL Trophy.

After Chelsea Made It To The Champions League Final, See The Amount They Will Be Paid

Here is what Mason Mount said after Chelsea's victory over Real Madrid.