Sometimes you'll watch an international match and see players black like you from the same origin playing for another country(specifically Europe). Then you'll imagine if we have these players in the Super Eagles, we would have lifted the world cup if not more than once.

Some players opted for other countries not because they are not patriotic to their home country, but because they feel they will get more chances of succeeding there.

Now we're going to read about Nigerian players who didn't play for their home countries;if they have, we would have won the world cup. 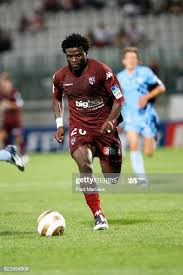 Born in Lagos, he chose Benin Republic over Nigeria. Thou he started his footballing career in Nigeria, he later switched to Benin Republic after the Nigeria Football Federation(NFF) slammed a five-year ban on him for allegedly assaulting a referee during a League match between Sunshine United and Enyimba.

Having seen that his footballing career is at a dead end in Nigeria, he left for Benin Republic and made a name for himself there.

He has scored 21 goals in 58 appearances for his adopted country. 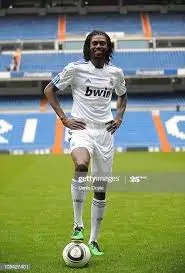 Born in Lome, he is originally from Osun state. The Togolese has played for clubs like Arsenal, Tottenham, Monaco, Man city and Real Madrid.

He was also voted African Footballer of the year in 2007.

A terrible loss for the Nigeria's Super Eagles. 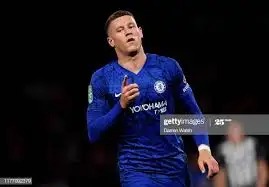 I know you reading this will be surprised that he's on this list. Yes his paternal grandparents are Nigerians.

There's a twist in his life story, that's why his name is completely Englishized.

Hr didn't give Nigeria a second thought and chose England. He believes he'll have a brighter future there. It's actually true though. 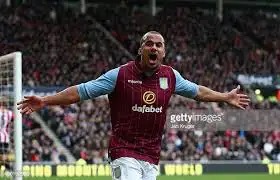 Another huge miss in the National squad. He chose England over Nigeria despite all pleas to represent his homeland.

He was called up on September 20, 2006 for the Nigerians U-20 team for a match against Rwanda and he turned down the call abruptly. 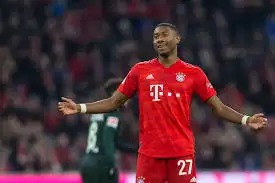 Alaba was born in Vienna to Gina and George Alaba. His mother emigrated from Philippines to work as a nurse, while his Yoruba Nigerian father is a prince from Ogere, who is a rapper and also a DJ.

He's currently one of the best left back in the world, originally from Nigeria. But unfortunately he doesn't represent his homeland in any form. An unfortunate miss for Nigeria. 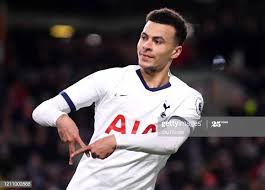 Born on April 11, 1996. Bamidele Jermain Ali plays as a midfielder for Tottenham and the England national team. He joined Tottenham Hotspur in 2015 from Milton Keynes Dons for £5. He made his first national debut in 2015.

He was born and raised in Milton Keynes. He was born to a Nigerian father Kenny and an English mother Denise.

Imagine having these players in the Super Eagles, Nigeria would have been in the top 1 ranking in Africa and probably top 10 in world.