Zinedine Zidane have been linked with a move to Manchester United, and many fans are also calling on the management of Manchester United to appoint the French coach as the new manager of the team.

The former Real Madrid coach might want to use a different lineup at the club, so here are 3 lineups Zinedine Zidane could use at Manchester United if he becomes their new coach. 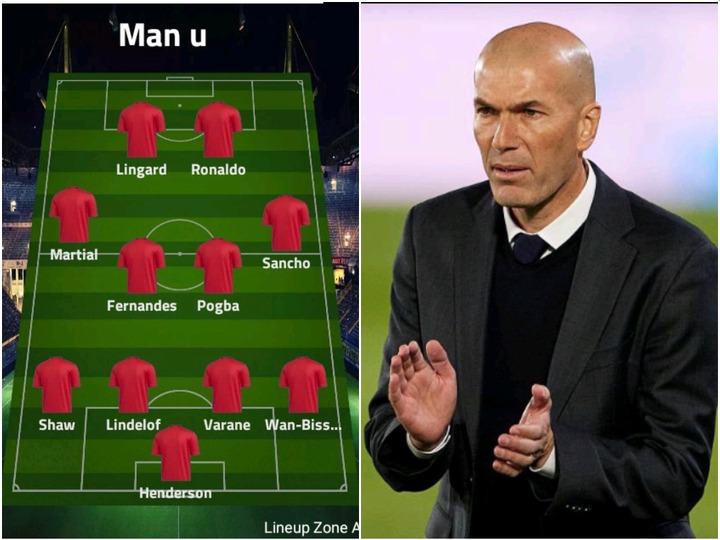 The former Real Madrid coach might want to use the 4:3:3 formation that he was always using at Manchester United and David De Gea could be the goal keeper.

Fred could get a place in the defensive midfield position If Zidane uses the 4:3:3 formation, this could also see the duo of Paul Pogba and Bruno Fernandes occupying the attacking midfield position. 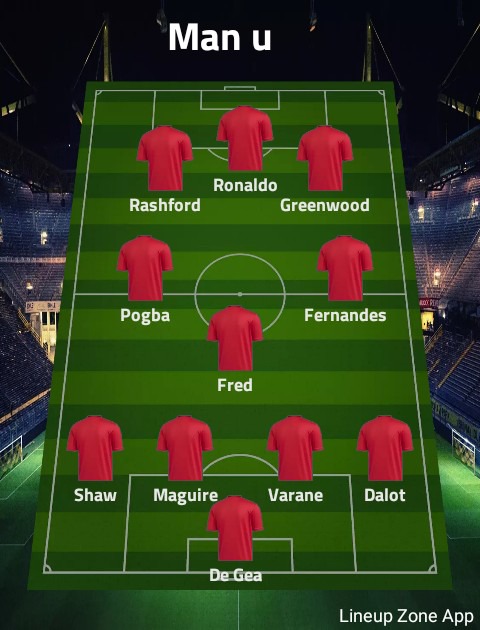 Cristiano Ronaldo could be partnered in the attack by Marcus Rashford who has been performing well after his recovery from injury. Mason Greenwood could also book a place in the attack.

Zinedine Zidane seem to be an admirer of David De Gea, so the Spanish goal keeper could still remain the first choice goalkeeper for the club even if the coach is using the 4:2:3:1 formation.

Harry Maguire could still return to the central defense position alongside Raphael Varane. But Aaron Wan-Bissaka could replace Diogo Dalot in the right full-back position because much attacking actions might not be needed from the full-backs in this formation.

Luke Shaw could play as the left full-back for the club while Scott McTominay might be the one to play in the defensive midfield position alongside Paul Pogba. This will see Bruno Fernandes playing as the central attacking midfielder.

Jadon Sancho could make it to the starting lineup as the right winger while Marcus Rashford will play as the left winger. Cristiano Ronaldo is an automatic starter in the team so he could play as the striker. 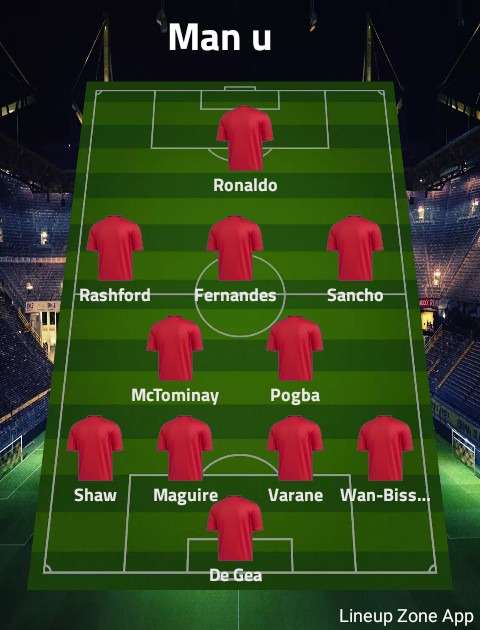 The coach could also use the 4:4:2 formation with Dean Henderson making it to the starting lineup as the goal keeper, Victor Lindelof could partner Raphael Varane in this particular lineup.

Aaron Wan-Bissaka could also maintain his place as the right full-back while Alex Telles could be preferred in this particular lineup. Paul Pogba could also partner Bruno Fernandes in the central midfield position.

Jadon Sancho could be the one to play in the right flank, though in a more deeper position. While Anthony Martial could make it to the starting lineup to play in a similar position, but from the left. Then Cristiano Ronaldo will play as the striker alongside Jesse Lingard. 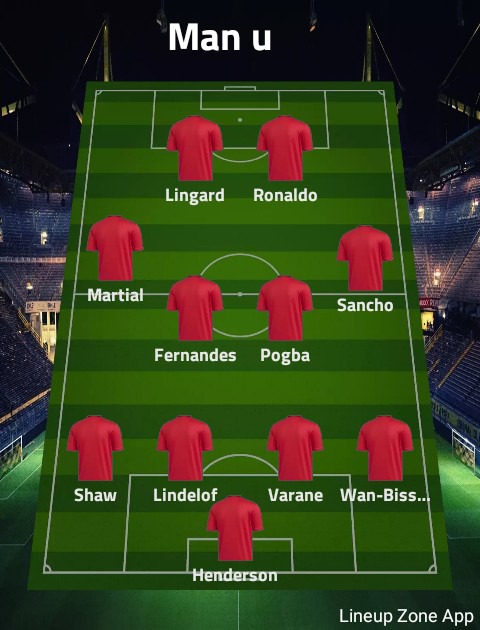 Meanwhile, which of these lineups do you think will be more suitable for Manchester United football club if Zinedine Zidane becomes their new coach? Share your thoughts with us, thanks.