By Surebwoii (self meida writer) | 1 months 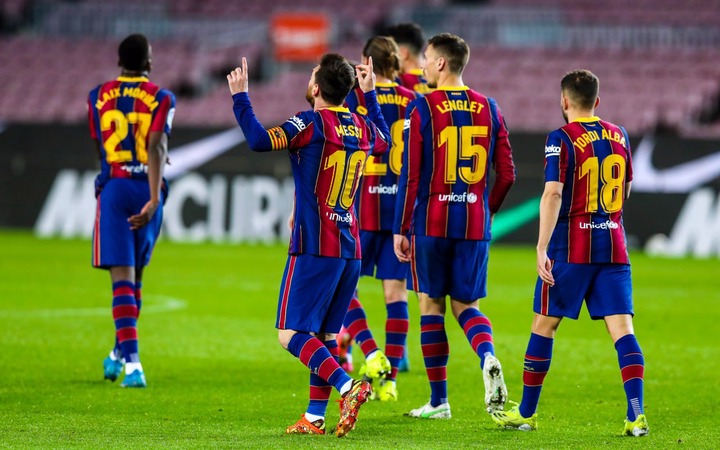 Most goals in El Clásico - Messi

Most goals in calendar year - Messi

Most goals in La Liga - Messi

Most goals in 13 consecutive seasons

The greatest player in Barcelona history goes level with Xavi on all-time appearances for the club.

🔥 And what a way to have done it 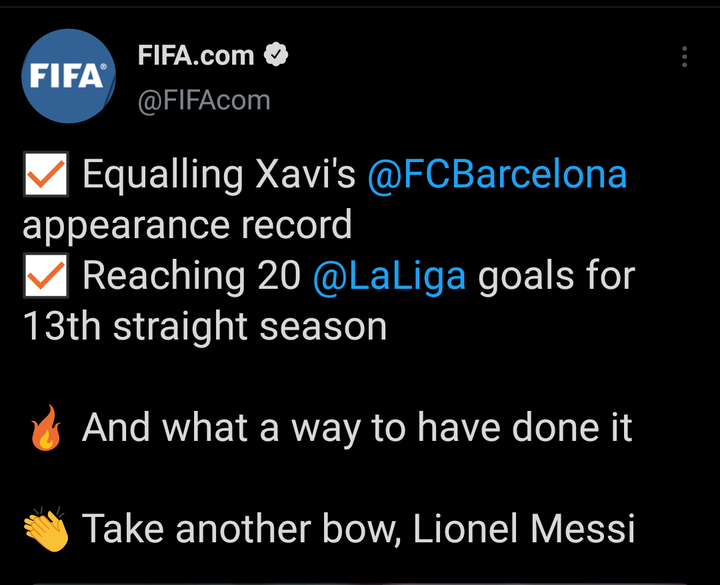 Leo Messi not only breaks records for goals, but also for matches. With the match played at the Huesca , Argentine equaled in number of games played with Barça to Xavi Hernandez , who until now held the record. The one from Terrassa did not forget to congratulate his former teammate.

Many congratulations Leo !! It is an honor that you are the one who equals this record. Congratulations friend," he published in a caption on Instagram, under an image in which both players appear hugging. 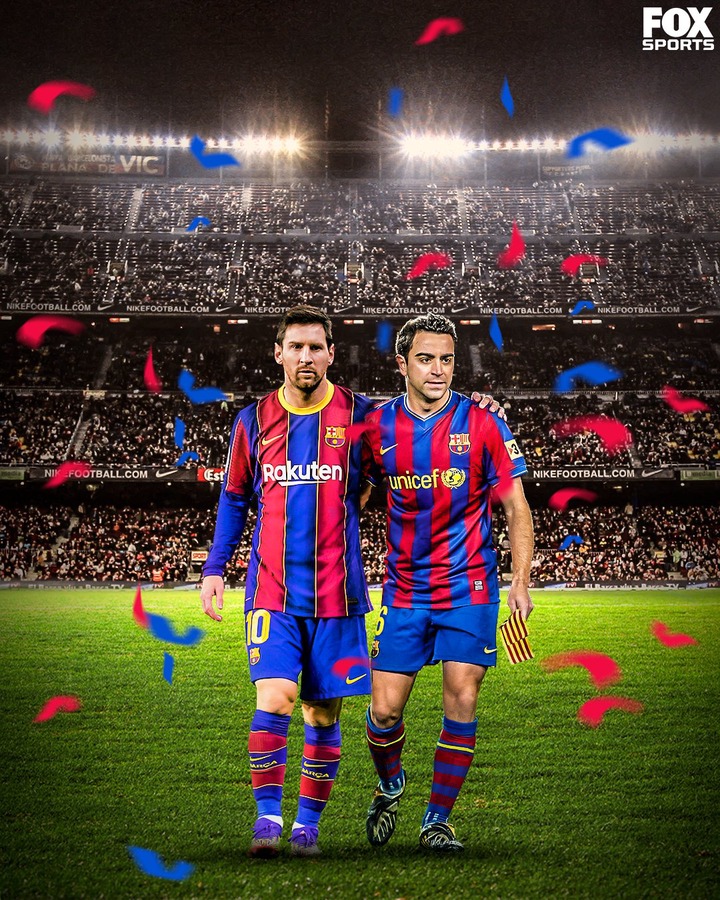 Currently, the number of matches played by both amounts to 767 , so Messi will become the footballer with the most games in Barça's history in the coming days.

How Chelsea Should Lineup to Defeat Manchester City on Saturday.

CHE VS MAN CITY: See What Pep Guardiola Said About Thomas Tuchel Ahead Of Tomorrow's Match

PICTURES: See How Serious Chelsea Players Were In Training Today As They Prepare For Man City

Kante, Ziyech, Havertz Are All Ready For Man City, Check Out Their Training Photos Today