By OnGod (self media writer) | 2 years ago

Essentially, being world class means a player has the ability to excel in both International football and the Champions League. such a player must be an integral team player to rule the league he/she is playing for.

He is a fine player who doesn't fall short and does deserve to be bracketed as the best and world-class central defender.

For anyone who has been following the path of the Spanish born Central Defender - Sergio Ramos, one would see the complete attributes of classy incomparable gene that build up in him to be reckoned as the best Central Defender in Football games over the last decade.

Apparently, world class player is "someone who wins games or prevents losses or draws with a consistency equal to or beyond 2 seasons". All the criteria I listed then become manifestations of this definition such that currently, we may have 20 to 30 world class players in the world as we speak; it is unarguably, if just one Defender would make the list, then the person would be Sergio Ramos.

Ramos can do it all too, from headers to free-kicks and ice cool penalties, I can’t help but think he would have made a decent striker! He is genuinely superb.

Over the last decade, apart from the Portuguese living legend - Cristiano Ronaldo, the most consistent and helpful player in the Los Blancos team is Sergio Ramos. He is the only player who has scored more decisive winning goals for Real Madrid after the Portuguese.

Truly, Cristiano Ronaldo has gone and his impact will continue to be felt by the Los Blancos family and even the football world during his successful 9 years spell in the Spanish Capital. Alas, when it seemed those that remained had lost the hunger. Ramos wear the regalia of the fighter; a defender for that matter!

The International break allowed me and many others who love the game of 22 men running after a round leather ball, the time to direct some praise and unalloyed attention to one of the game’s most polarising figures: Sergio Ramos.

Love him or hate him, the Real Madrid captain is guaranteed box office no matter what he is up to. But for a central defender, his habit for popping up with goals is something you have to admire.

Critics would say, he is one of the most booked players with matching order in the history of European football, I would say, "If not an Arm robber, the best person to posses a gun is a military personnel, so in the game of football, if not a defensive midfielder, the dirtiest player on the pitch should be the central defender".

Either with or without fuss, Real Madrid has unequalled team spirit and the never give up mentality. I have never supported the team as they are arch rivals with the Blaugarians - Barcelona (I am an unrepentant Blaugranes).

Outstandingly, Sergio has a remarkable defending ability. Speed. Strength/Shielding Ability. Heading Ability. Passing Ability. Aggressiveness and most importantly having the team to work together.

On Thursday, in an empty Alfredo di Stefano Stadium at Real Madrid’s training ground, Zidane hoisted another Real Madrid’s trophy, his second in La Liga and 11th overall as coach.

Zidane currently wins a trophy every 19 games on average and while three Champions League titles out of three was historic, this might be yet but the influence of Sergio Ramos in the trophy landing stream cannot be overemphasized.

Sequel to the match that crowned them the winner of La Liga for the 34th time, Sergio has been surprisingly good at taking penalties.

The return from the pandemic lock down revealed another human being in Sergio, the matches after the lock down were won by him with the rating of 8/10.

Matt Le Tissie scored 20 of 20 penalties. Matt Le Tissier is known among soccer historians as the best ever in terms of penalties in world football history. Ramos can also be regarded as the best Central Defender in today's football game with highest accuracy in taking penalties. 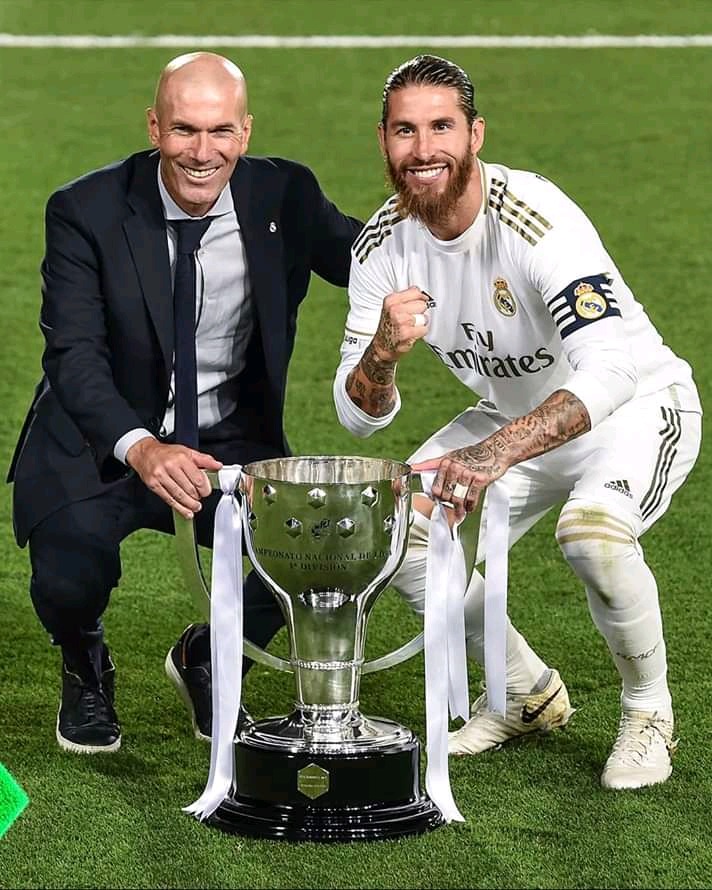 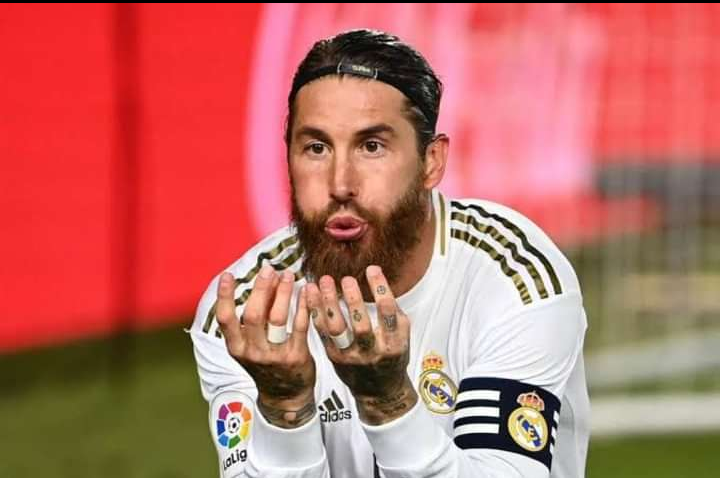 Sergio deliberately chose Fernando Hierro's jersey number - a defender who had scored so many goals. This shows that, he has been filled with zeal, enthusiasm and motivation to be one of the best goal scoring defender in the history of football.

When Ramos plays, he plays well, he has high morale and the mentality of never give up. He coordinate the team with all his energy and strength. He has been creating another indicator for whom a central defender should be and look like.

CONGRATULATIONS to all the Los Blancos family.

Content created and supplied by: OnGod (via Opera News )