Jose Mourinho gives contradictory messages regarding the referee, but says Roma 'deserved to win' their 1-0 loss to Juventus, and Tammy Abraham wanted to take the penalty. 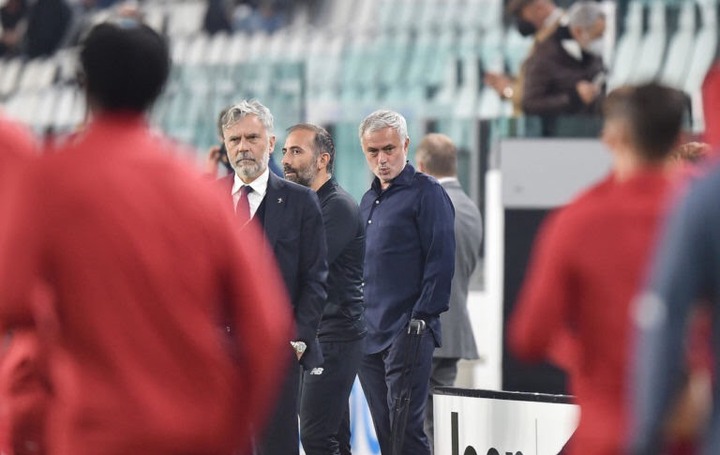 The Giallorossi had started well, but Moise Kean's goal – which redirected a Rodrigo Bentancur header – dealt a cruel one-two punch to the Giallorossi, who also lost Nicol Zaniolo to a knee injury.

The penalty situation was a shambles, with Daniele Orsato blowing the whistle too soon when the advantage should've been played for the Abraham tap-in.

At the same time, it's possible that Henrikh Mkhitaryan's handball would have disallowed it and returned play to the penalty spot.

"All I can say is that I saw a fantastic Roma today." Mourinho told DAZN, "That's what I told my players in the locker room."

"Of course, we're talking about a loss and zero points, but all I can say is that Roma was fantastic in every way." Congratulations on the organization, the hard work, the players who played despite some physical challenges, and the players who were unavailable due to foreign duty.

"I saw bravery, confidence, and faith." Obviously, a loss will always be a loss, but if I look at the project as a whole, it includes looking at the team's growth over time.

"I may view things differently than you, but I watched a team that deserved to win lose." That's how football works."

Mourinho and Allegri gave each other a high-five at the final whistle, despite the stress and controversy.

“Giving three minutes of pauses demonstrates intent. I'm not going to remark on the penalty situation. I don't have all of the facts and haven't viewed the replays. I want to separate myself from that occurrence and focus solely on what my team accomplished.

"I warned the guys that you can't walk home with regrets when you're not the favorite in these games." We played brilliantly, neutralized their counter-attack, and controlled guys like Chiesa and Cuadrado completely.

"We moved the ball internally, but it's not easy when you're up against a team with those two Professors (Chiellini and Bonucci, ndr) defending so brilliantly." I still believe we did enough to win or at the very least draw. I congratulate my teammates on the outcome, which was... I was on the verge of swearing at the time! I do, however, congratulate my men."