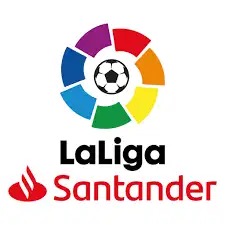 Real Madrid won their 34th La Liga title this season, as Zinedine Zidane's men romped to the title in style. Much of it had to do with their midfield, with the likes of Casemiro, Toni Kroos, Luka Modric and Federico Valverde all performing at a high level.

There have been some good midfield performances this season. Many have managed to produce top-quality consistently, running their team from the middle of the park. We look at:

Mikel Merino joined Real Sociedad from Newcastle United for €12 million in 2018, and he has been a revelation.

Extremely strong defensively with good aerial prowess, the former Borussia Dortmund man has been everpresent for Real Sociedad in La Liga this season. His presence has allowed the likes of Martin Odegaard and Adnan Januzaj to focus on their attacking contributions, rather than worry defensively.

The 24-year old has made 35 appearances in La Liga this season. The Spain U21 international leads the squad for tackles per game in the league, coming third for interceptions per game.

What a story. From being told that he would not be able to play football due to his injuries, to becoming one of the best midfielders in La Liga at the age of 35, Cazorla is a true inspiration.

Having joined boyhood club Villarreal after his contract with Arsenal ended, not much was expected from an injury-ravaged Cazorla. However, the Spain international has been his club's best player this season.

The former Malaga midfielder has played 34 games in La Liga this season, scoring 11 goals and providing eight assists. He leads the Villarreal squad for key passes per game, coming fourth for dribbles per game.

One of the most underrated midfielders in Spain, Ever Banega has served Sevilla well. He rejoined the club after a season with Inter Milan, and has been been one of the first names on the teamsheet.

An excellent passer renowned for his creativity, the Argentina international has been the lynchpin of Sevilla's midfield this season. Banega has predominantly played in a central role, although he can play as a defensive midfielder or as a no.10.

The 32-year old has made 33 appearances in La Liga this season, scoring three goals and providing seven assists. He leads the squad for key passes per game, coming second for dribbles per game.

Real Sociedad have assembled an exciting set of players this season, and Martin Odegaard is undoubtedly one of their best.

On loan from Real Madrid, Odegaard has been Real Sociedad's best player in la Liga. Already touted as the long-term heir to Luka Modric's throne, the Norway international's creativity and vision have stood out. The 21-year has played as a central midfielder as well as a no.10 this season.

Real Sociedad’s average midfield and attack age today was 21.17! Such a young squad!

The former Vitesse player has played 30 games in the league so far, scoring four goals and providing six assists. He leads the squad for key passes per game as well as dribbles per game.

When Nabil Fekir decided to join Real Betis from Lyon for a fee of €20 million last summer, it raised a lot of eyebrows. The France international had been very close to a big-money move to Liverpool the season before, only for the deal to collapse.

Liverpool's loss has been Betis' gain, apparently. Fekir has been in fine form this season, playing in a variety of positions across midfield and attack. The 26-year old has been at the forefront of many Betis attacks.

Fekir has made 31 appearances this season in the league, scoring seven goals and providing four assists. He leads the squad for shots per game and dribbles per game, coming third for key passes per game. 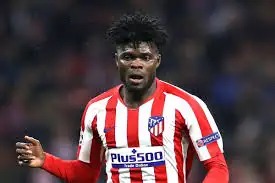 Thomas Partey has been persistently linked with a move to Arsenal this summer, and you can see why.

A defensive behemoth, Partey has arguably been Diego Simeone's most important midfielder this season. The Ghana international has consistently put in top-quality performances, and some top European clubs are said to be interested. Capable of playing as a centre-back if needed, the 27-year old's versatility would be useful for any club.

This season the former Mallorca man has played 34 games in the league. A good dribbler, he leads the squad for dribbles per game, also registering good defensive numbers.

Valencia are having a dissapointing season, but captain Dani Parejo continues to be one of the best midfielders in the league.

A perennially underrated performer, the former Real Madrid man has made more than 350 appearances in all competitions for the club since 2011. A very good passer with exceptional leadership qualities, the 31-year old has perhaps been one of the few positives for Valencia this season.

The Spain international has made 34 league appearances for Valencia, scoring eight goals and providing three assists. He leads the squad for key passes per game Another Atletico Madrid midfielder who has been linked with some of the biggest clubs in the world, Saul has enjoyed another phenomenal season.

The Spain international has played in a variety of positions this season, also covering as left-back when needed. Excellent defensively and a good passer, Saul signed a nine-year contract with Atletico Madrid in 2017, which has seen tied him to the Rojiblancos for the forseeable future

This season he has made 35 appearances in La Liga, scoring six goals. He leads the squad for tackles per game and interceptions per game.

One of the best signings Real Madrid have made this century. Toni Kroos joined Real Madrid from Bayern Munich for a fee of €30 million in 2014 and has played a vital role in the club's successes since.

The German international has made more than 250 appearances for the club in all competitions since 2014, forming a formidable midfield partnership with Luka Modric and Casemiro. An excellent passer, the 30-year has often acted as the midfield metronome, setting the tempo of the game.

The former Bayer Leverkusen player has made 34 appearances in the league, scoring four goals and providing five assists. Regarded as one of the best defensive midfielders in the world, Casemiro has been at his usual best for Real Madrid in La Liga this season.

The Brazil international shields the defence excellently, which helps the likes of Luka Modric and Toni Kroos to worry less about their defensive duties. An excellent tackler who is also strong aerially, Casemiro provides balance to the star studded Los Blancos side.

Real Madrid spent just €65 million on one of the GREATEST trio’s of all time.

This season, the 28-year-old has made 33 appearances in La Liga, scoring four goals and providing three assists. The former Porto player leads the squad for tackles per game and comes second for interceptions per game. However, he also commits more fouls per game than any of his teammates.

Do you agree with this list, Drop your comments and don't forget to hit the follow button.