RSA 2:1 MOR: How South Africa Overcame Some Obstacles To Be Worthy Champions Of The Tournament.

By Godsports (self media writer) | 14 days ago

The finals of the Women's African Cup Of Nations was played yesterday when South Africa and Morocco battled it out at the Prince Moulay Abdellah Stadium in what was an intense game of football. The Bayana Bayana of South Africa eventually lifted the title this year after defeating the Moroccan team 2-1 thanks to goals from Magaia. South Africa's fine run in the competition ended well as they won this year's edition of the tournament over the host Morocco. Well, the Bayana Bayana had to overcome some obstacles that were more in the favour of Morocco in the match. 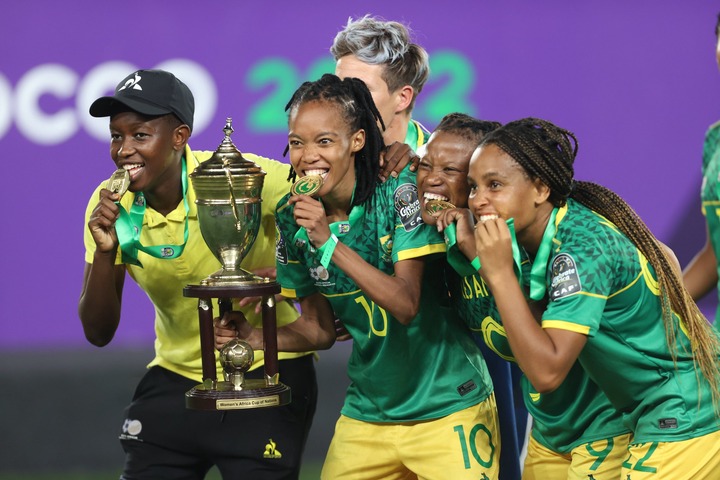 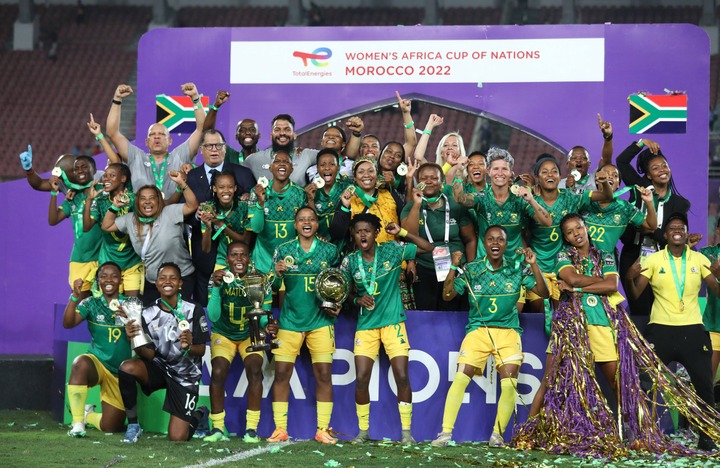 South Africa didn't have the advantage of fans in the stadium but still delivered a great performance against Morocco. They played in Morocco's familiar ground and still outclassed them to win the trophy this year. Despite the laser light distractions used by the Moroccan fans in the stadium, the Bayana Bayana didn't lose concentration and it paid off for them in the end. They won this tournament deservedly over Morocco whose fans didn't give fair play to their opponents in the stadium. 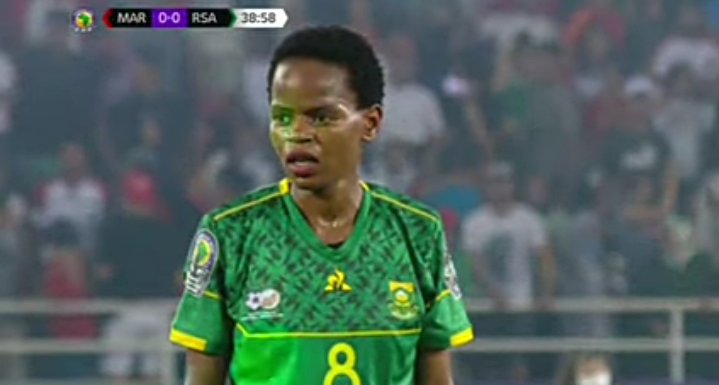 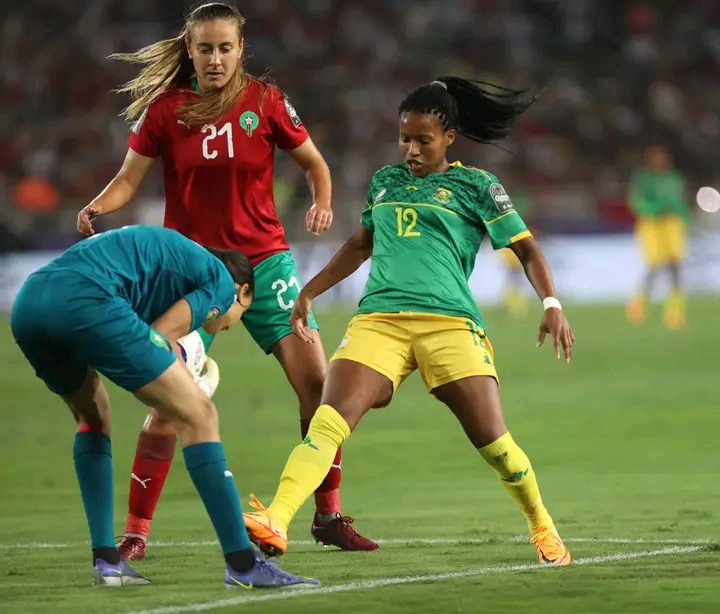 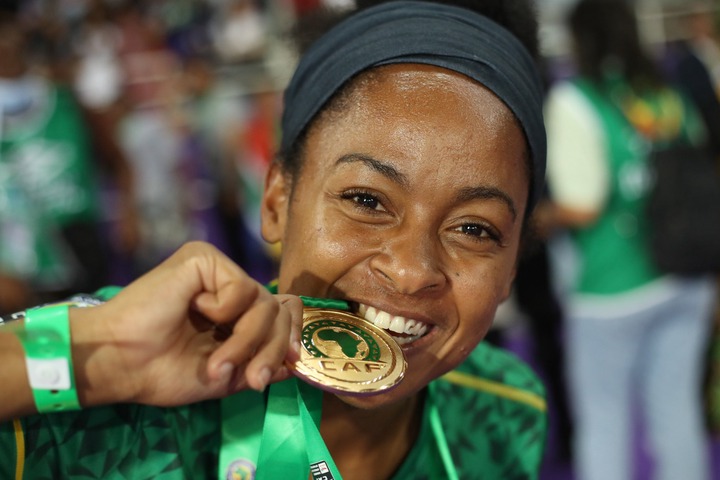 Congratulations to the Bayana Bayana on winning the Women's AFCON this year.