By Ogundeji10 (self meida writer) | 4 months 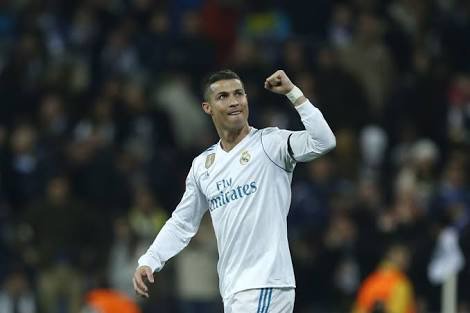 Portuguese football(soccer) forward who was one of the unprecedented players of his own time. 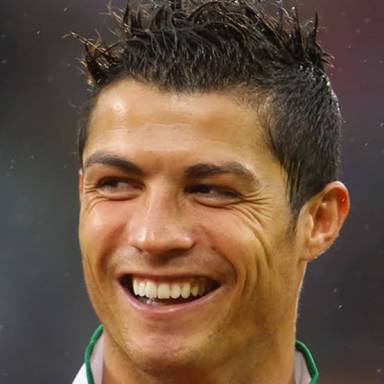 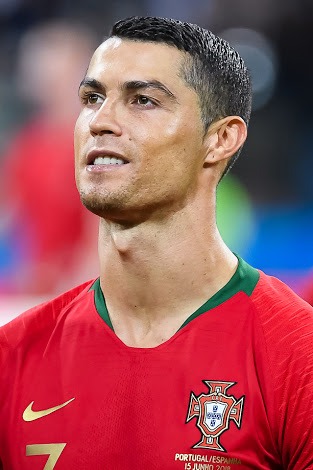 He is a figurative player in the whole world both in Portuguese national team and Club side who has won many Awards and Honors.

His father's name is José Dinis Aveiro, was the equipment manager for the local club Andorinha. (The name Ronaldo was added to Cristiano’s name in honour of his father’s favourite movie actor, Ronald Reagan,who was U.S. president at the time of Cristiano’s birth.) At age 15 Ronaldo was diagnosed with a heart problem that needed surgery, but he recovered. He first played for Club Desportivo Nacional of Madeira and later transferred to Sporting Clube de Portugal (known as Sporting Lisbon), where he played for that club’s various youth teams before making his debut on Sporting’s first team in 2002.

A player with 6 feet 1 inch (1.85 metres) height Ronaldo was a difficult athlete on the pitch. He was originally a right-winger, he was developed into a forward with a free-reined attacking system. He was able to enthralled opponents with speed which made him to have chance over opposing defenses.

After being successful in Sporting Lisbon he had the thought of playing in another league and that's what brought Ronaldo attention to Europe’s biggest football clubs, Ronaldo signed with English powerhouse Manchester United in 2003. It was a great decision and soon came to be esteemed as one of the best forwards in the game. His finest season with United came in 2007–08, when he scored 42 League and Cup goals and received the Golden Shoe award as Europe’s goal scorer, with 31 League goals. After assisting United to won a Champions League title in May 2008, Ronaldo captured Fédération Internationale de Football Association (FIFA) World Best Player of the Year honours for his stellar 2007 to 2008 season. He also led United to an appearance in the 2009 Champions League final, which they lost to FC Barcelona.

Soon there after Ronaldo was sold to Spain's Real Madrid a club with which he had long been rumoured to want to play for and then record £80 million (about $131 million) transfer fee. His scoring prowess continued with his new team, and he scored the highest goals (40) in La Liga history during the 2010 to 2011 season (his record was broken the following season by his rival Lionel Messi of Barcelona). In 2011to 2012 Ronaldo helped Real Madrid capture a La Liga championship and netted a personal 46 goals in the League season. He netted a total of 66 goals in 56 game appearances with Real Madrid and the Portuguese national team in 2013 to earn his second award of world player of the year (the FIFA World Player of the Year was renamed the FIFA Ballon d’Or in 2010). In 2014 he scored 52 goals in 43 games and led Real Madrid to a Champions League title, which resulted in Ronaldo receiving another Ballon d’Or award. In 2014 to 2015 he netted 48 goals to lead La Liga in scoring. Ronaldo scored his 324th goal as a member of Real Madrid in October 2015 which made him to be the club’s all-time leading goal scorer. He scored 35 La Liga goals in 2015 to 2016 and helped Real Madrid won its record 11th Champions League title, and in December 2016 he won a fourth career Ballon d’Or for his accomplishments. Ronaldo scored 42 goals for Real across all competitions in 2016 to 2017 and qualified his team to La Liga and Champions League titles that season, which made him to obtained fifth career Ballon d’Or award. In 2017 to 2018 he scored 44 goals in 44 games, and Real Madrid won a third straight Champions League title which has never happened to any coach in all the world than Real Madrid coach Zidan. In July 2018 he reached a four-year contract worth €112 million (about $132 million) with the Italian powerhouse Juventus. He ended his Real Madrid career with 311 goals in 292 matches. He scored 28 goals in his first season with Juventus his lowest domestic goal total since his last season with Manchester United as the powerhouse club won its eighth straight Italian league title.

Lets discussed about Ronaldo achievement in Portuguese national team which his know as his home soil, after moving through the youth and under-21 ranks, Ronaldo had made his first appearance for Portugal’s full national team against Kazakhstan in August 2003 four days after his debut for United. He was a key player in Portugal’s fourth-place finish at the 2006 World Cup and became the captain of the national team in 2008. In 2012 his appearance led Portugal to the semifinals of the European Championships, where his team was eliminated by rival Spain in a match that was concluded by a penalty kick shoot-out. Ronaldo appeared in 2014 World Cup hot off of his second world player of the year win, but his play at the tournament was spotty, and the entire Portugal team struggled during a group-stage defeat. In 2016 he assist Portugal win the European Championship, the country’s first major international tournament title, in spite of the fact that he only played sparingly in the final because of a knee injury that he had sustained early in the match. Ronaldo played excellently at the 2018 World Cup, scoring four goals in four games as Portugal qualified to the knockout round only to lose its first match of that stage to a strong defensive Uruguay side. 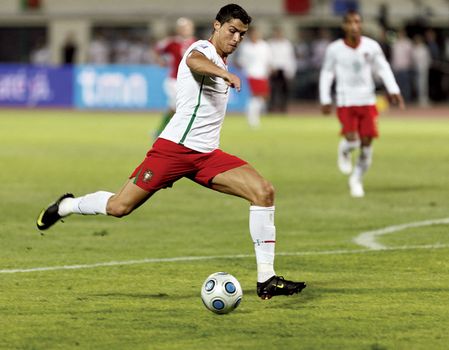 A Portugal's player Cristiano Ronaldo was preparing to kick the ball in a World Cup 2010 qualifying football match against Hungary, On September 9,

Ronaldo was one of the famous sport stars on the field, and numerous studies of athletes’ famous revealed that he was the great athlete in the world during his playing time. superior popularity made Ronaldo one of the highest-paid endorsers in sports history, and in November 2016 he became the third person (after basketball superstars Michael Jordan and LeBron James) to earn a “lifetime” guarantee from the sportswear company Nike. In addition to what has been said, he gained full recognition of his own successful “CR7” brand of products that included shoes, underwear, and fragrances. Ronaldo’s unusually large market ability was at the centre of a lawful challenge which occurred in June 2017. That month district attorney filed a action that accused Ronaldo of double-dealing the Spanish government of €14.7 million ($16.5 million) by secrete his image applicable income in Spain from 2011 to 2014. He was criminated of having underrate the income he acquired from the sale and authorization of his image applicable and the coexisting tax burdens, but Ronaldo denied all complaints. All the same, in June 2018 he had a suspended two-year prison sentence and agreed to pay €18.8 million ($21.8 million) to the Spanish government to settle the case.

Content created and supplied by: Ogundeji10 (via Opera News )

Tailors, Impress Your Customers With These Lovely Ankara Outfits