A man whose name is unknown have decided to part ways with his three hundred thousand naira yesterday after he decided to stake them on Manchester City.

The owner of naira bet Oloye Akin Alabi even advised Nigerians to stake their money on Manchester City.

He said this via a tweet " Don’t even think about it. If you want to bet on the Arsenal Man City game, put your money on Man City to win. Don’t even consider any other option."

This tweet seems to have given the man confidence as he thinks that the owner of a betting company can do no wrong.

Going by his word a football fan quickly decided to try his luck and he placed an huge amount on Manchester city to beat Arsenal. He placed #300,000 on the game. 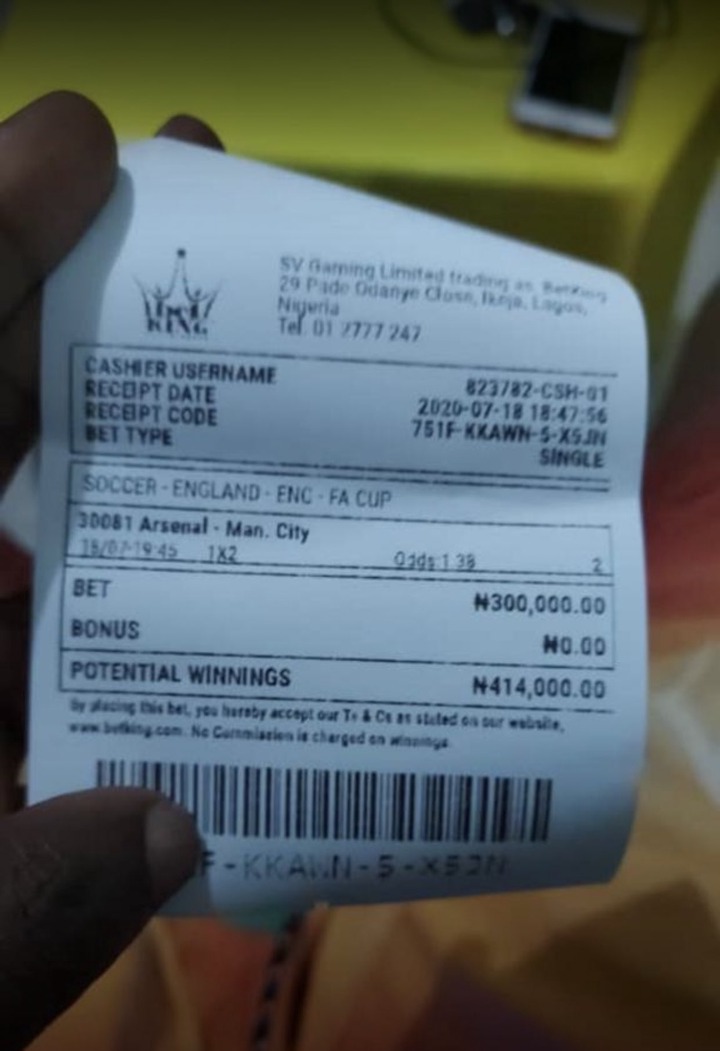 Unfortunately for him he lost the bet as Arsenal won the match by two goals and the goals was scored by aubameyang to nothing which means he lost his three hundred thousand naira.