Ballon d’ Or: Jorge Mendes names player that should win award this year

Jorge Mendes has backed Cristiano Ronaldo to win the Ballon d’Or this year. 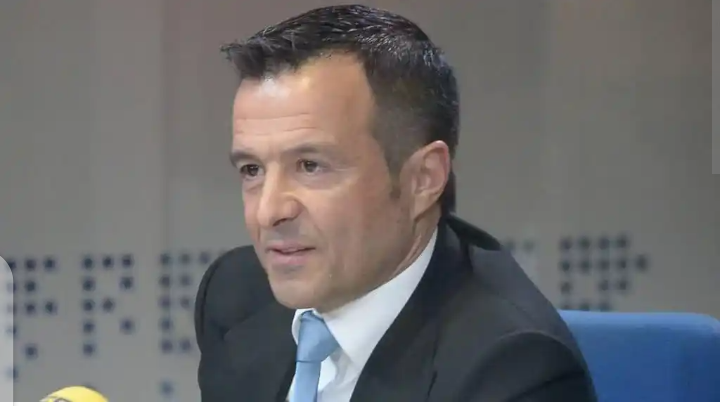 Mendes believes his client has demonstrated beyond a shadow of a doubt that he is the greatest player in history and should be awarded the Ballon d'Or in 2021.

Ronaldo has won the prestigious award five times in his career and will tie Paris Saint-Germain forward to Lionel Messi's record if he wins next month's ceremony in Paris, France.

Last week, the Portugal captain was named to the 30-man shortlist for the 2021 Ballon d'Or.

The 36-year-old will compete for the Ballon d'Or this year against Messi, Chelsea's Jorginho, Bayern Munich's Robert Lewandowski, and Real Madrid's Karim Benzema, among others.

Ronaldo is vying for his sixth Ballon d'Or, but he has had a down year by his usual standards, failing to win the league with Juventus and failing to retain the European Championships with Portugal.

Individually, the 36-year-old has continued to break records, becoming the most prolific scorer in men's international football history.

Despite Portugal's elimination in round 16, he was the top scorer at Euro 2020.

Ronaldo finished his Juventus career as Serie A's top scorer, despite the Bianconeri failing to win the Scudetto for the first time since his arrival in Italy.

Lionel Messi, who won Copa America to end his long wait for international recognition, is the overwhelming favourite to win the award for a record seventh time.

Lionel Messi and Cristiano Ronaldo may have dominated the last 13 years with their unstoppable duopoly, but they are far from the only sporting legends to have held the golden ball.

France Football's top prize, which dates back to 1956, hasn't always been open to every footballer on the planet, but it has rewarded some of the country's best players.

Of course, before the two superstars hang up their boots, a certain player a few years younger may have something to say about it.