Bruno Fernandes compared Pogba to Jackie Chan and got everyone laughing 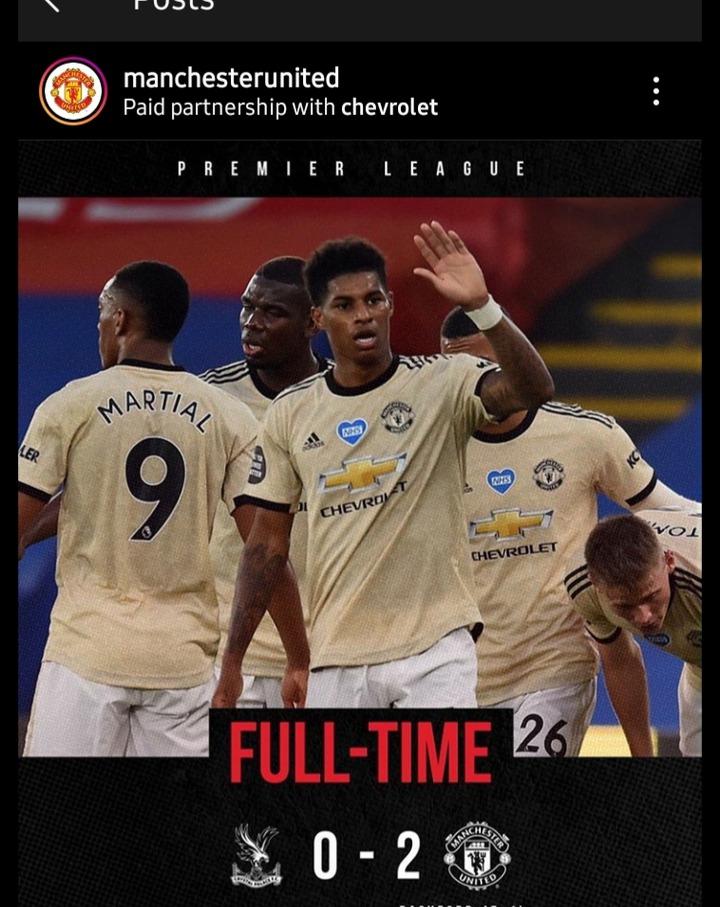 Manchester United had a lot of positives to take home after a thrilling game against Crystal palace which ended 0-2 in favour of United. Manchester United are currently unbeaten in nineteen matches and are looking forward to making it twenty when they play Chelsea at Wembley on Sunday. 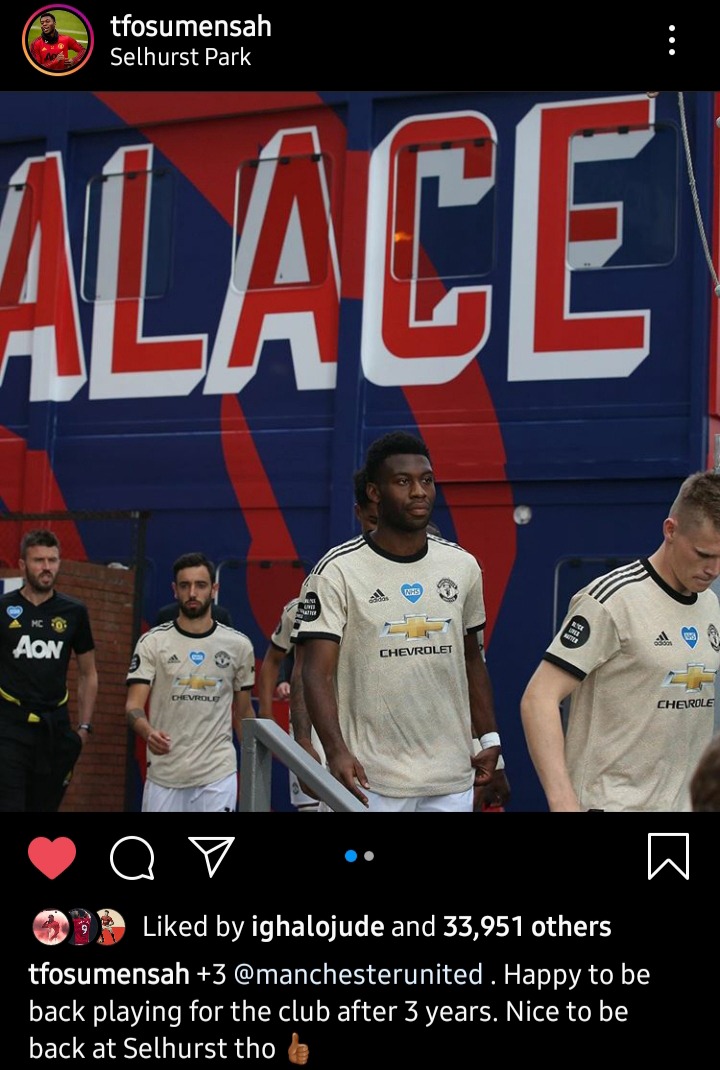 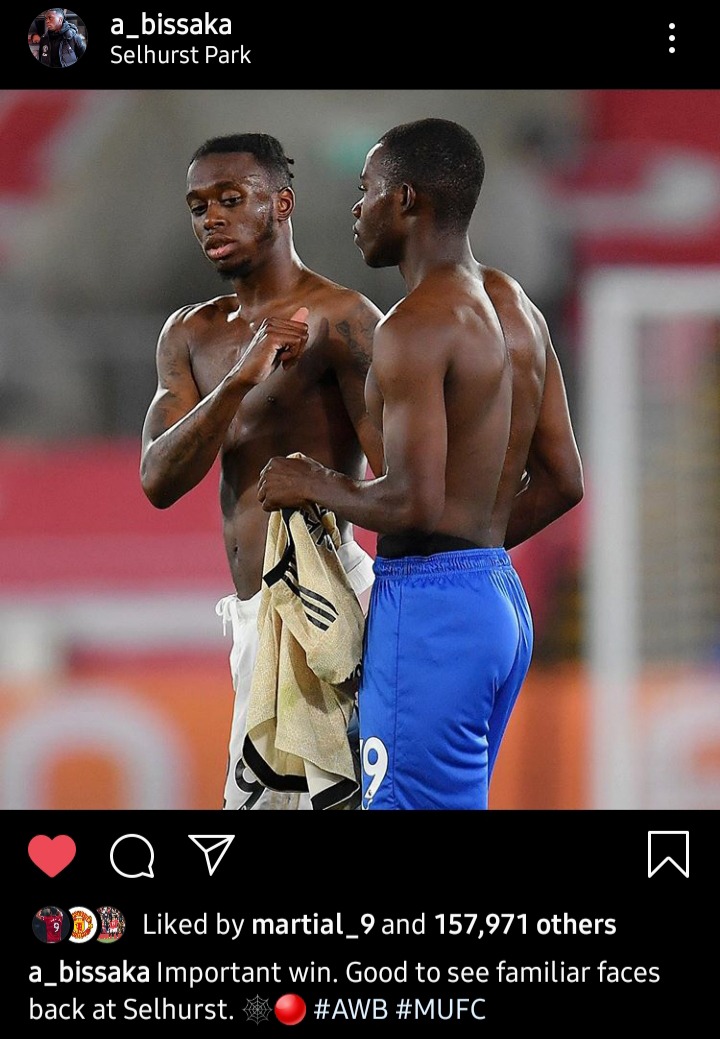 When Paul Pogba posted on his Instagram, photos from the matchday, it was the reply from Bruno Fernandes that got fans talking.

Pogba posted on his Instagram saying "important points, 2 more games to go. Let's go United!". Then he tagged a photo two photos of Him trying to secure possession from a crystal palace player. 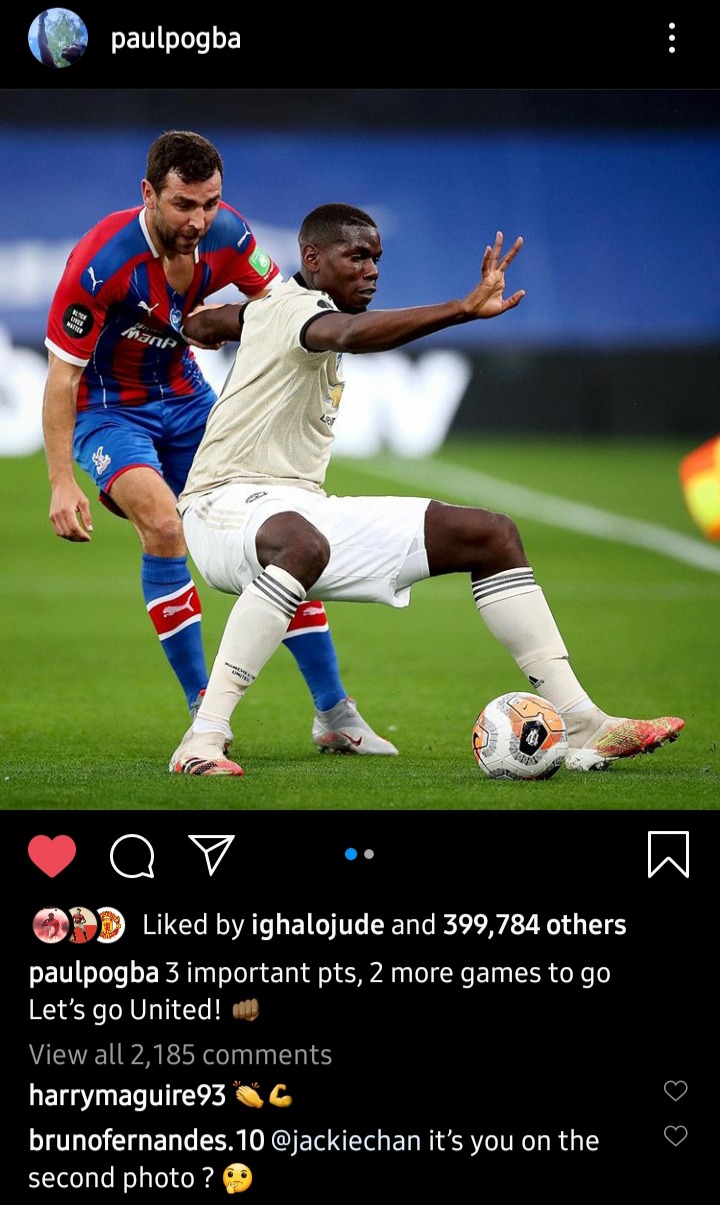 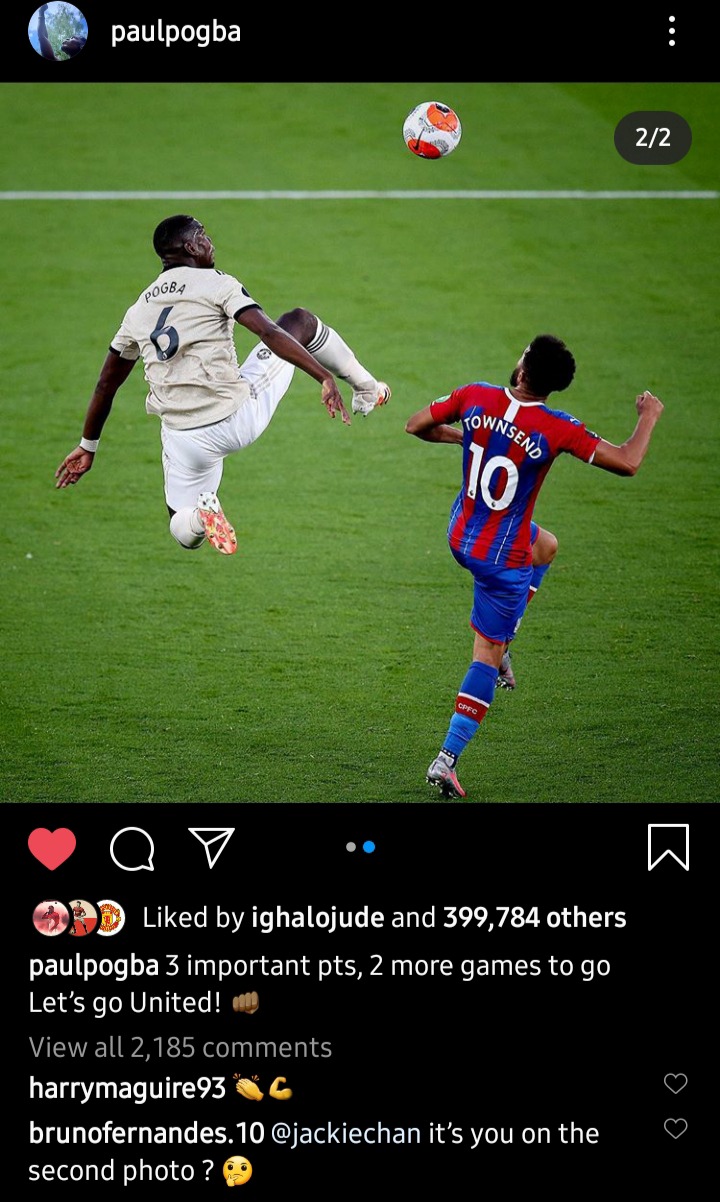 Then in the comment section Bruno Fernandes replied saying "@Jackiechan it's you on the second photo?

This sparked lots of funny reactions from the fans, see what some said below. 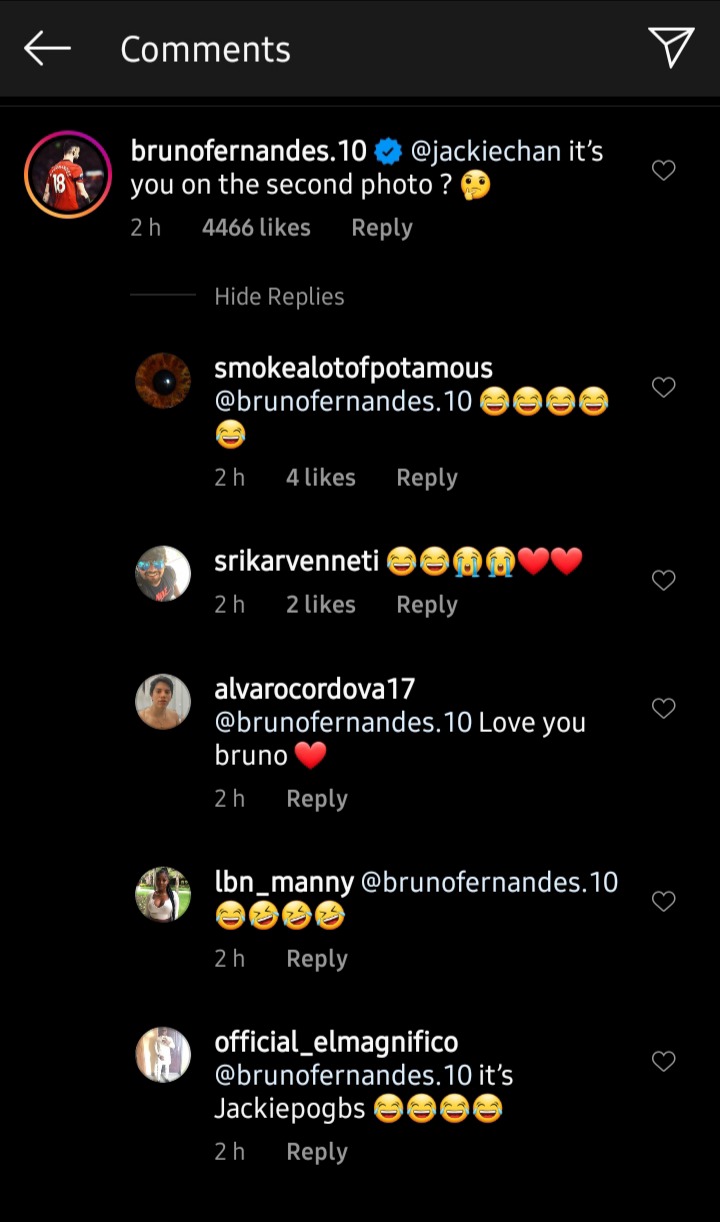 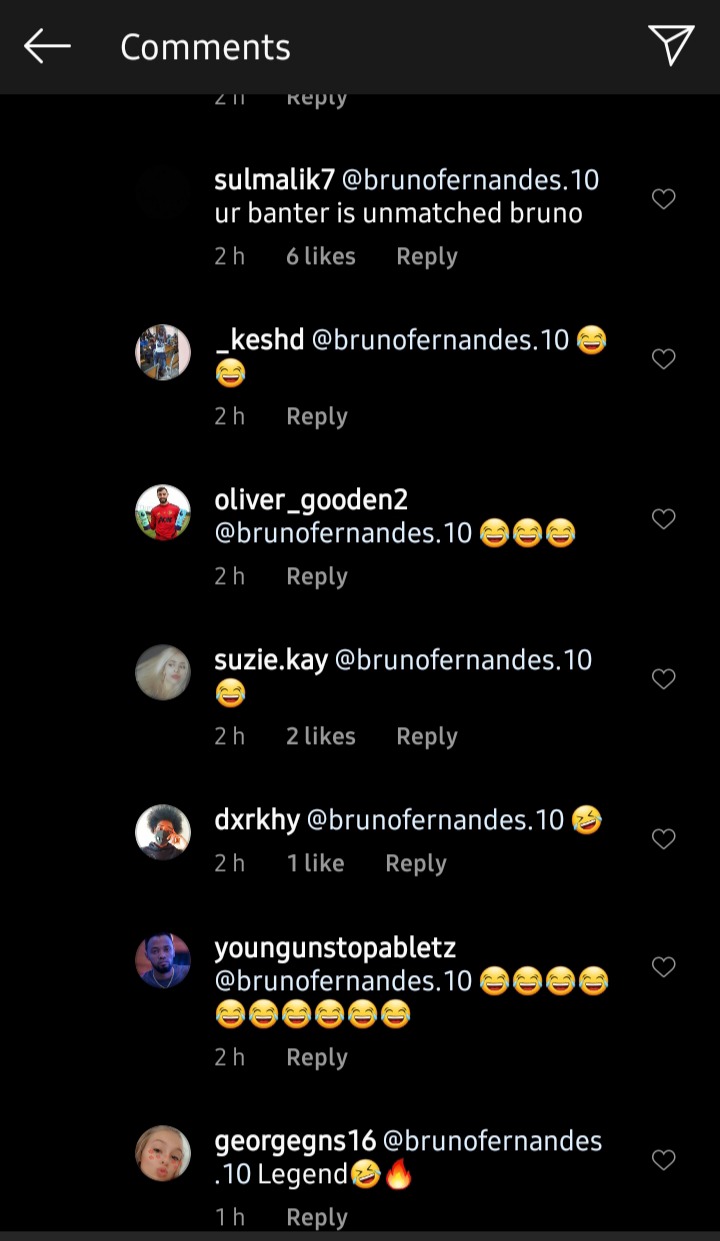 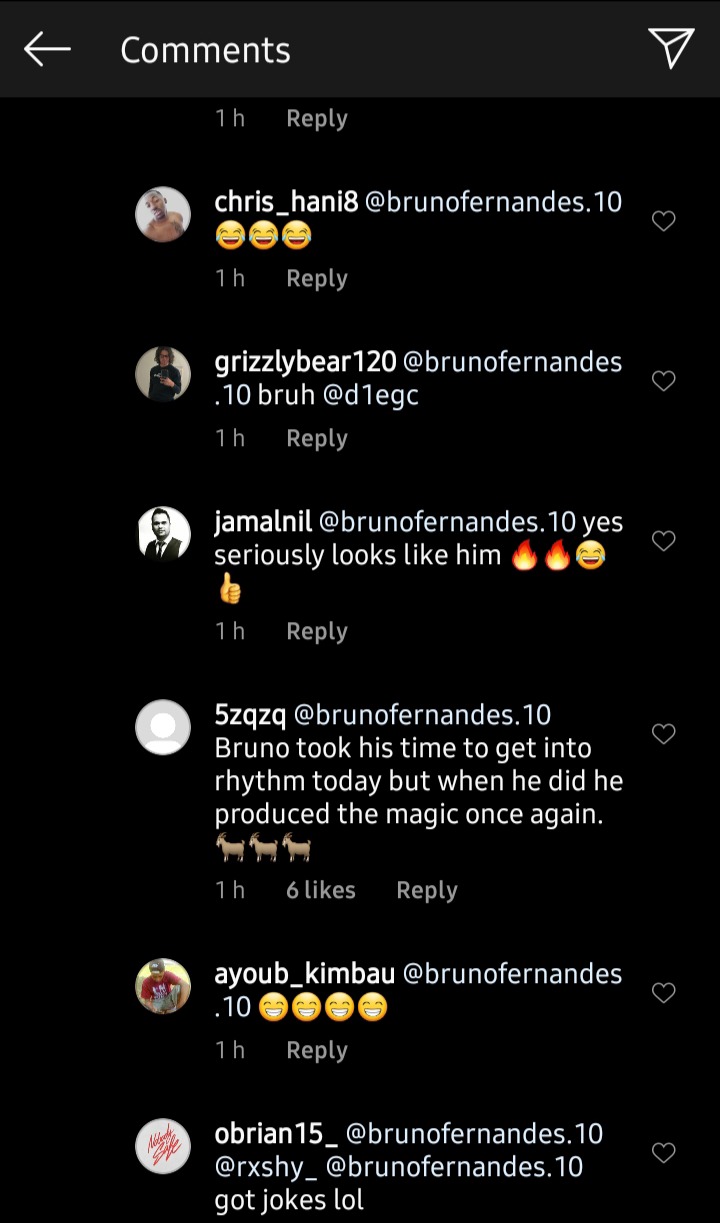 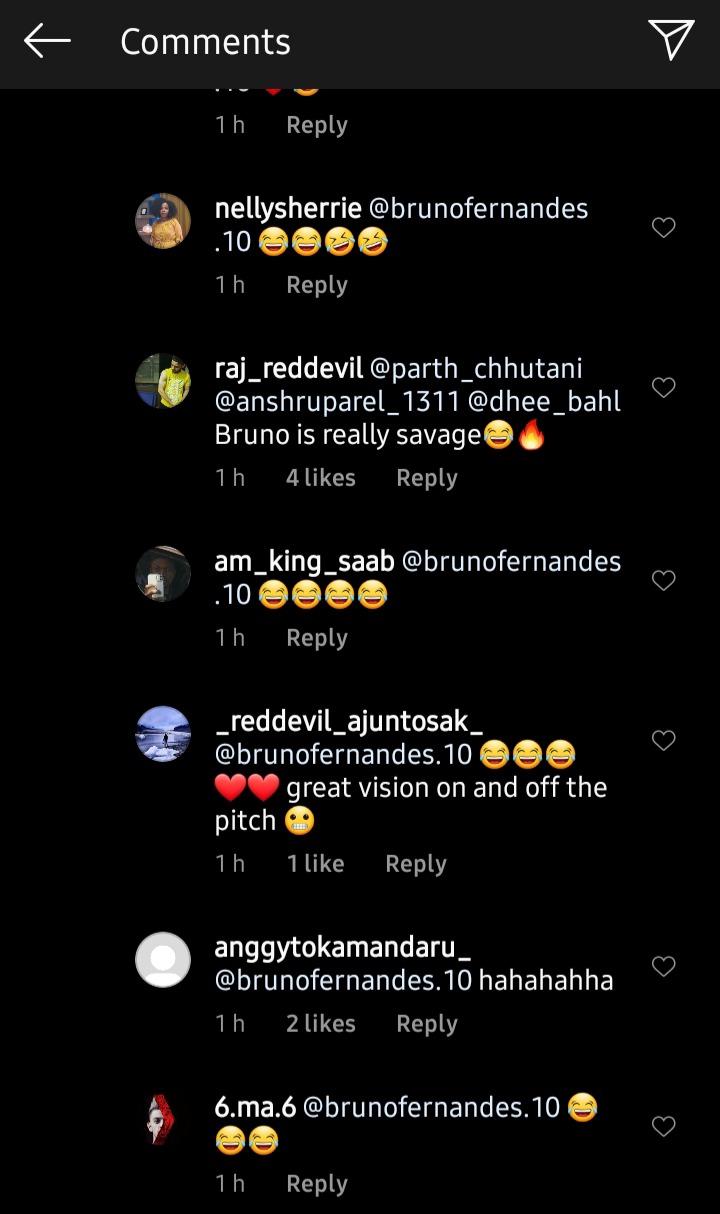 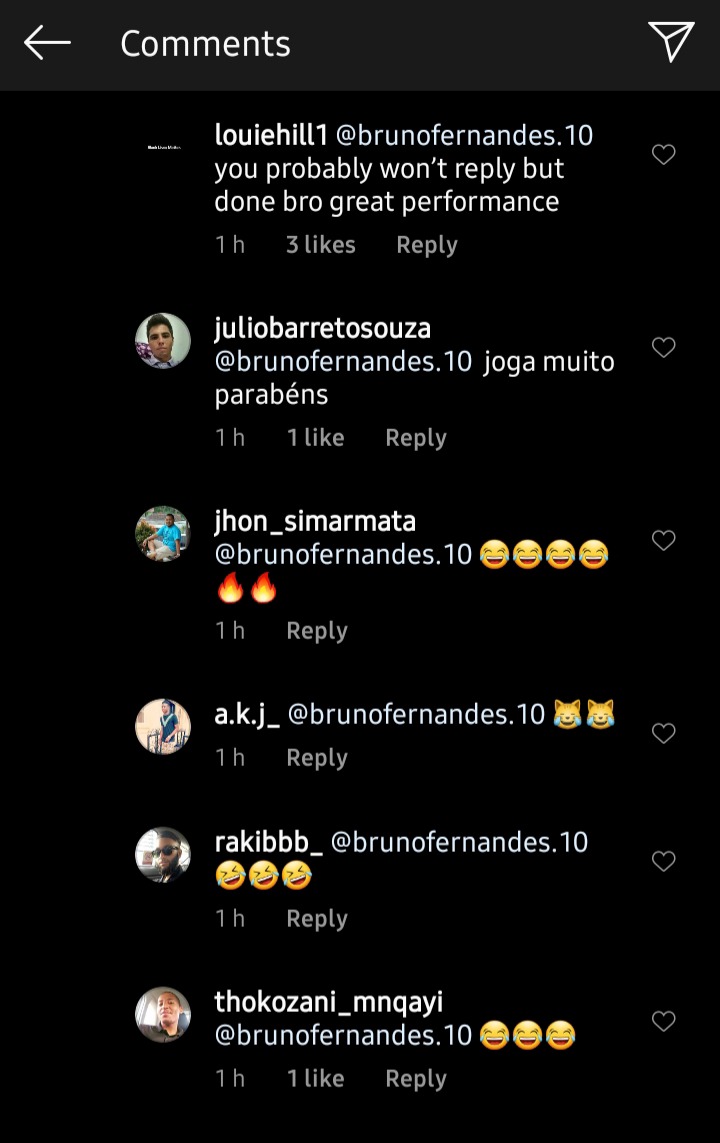 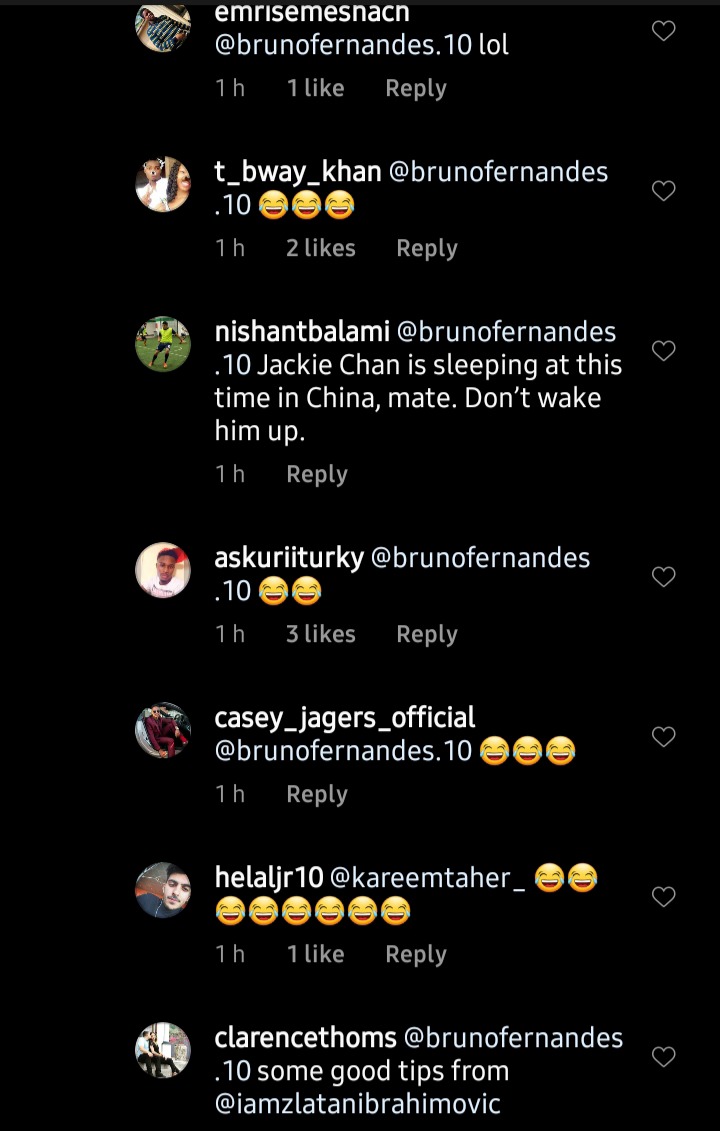 That was absolutely Hilarious from Bruno Fernandes and his impact at the club has been astonishing. Bruno Fernandes sure is a fun guy to be with and his off field antics proves so. He constantly cheers up other Manchester United players, really a very great addition to the team.