By Sonicjaey (self media writer) | 1 year ago 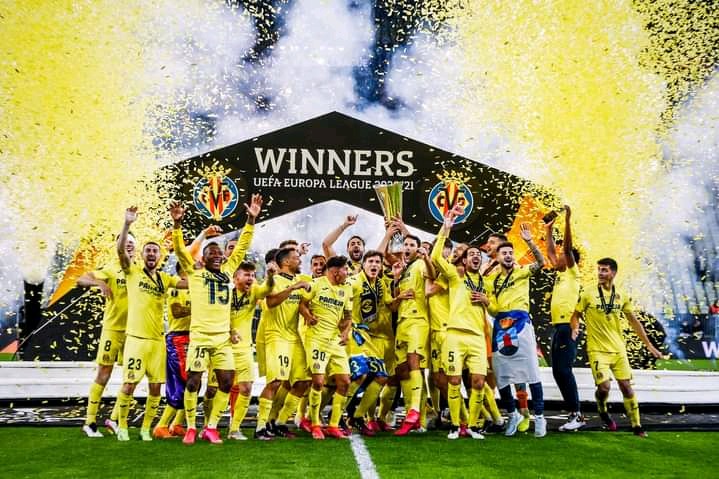 Villareal are the 2020/2021 uefa europa league champion following a marathon penalty shootout against Manchester united the yellow submarines put up a massive defensive display against the red devils. They struck first in the first half courtesy of Gerard Moreno, the In-form villareal striker scored his 30th goal of the season to open up the scoring against Manchester united to set up an exciting 45mins. But Manchester united equalized through cavani in the second half, few chances followed after the goal as it ended in a boring 1-1 draw.

The extra time followed the same pattern as the second half with few chances also created and it ultimately ended in an 1 all draw. The penalty shoot out was the most interesting part of the game as all the twenty field players scored all their shoot out, including the villareal goal keeper, but David Dea lost his penalty as he played a feint shot to the villareal goal keeper handing emery his fourth Europa league title after previously winning three with sevilla. He also lost a final against Chelsea when he was at arsenal.

For the first time ever, Villarreal are the 2020/2021 Europa league champions . 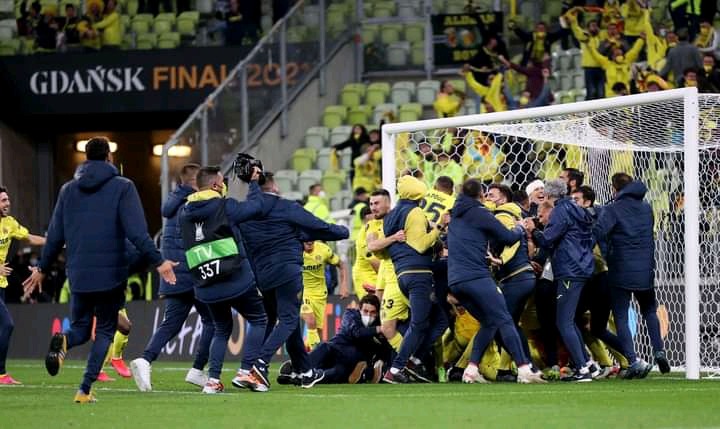 Content created and supplied by: Sonicjaey (via Opera News )