Check Out The First Phase Of The 2021 WWE Draft

By Shabbalala (self media writer) | 10 months ago 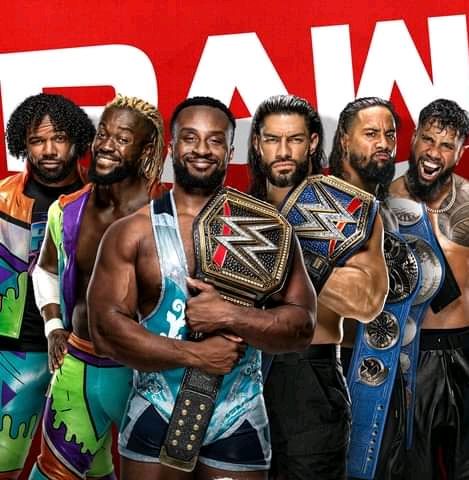 The first phase of the WWE draft took place on Friday Night Smackdown.

Round 1 of the WWE draft

The WWE Universal Champion Roman Reigns has been drafted to stay on WWE Smackdown.

Big E who is the current WWE Champion will move to Monday Night Raw.

Charlotte Flair is the current WWE Raw women's champion. She will forfeit the title and move to Friday Night Smackdown.

Round 2 of the WWE draft

The former WWE champion Drew McIntyre will move to the blue brand for the next 1 year.

Randy Orton and Matt Riddle will stay on WWE Raw

Kofi Kingston and Xavier Woods will move to WWE Smackdown

Kofi Kingston and Xavier Woods (The New Day) have been drafted to the blue brand for next year.

Round 3 of the WWE draft

Happy Corbin and Madcap Moss will stay on WWE Smackdown

Rhea Ripley and Nicki A.S.H will stay on WWE Raw

Round 4 of the WWE draft

Naomi will stay on WWE Smackdown

Rey Mysterio and Dominik Mysterio will move to WWE Raw

The second phase of the draft will take place on Monday Night Raw next week. Follow me for more updates.