The race for the Europe Golden Boot has just begun. 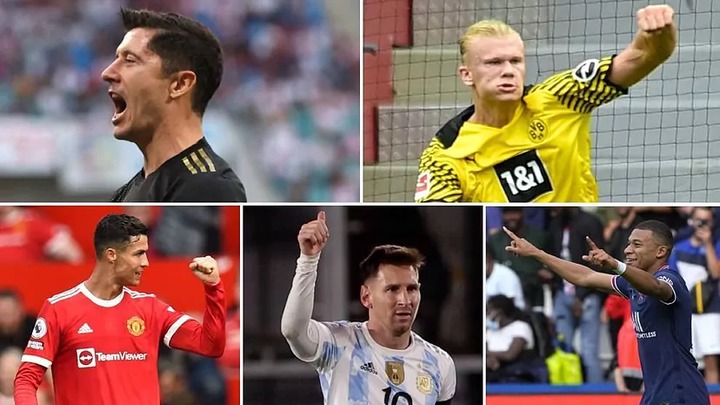 As we head into the final months of 2021, the race for the world's top scorer is intensifying. There are five players who have produced fantastic goalscoring numbers for club and country this calendar year, all of whom will have their eyes on the 2021 top scorer title. Currently at the top of the list are Bayern Munich and Poland's Robert Lewandowski, who have scored 45 times this year. The Pole has kicked off the new Bundesliga campaign in fantastic form, scoring six times in four games and is widely recognized as the best center-forward in the game.

In second place is Norwegian sensation Erling Haaland, who has scored a total of 38 goals for Norway and Borussia Dortmund since January. The 21-year-old has also started the Bundesliga season well, scoring five times in four games.

In third place we have Lionel Messi, who recently moved from Barcelona to Paris Saint-Germain. La Pulga have 36 goals to their name this year both internationally and at club level. He has yet to open his account at his new club, having only made one appearance. Messis' teammate at PSG Kylian Mbappe is two goals behind from 33. He failed to find his way to the net at this summer's European Championships, but has scored three times in four Ligue 1 games so far.

Fifth place is occupied by Manchester United Cristiano Ronaldo, who has 31 goals. The Portuguese star recently became the all-time top scorer in men's international football with 111 goals for his country. He also made the dream start on his return to Old Trafford, scoring twice against Newcastle at home. With more than three and a half months to go until the end of 2021, there are still plenty of goals ahead of these five goal machines.