By Oziegbe (self media writer) | 1 year ago 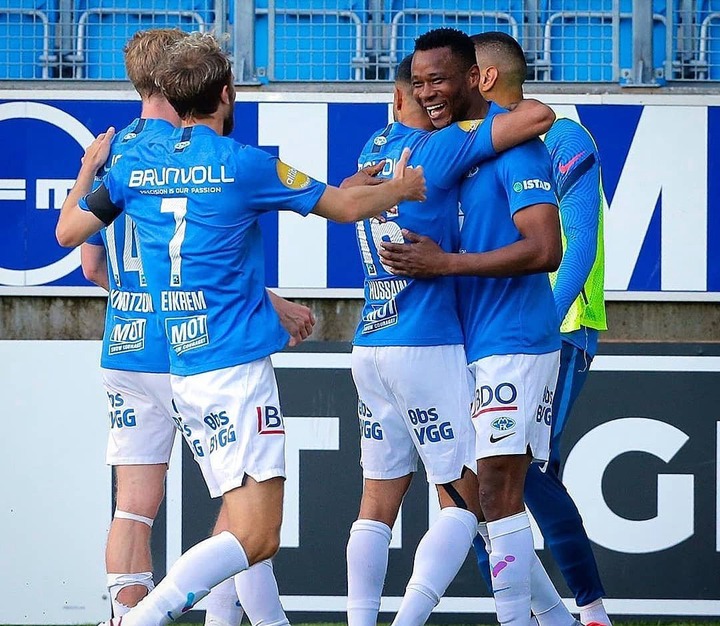 The 27-year-old Kaduna-born opened the floodgate of goals in the fifth minutes of the encounter before Etzaz Hussain added the second for Molde seven months later.

Molde continued their dominance in the second half, as Eirik Hestad make set up James to it 3-0 after the hour mark and takes his tally to 5 so far this season former Ole Gunnar Solskjaer side who are the defending champions.

Leke was replaced four minutes from time by another Nigerian Ohi Omoijuanfo, but before then, he has done enough to be named man of the match. Last season, he netted 15 goals for Molde to be crowned champions again and they are now two points behind leaders Bodo/Glimt after eight rounds of matches in the new season.

But the striker still has not signed another contract after his initial deal ran out on July 1 but it is becoming increasingly clear the former Flying Eagles star is holding out for a big transfer away from Norway.