By EvySports (self media writer) | 3 months ago

Barcelona former manager Luis Enrique has spoken earlier about a rumour concerning his return to Camp Nou. The Spanish coach once led the Blaugrana between 2014 and 2017 to win two league titles, Champion League and three Copa Del Ray trophies in 2014-2015 season.

The club president, Joan Laporta following the public disagreement signed Ronald as new coach. He has come to realize that Ronald has not improved the club statistics since Messi departure. With pressure increasing from the fans and public after a 3-0 defeat to Benfica, the club president is looking toward signing a new coach after the dismissal of the present coach. 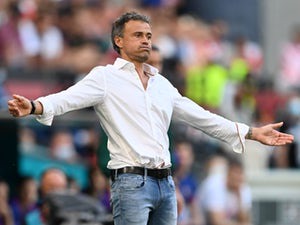 Barcelona has reportedly planned the departure of the Dutch manager Ronald Koeman. The Spain coach and instructor has come out openly to say that he is not leaving the Spanish national team and that the team really needs him.

Xavi, who was once a former Barça midfielder, is likely to take over as Blaugrana coach, with Belgium and Ajax coaches also in the race for the spot.