Sasha Banks has been cast in Disney's The Mandalorian, and her character made its debut on the hit show in the third episode of season two after a mysterious appearance in the trailer.

The current WWE Smackdown Women's Champion revealed during an Instagram Live interview with WWE Germany backstage in the new ThunderDome located in Tropicana Field, that she was spotted by The Mandalorian creator Jon Favreau when she appeared on the YouTube series Hot Ones in early 2018.

Sasha Banks also revealed another interesting piece of information about how her character in The Mandalorian came to be:

"He watched me on Hot Ones... he really said that he loved my personality from that, and wanted to write a role for me, and I was honestly just in such shock"

Sasha Banks and current rival Carmella signed the contract to confirm their match at this year's TLC for the SmackDown Women's Championship. The pair ended up going head-to-head over the title on the most recent episode of SmackDown, with Carmella winning by disqualification.

The pair have been feuding since Carmella returned to SmackDown and attacked Banks following Banks' title match against Bayley. 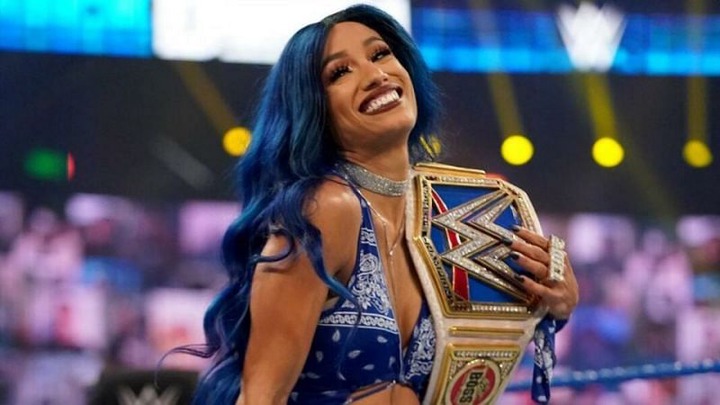