Blood relatives in football you might not know about 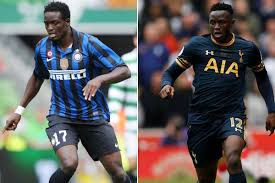 The real Madrid and Australian man are great individuals who have achieved a lot in football. Bothe for their respective clubs and countries, but it may have not crossed people's minds that Modrić and Viduka are blood relatives.

Viduka’s father was born in Croatia before leaving for Australia, where the former Celtic and Leeds striker was born. Then he joined Celtic from Dinamo Zagreb – the same club where Modrić began his career.

Kaká was once the best footballer in the world he was known for his outstanding talent in both country and club, gripping a world record fee when he moved from AC Milan to Real Madrid.

Digão the younger brother of kaka also began his career at Milan but played just once in the league and most recently suffered a difficult season at New York Red Bulls.

Didier Drogba an outstanding player, a legend in football history. He won several trophy both club and country. Didier Drogba joined Chelsea from Marseille in 2004.

Oliver Tebily an Ivory Coast international, defender who played for Birmingham City in their first season back in the top flight in 2002-03, stayed around even after the club was relegated a few years later.

Oliver Table and Didier Drogba are bloody related and both played for ivory coast.

These four relatives played in the English Premier League.

Manuel was the first to have played in the English league, spending time at Portsmouth and Everton, before he was followed by his cousin Gelson who moved to Manchester City in 2007.

After a few years later his cousin, Cabral, joined Sunderland, while the youngest cousin Edimilson later joined them he is currently on loan at Fiorentina from West Ham.

Content created and supplied by: Samson6536 (via Opera News )