Few Weeks To The End Of His Man Utd's Contract, Odion Ighalo Reveals Why He Truly Joined Man United

By MagicFeet (self media writer) | 2 years ago

In the part of the World, I grew in, many young lads take interest in the beautiful game of football from a very young age. They pick a club which tickle their fancy and declare their decision to support that football club. Most of these young boys dream of playing for their club of choice and it is a thing of joy when this dream actualize.

This is the case of Nigerian striker, Odion Ighalo. According to the 31 year-old footballer, he started supporting Manchester United from a very tender age an often go through some pain, such as saving his lunch money, so that he would watch his darling side play at the weekend. He had dreams of playing for Manchester United and his dreams materialized in the January of 2020. 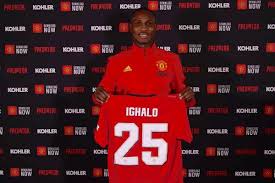 Odion Ighalo moved from Shanghai Shenhua in China to Manchester United on a six months loan, when the English giants where in the need of a striker. His move to Old Trafford came as a thing of joy for Nigerians, given that they would be able to see one of their own in a club as big as Manchester United and he is the first Nigerian to play for them. 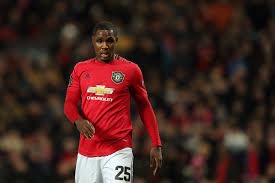 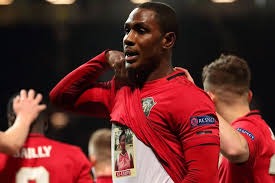 Odion Ighalo's contract was further extended by six months by Manchester United, after Covid-19 disrupted football, limiting Odion Ighalo to little appearances. Despite his contract renewal, Odion Ighalo has been limited to few appearances this season, falling behind, Anthony Martial and Edison Cavani in the pecking order.

According to Channels Television, Odion Ighalo has revealed why he truly joined Manchester United. A normal person would conclude that he joined the Manchester giants for the monetary aspect, but Odion Ighalo has said he did not join them for money. 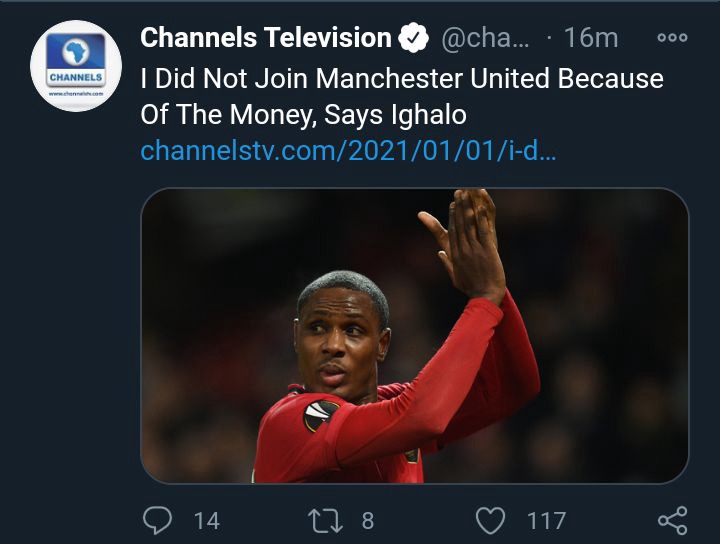 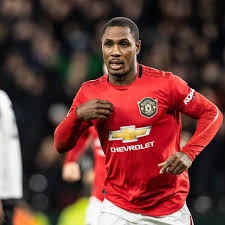 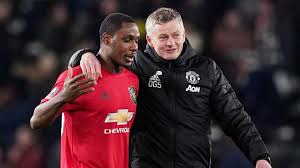 In Manchester United's latest podcast, Odion Ighalo said that he came to Manchester United to play for them with his heart, given that he was a staunch supporter of them at a young age. He said "I am a boyhood fan of this team and I came here to play with my heart, to give everything until the day I leave"

Odion Ighalo's contract at Manchester United is gradually coming to an end, as only few weeks separate him from returning to his parent club in China, Shanghai Shenhua.