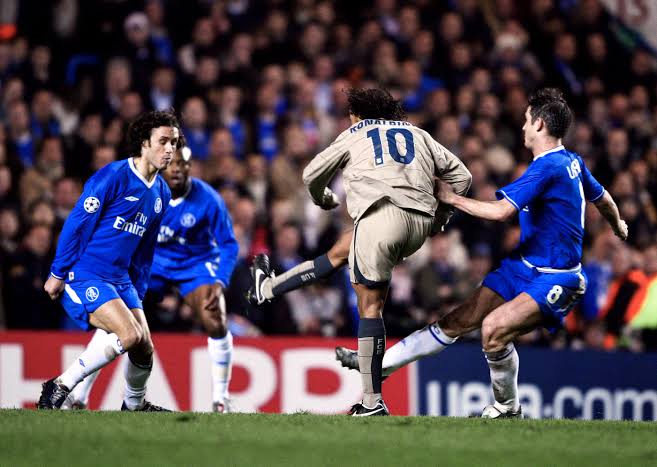 In 2005, The Blues went head to head with Barcelona in the round of 16 stage. The first leg didn't go as expected for the English side, they lost 3:1 to Barca, and they needed something dynamic to scale through to the Quarter Final stage.

Chelsea started with 3 solid goals, putting the Catalans a goal behind by aggregate, and just when it seem like it was over, Ronaldinho from nowhere, took the ball to the back of Chelsea's net, to drag the aggregate to a draw. 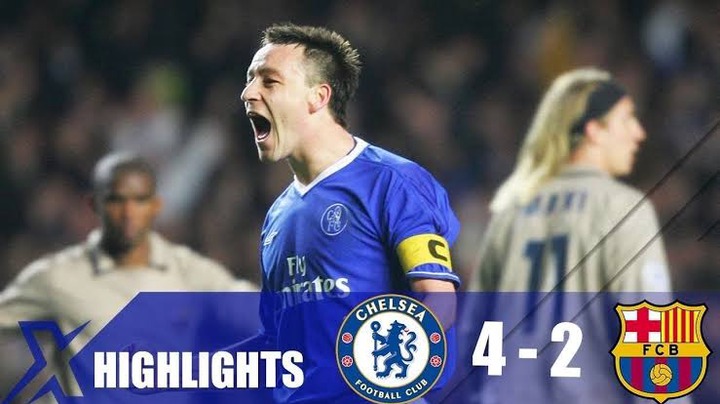 But, Just 2 minutes to the final whistle, John Terry gave Chelsea the final lead, with a stunning header, to put the aggregate at 5:4. 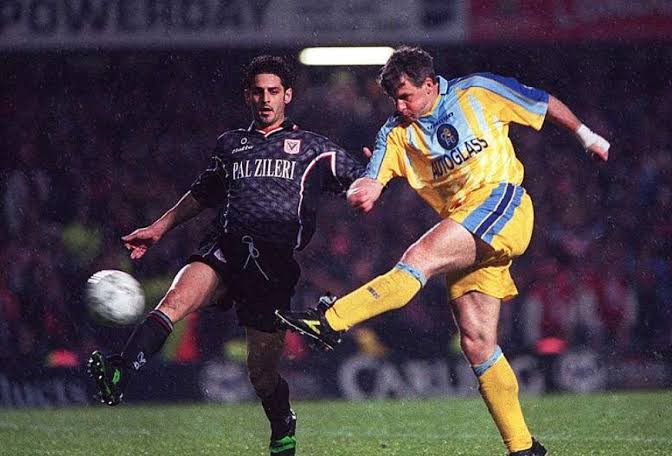 In 1998, Chelsea battled Vicenza at the Semi-Final stage of the UEFA Cup.

The first leg didn't go well for the Blues, after so many attempts they couldn't secure a single goal, it ended at 1:0.

Fans came with high expectations for the second leg, but after a goal for Vicenza in the first half, it felt like it was already over. 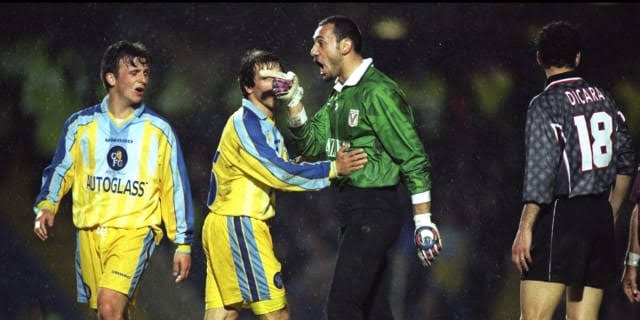 At the beginning of the second half, Chelsea fans were revived, after 2 smooth goals from Gianfranco Zola and Gustavo Poyet. They needed one more goal to beat the Mangiagatti by aggregate.

Just a few minutes to the whistle, Mark Hughes came in from the bench, and found the back of the net, to put the final score at 3:1. 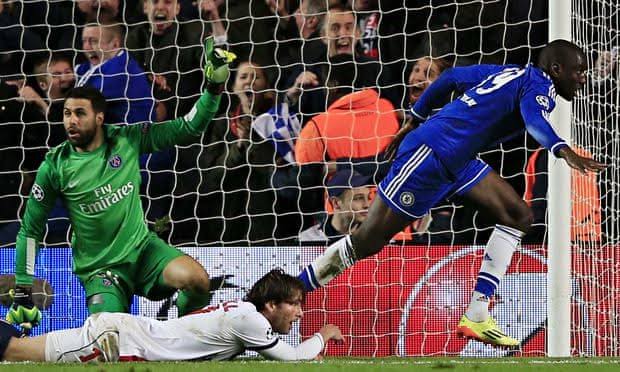 In 2014, Chelsea had one of the best comebacks in champions league history, when they went head to head with Paris Saint Germain.

The first leg wasn't one of the best matches for Chelsea, PSG defeated the Blues a whopping 3 to 1. The English side needed at least 2 goals in the second leg, to scale to the semi-finals.

When Eden Hazard went down with an injury, it seemed like beating the French side was an impossible task. Fortunately, Andre Schurrle scored the first goal for the Blues, just before the ending of the first half. 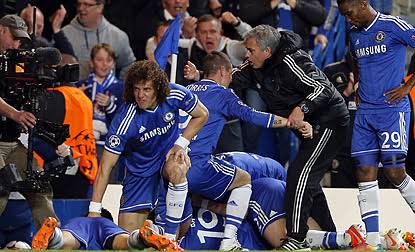 Chelsea held on to the 1:0 lead till the last minutes of the game, when Demba Ba took the ball to the back of the net, to put the score at 2:0, it was epic to watch. 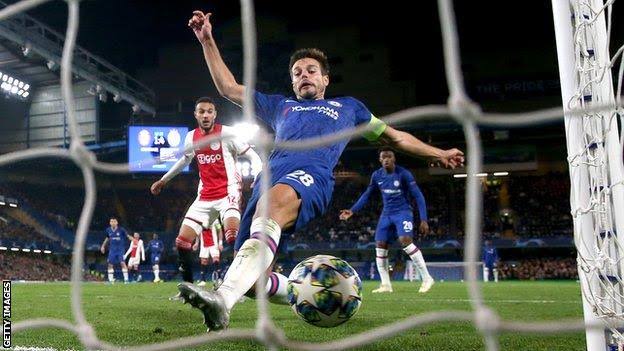 In 2019, Chelsea and Ajax collided in a group stage match, which was recorded as one of the best comebacks in Champions League history.

Ajax came with so much rage, to seek revenge for their 1:0 loss to Chelsea at the first leg.

Within 5 minutes, both teams had a goal each, this was after an own goal from Abraham, and a Penalty from Jorginho. Before the end of the first half, Ajax got two more goals to put the score at 3:1, thanks to another own goal from Arrizabalaga.

Just 10 minutes into the second half, Van de Beek, took the ball to the back of Chelsea's net, to make the score 4:1. 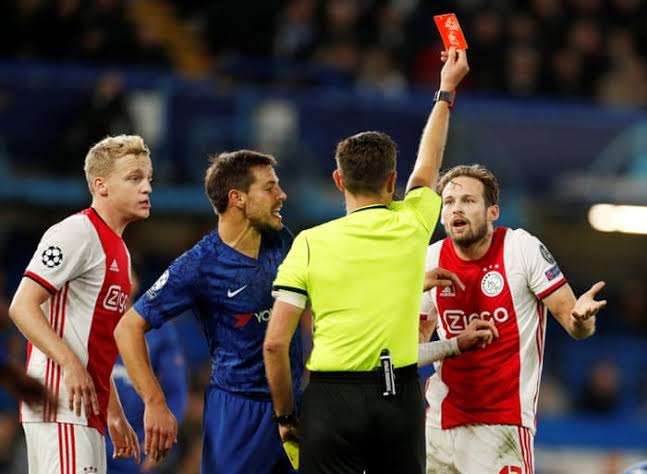 It seemed like all hope was lost, but Chelsea managed to score 3 more goals before the ending of the match, including a second penalty by Jorginho, this was after 2 Ajax players were sent off. 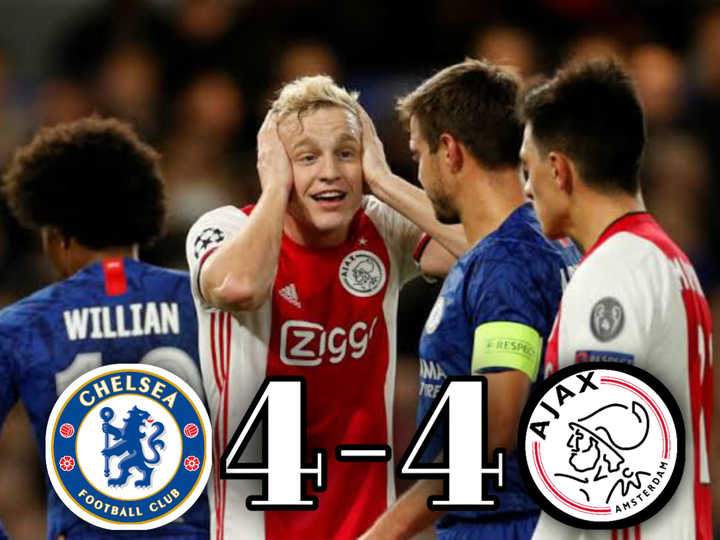 It was one of the most dramatic comebacks in football history.