Leicester 4-2 Man Utd: Iheanacho and three other players responsible for the Foxes win over Man Utd 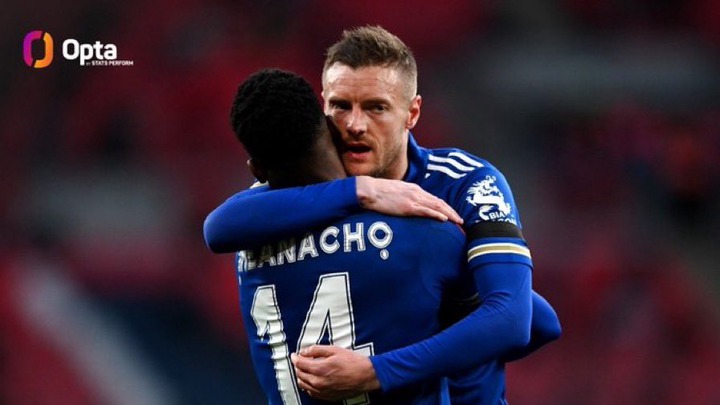 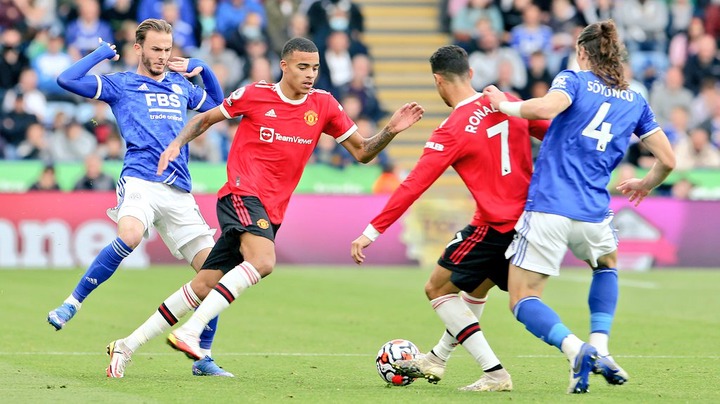 The former English Premier League Champions started on a brighter note against their opponent, and they were able to claim the maximum three points.

Brendan Rodgers started his best eleven against the Red Devils and the players were able to impress in the game. 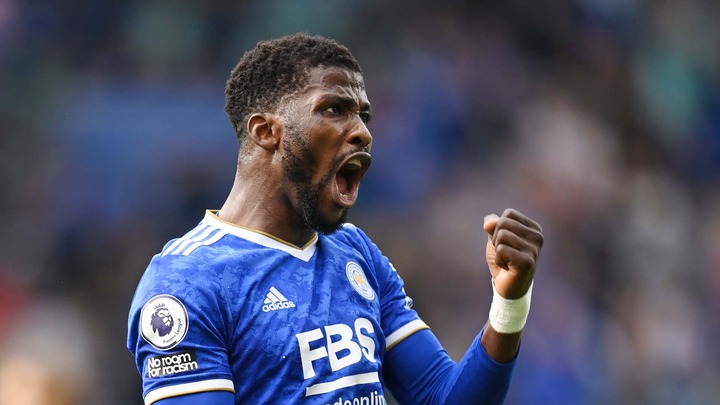 The Northern Ireland coach started Nigerian Kelechi Iheanacho in the team's attack alongside Jamie Vardy and the duo were outstanding for the club.

Ghana star Amartey, Jonny Evans and Soyunku started in the team's defence line, while Ricardo Perreira, Youri Tielemans, Soumare, Timothy Castagne and James Maddison started in the midfield and they were all fantastic for the home team. 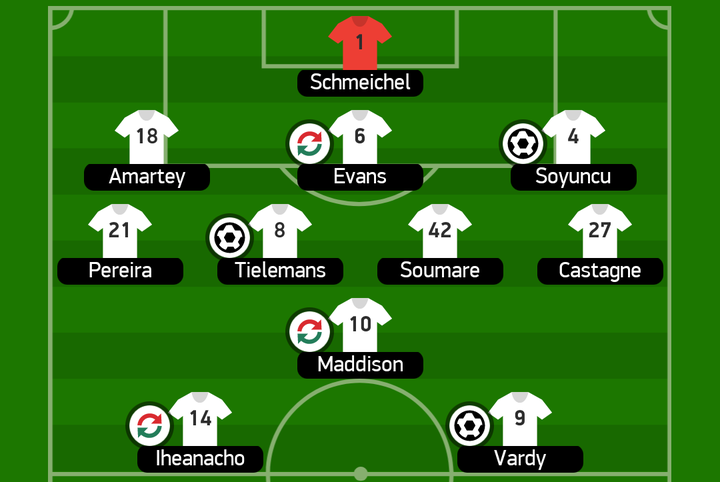 Here are the four players that that were responsible for Leicester City's 4-2 victory over Manchester United football club on Saturday evening.

The Nigerian international started in the home team's attack and he was able to impress in the game, as he gave a beautiful assist to Youri Tielemans who scored an equalizer in the first half of the game.

The former Manchester City star terrorised Manchester United football club defence line throughout the game, and he was able to play a vital role in the team's victory.

The England international was outstanding for the team again as he scored a fine goal to guide them to a remarkable comeback victory over the Red Devils. The Belgium national team star scored one of the best goals of the season in the first half of the game after receiving a fine assist from Kelechi Iheanacho, and that helped them to secure the maximum three points.

The Zambian striker was outstanding after being introduced in the second half of the game, and he was able to play a vital role in two of their goals.