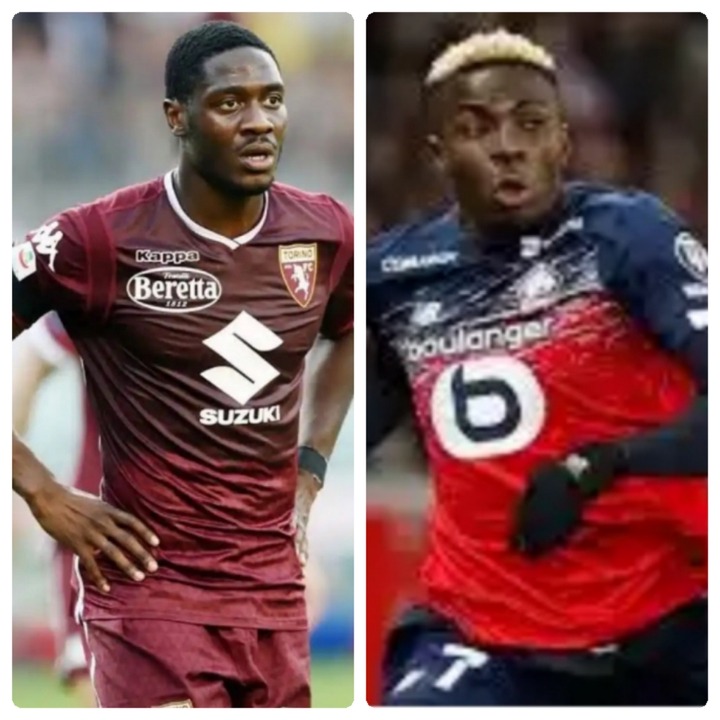 Super Eagles stars, Ola Aina and Victor Osimhen could end up as team-mates Napoli next season.

The Serie A club, who are finalising a deal that will see Osimhen join from Lille, have also set their sights on Nigeria and Torino wingback, Ola Aina.

After two weeks of speculations, Osimhen is on the verge of completing his transfer from Lille. He passed his medical in flying colours on Saturday and could be unveiled in 48 hours.

Aina is already being courted by Everton, West Ham and Fiorentina. Napoli have now joined the intense battle for the signature of the 23-year-old who has been impressive in two seasons with the Granata, starting 19 of 28 matches in the current season.

He joined Torino on loan from Chelsea in the 2018-2018 season, with the club paying Chelsea 10.5 million euros, to make the deal permanent, after the former Hull City player belted 33 games and made the starting line-up 22 times.

Both players are key members of the current Super Eagles team continually put together by Gernot Rohr. Osimhen, who won U17 World Cup in 2015 with Golden Eaglets, is currently Nigeria's hottest striker. The 21-year-old former Wolfsburg player scored 18 goals across all competitions in his first season with Lille, making him a prime target of several top European giants like Manchester United, Chelsea, Liverpool, Tottenham Hotspur and Real Madrid.

Aina changed allegiance to Nigeria, after representing his country of birth, England at youth levels and has been capped 17 times for Supper Eagles since 2017.