I am Criticized for Coming to China, "Oscar" former Chelsea Player says 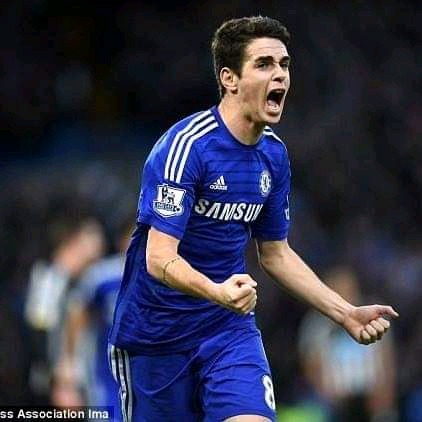 Embaboa Dos Santos Oscar was One of the Fast rising Star in Europe at some point. He was already coming Into the Lime light and Showing signs of greatness in his early Career days. He was bought from Brazilian Side Corithians by Chelsea in the Summer of 2012 after Chelsea had Won the Champions League. He won the Europa League in his First Seson for Chelsea, and Scored the two renowed long range shot against Veteran Goal_Keeper Buffon. Buffon was full of praise for him and tagged him as one of the next big thing in football. Together with Neymar Jr, Oscar Won the Confedration Cup in 2013 and was terrific in the 2014 World Cup, some were even seeing him as the better player ahead of Neymar, he went on to win the League and League Cup with Chelsea in 2015. To the Greatest suprise of the Footballing world, Oscar Signed for Chinese side Shengai Shenua in january 2017. At his early age where many as pictured him to be one of the greatest, he was rather heading to the League whereby Old age Players from Europe goes too. The Transfer depicted the end of the glamouring Career fans pictured for him and Many Criticized him saying he went there for the Money and not for passion as a footballer.

In a Q&A section amid this post_Pandemic period, Oscar has answerd the set of folks criticizing him and he has made his points clear to the world. He said "I am Criticized for Coming to China, Footballers are like any other Worker. We want to earn Money and help our families. I come from a Very Poor Family in Brazil. I do this for them, I Cash what i get cause i deserve it, i have right to choose where i want to play" Oscar Said Personally i think he has a point, and he has made his decision and i think we should respect his opinion and let him enjoy his game in China. IS HE RIGHT OR WRONG, SHOULD HE PLAY FOR PASSION?