Michael Owen Predict who will qualify between Chelsea and Atlético Madrid, check out what he said.

Former Liverpool and Real Madrid Striker, Micheal Owen have made his prediction on what he feels will be the outcome of the Champions League match between Atletico Madrid of Spain and Chelsea football Club of England. 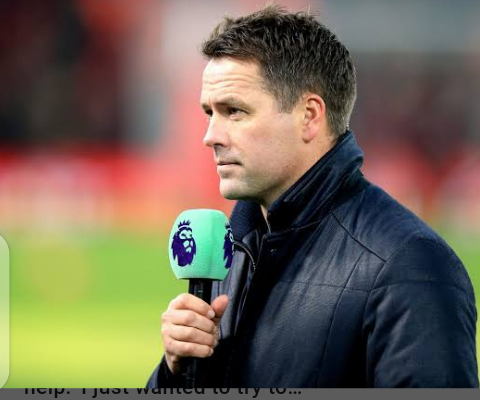 The first Leg of this tie between Both teams ended in favor of Chelsea who won away by a goal Margin, the game ended 0-1. Oliver Giroud was the hero that day with a superb Overhead kick that landed straight into the far into the net of the Host. Coincidentally it was Thomas Tuchel first Champions league outing with Chelsea FC since he took charge of the London Club. Athletico Madrid on the other hand will be desperate to overturn their one-goal deficit which they sustain from the first leg.

Micheal Owen feels that this match will be very tight, he foresees a 1-1 draw in the second leg against which will eventually send Chelsea through with a 2-1 victory on aggregate.

Speaking to Metro UK, He said, "Since Thomas Tuchel's took charge of Chelsea, the Team have been very very solid at the back. A follow-up strong defensive performance will be needed here, Tactically, I find this one fascinating, since Atletico Madrid will likely be patient knowing fully well that they could be hit hard if they throw caution to the wind. With that in mind, I foresee both teams canceling each other out and the Blues qualifying for the quarter-finals."

So Micheal Owen believes that Chelsea will continue its unbeaten run with at least a draw in this encounter and he predicts a one-all draw. Do you agree with the football Legend Micheal Owen on this? I honestly feel athletic Madrid will take this one especially over the fact that Suarez is reborn as a goal Machine. Comment below and do not forget to share.