It is rightly said that "everything rises and falls on the shoulders of leadership." This saying is especially true because leaders are the ones who steer the ship of any organisation, either to safety and prosperity or to doom and penury. 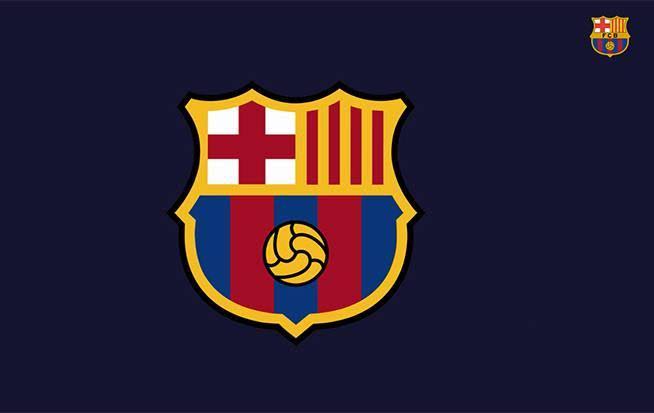 It is for the above reason that many have aimed jibes at the current manager of FC Barcelona, Ronald Koeman, for the unimpressive performance of the club in recent times.

The Dutchman took charge of the team after Quique Setién was sacked, following a humiliating 2–8 bashing by eventual champions, Bayern Munich, in the 2019/2020 UEFA Champions League season. 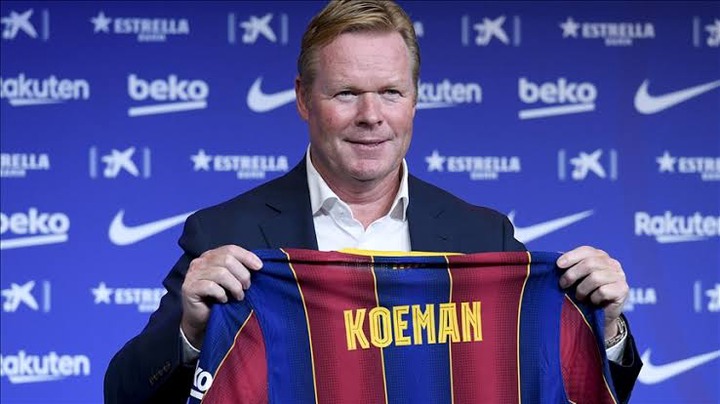 After taking over as manager, Koeman managed to win the Copa del Rey title but crashed out of the Champions League in the round of 16. Under his watch also, Barcelona lost the Copa de España to Bilbao, while finishing third in La Liga.

Another concern of note is Barcelona's champions league campaigns, which have been far from brilliant, with their last triumph coming 6 years ago. So, clearly, the Catalan outfit has been average going by their own standard. 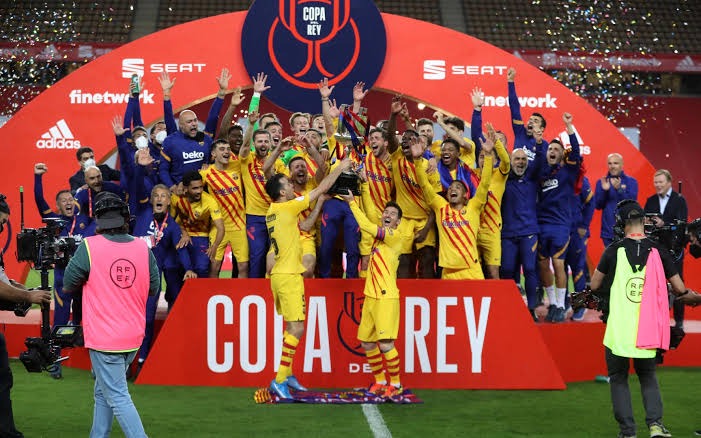 Even more worrisome is the club's current financial woes, a situation that led to the eventual departure of their talismanic, erstwhile captain and greatest player ever, Lionel Messi, as a free agent. 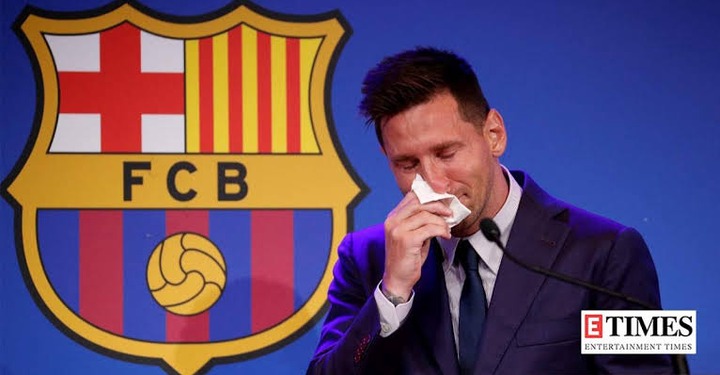 Contrary to popular belief that Ronald Koeman is solely to blame for Barcelona's poor performance, I will beam the searchlight on three (3) individuals in this article, and x-ray their roles in the circumstances that have led to Barcelona's unfortunate slow but steady decline over the years. This is the story no one will tell you.

Unlike other clubs in Europe, Barcelona is not a club owned by a single individual. It is said that the club is owned by its own supporters. Consequently, there is a management board in place and an elected president who oversees the activities of the board in running the club.

Over the years, the club has had its fair share of cases of power play and internal politics among board members, with the president being at the centre of it for most of the time.

For a long time, it was increasingly clear to everyone at Barcelona–the board, players and fans–that there were deep rooted institutional and footballing problems in the Catalan club.

As president, for instance, Bartomeu ultimately decided which players were bought or sold, as well as which coach was hired to manage the club. This has been the trend with all Barcelona past presidents. 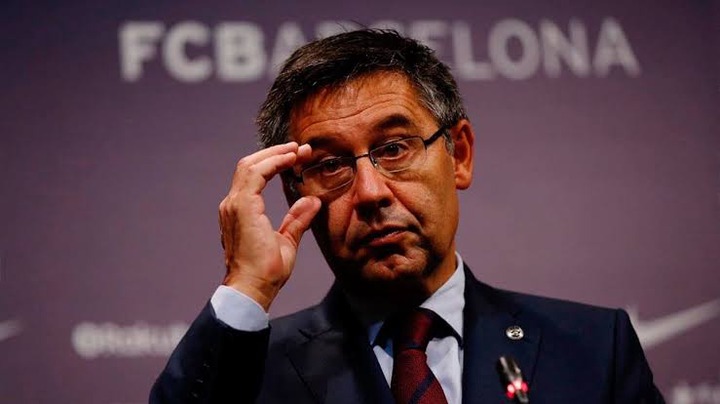 Even though he is regarded as one of the most successful presidents in the club's history, Josep Bartomeu certainly became power drunk. He, together with the club's sporting director, sanctioned deals for many average players and coaches, who utterly fell short of Barcelona's usually high standards.

A typical example was the hiring of Ernesto Valverde as manager, which probably didn't sit well with the players. To confirm this, former Sporting Director, Eric Abidal, went to the press to allege that the players "did not work hard enough for the (sacked) manager" which clearly suggested that they were not in support of Valverde's appointment. As expected, that manager was sacked after failing to deliver the Champions League. 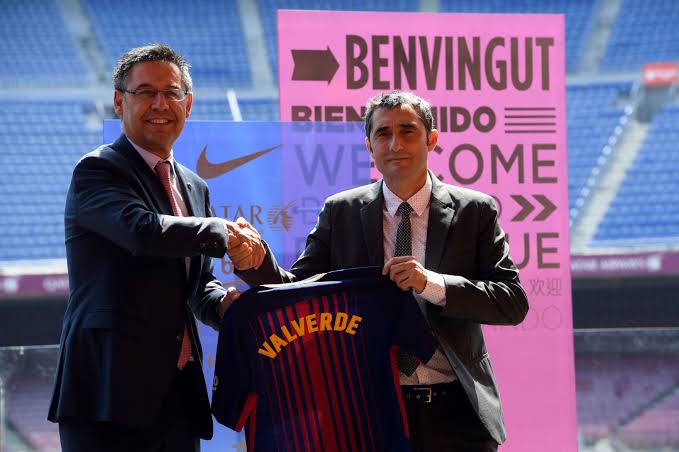 After Ernesto Valverde's sack, Bartomeu again shocked everyone by sanctioning the deal for another average manager in Quique Setién, when others, including Messi, thought Xavi or some other top manager would be hired. Setién subsequently led the club to a first trophy-less season in more than 10 years. 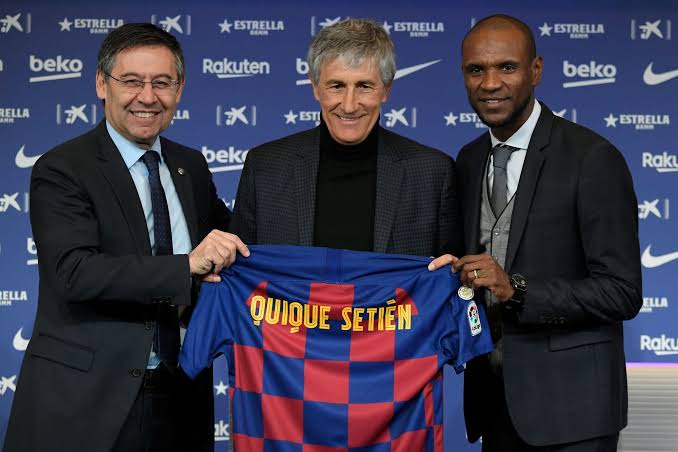 After Barcelona's 2-8 loss to Bayern, Setién and Abidal were sacrificed. Obviously, Setién lost his job for nonperformance, while, I believe, Abidal lost his for reportedly opening a few can of worms in the public.

After being shown the exit, Eric Abidal would open a few more can of worms, including how President Bartomeu refused his proposal to connect the club with some sponsors who would have helped out with the club's humongous debt burden. Abidal alleged that, rather than look for solutions, Bartomeu was more keen on shielding his abysmal management failures, as well as keeping the club's true financial state from public scrutiny. 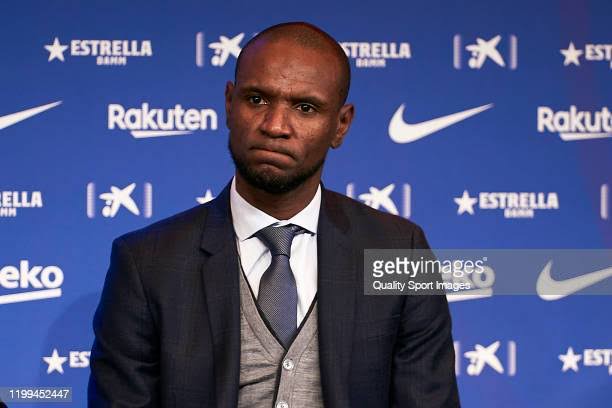 To further worsen the situation, Bartomeu went ahead to hire Ronald Koeman, a coach without much pedigree in the top European leagues. He then insisted on having the team built around Messi, even when it was very clear at this time that Messi was almost past his prime at Barcelona, and also wanted to leave the club. It is quite obvious that Bartomeu had a knack for interfering with coaching decisions.

To his discredit, also, Bartomeu, for whatever reasons, refused to begin the long rebuilding process at Barcelona that would have helped the club succeed beyond the Messi era.

For all of the troubles he landed Barcelona into, Josep Bartomeu suddenly resigned when it was imminent he was going to face a vote of censure. To avoid that, he also announced the resignation of all the other board members, taking the club back to square one.

To put Bartomeu's action in perspective, it helps to know that Barcelona has other football outfits like a futsal team, a beach soccer team, as well as a female football side too. But that is not all, the Catalan side also has a basket ball, handball, ice hockey, roller hockey, American football, rugby, volleyball, and athletics team, among many others, making it more than a club. So, you can see how one man's action put a whole multifaceted outfit in jeopardy.

When you are the best player in the world and captain of one of the best clubs in the world, it does get into you head at one point or the other. You begin to feel you have the right to be privy to certain key club decisions, and that your voice must be heard and respected. That was the situation Messi found himself in. Unfortunately, when you have a club president who is power drunk himself, that could be counterproductive and even damaging. 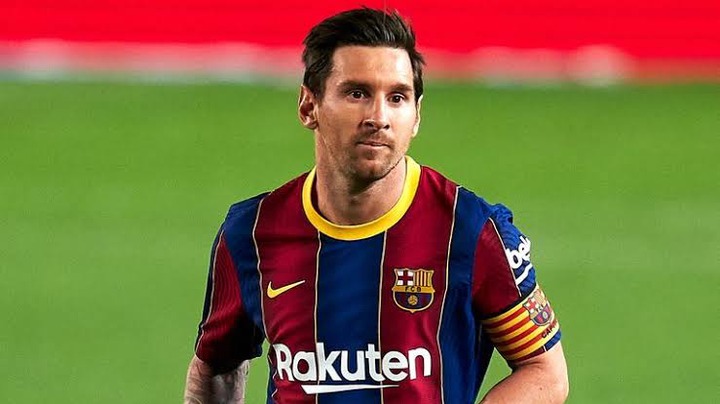 Let us face it, in the past few years, especially those that coincided with Lionel Messi's captaincy, Barcelona have not done so well, especially in the champions league, which holds more appeal to the club. To be fair to Messi, however, that was no fault of his, in footballing terms, as he always gave his best on the pitch.

However, Messi gradually began to question top management decisions. A typical example was his displeasure at the hiring of Setién instead of Xavi. This was not the first time Messi would be questioning sporting decisions made in the transfer market.

Messi also had skirmishes with Eric Abidal after it appeared the players were called out for Valverde's sack. This is also not new as he was also very critical of how the club lost La Liga title to Real Madrid last two seasons. Messi was never the one to shy from speaking out. 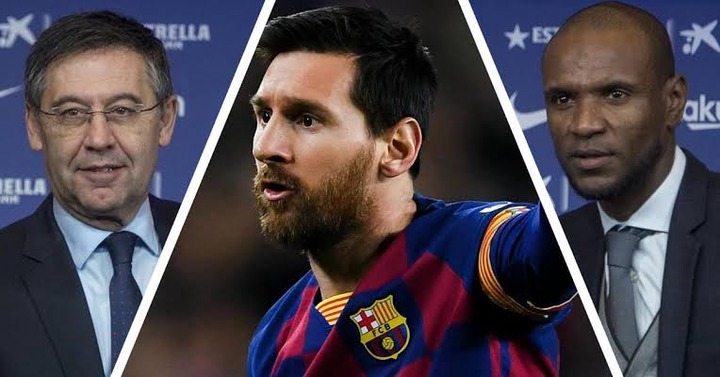 Of course, he was the captain and had the right to speak out, but with a president that wasn't ready to change his idea of running Barcelona, it would have been better to look for other more effective avenues for dialogue than jumping to the press in the manner he did right after the final game of the 2019/2010 season. Again, he had the option of leaving the club when the ovation was loudest, but he chose instead to stay a little too long.

There's also no hiding the fact that Messi's outrageous wages at Barcelona took a toll on the club's finances. If his new contract in Catalonia worked out, he would have earned about €71 million yearly from a club whose total annual revenue was put at €855 million. This would have meant that he alone took over 8% of total revenue generated.

It may be argued that Messi merited his wages, and that what he earned was not his fault. But for a club in financial troubles, both parties could have been more realistic during contract renewal deals.

Eric Abidal enjoyed success playing for FC Barcelona between 2007 and 2013. As a player, he was very disciplined, committed and professional. Little wonder he enjoyed a long, successful career, climaxing during his time in Spain where he won two (2) UEFA Champions League titles among so many other titles.

However, Abidal was not as professional in his open criticisms of the players in the press when he could have done so in-house. His unprofessionalism, no doubt incurred Messi's wrath who wasted no time in replying Abidal. No doubt, this was part of the reasons for his sack.

In his capacity as Barcelona's Sporting Director, Abidal was directly in charge of scouting for players and managers and recommending them to the board for approval and hiring.

However, as a former player himself, he ought to have known better how to manage his relationship with the press, in a way and manner that did not do any disservice to the players, board members and the club in general. 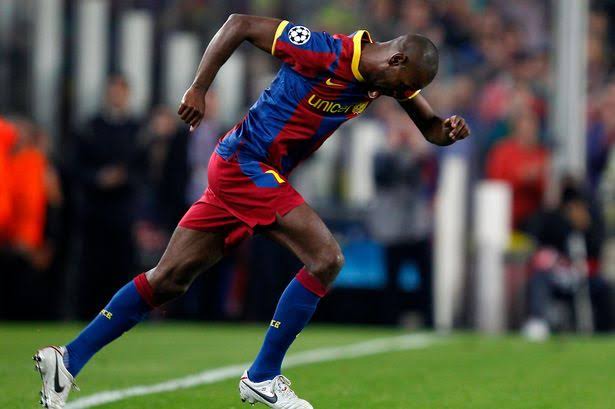