The debate about who is the better player between Portuguese Cristiano Ronaldo and Argentine Lionel Messi will never die now despite Ronaldo leaving the Spanish league for Italy two seasons back.

Both players have continued to break records upon records despite their ages they both seems do want to slow down. 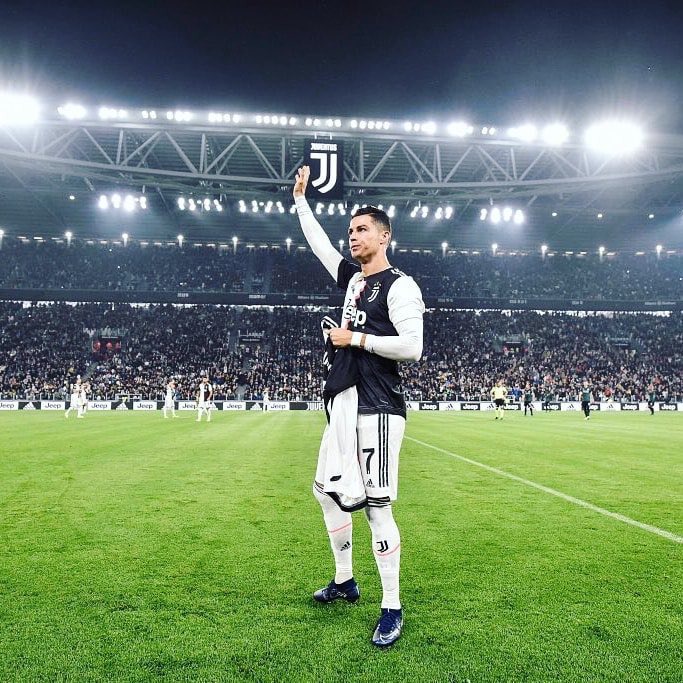 Some fans took to their social media platforms to hail the Portuguese star but some have come to say he is not the greatest.

Cristiano Ronaldo outscored everyone in England & moved to Spain.

Within two years he outscored everyone in Spain, won his first Pichichi then moved to Italy.

Within two years he is outscoring everyone in Italy enroute being the Capocannoniere.

He conquers everywhere he goes. 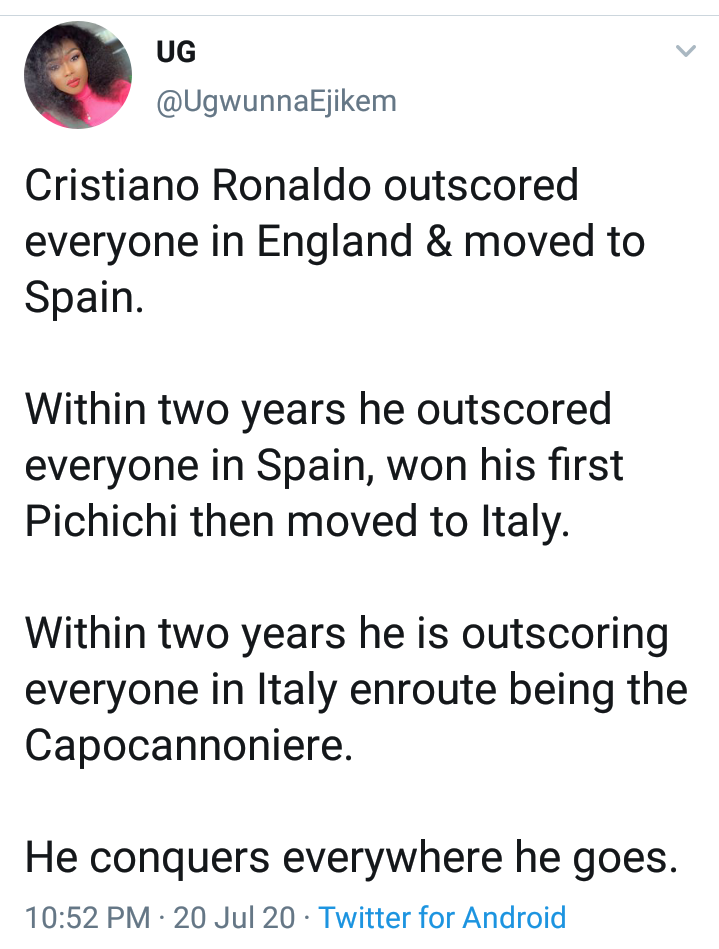 But there was to be a quick reaction from Promise Daryllll as he showed his support for Lionel Messi who he belives is greater than Ronaldo. 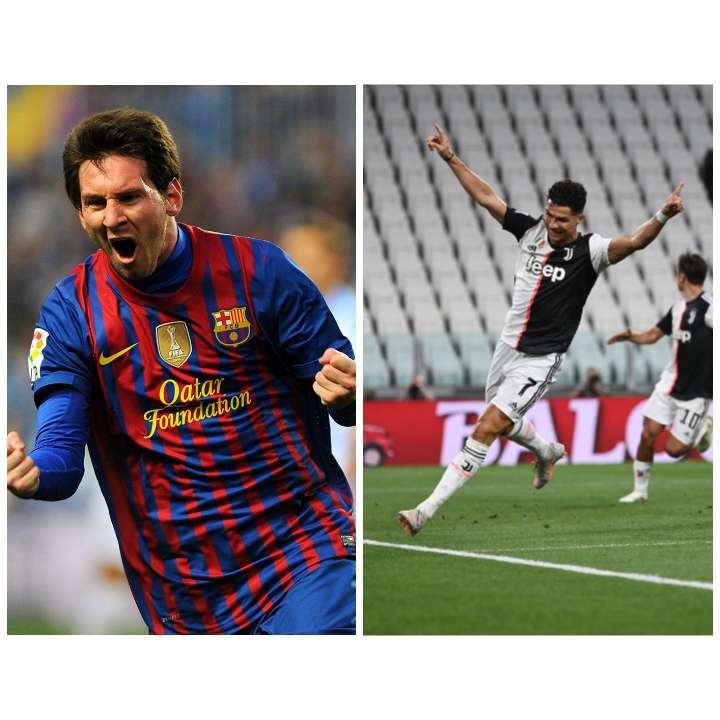 Messi had 5 Pichichi trophies to Ronaldo's 3 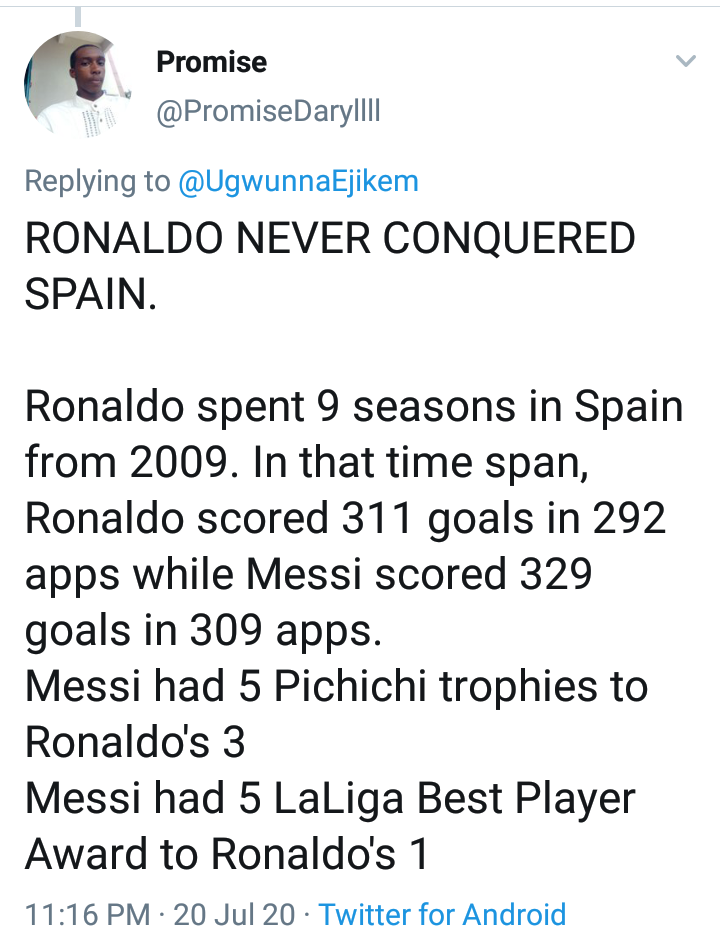 Well, if you are asked as to who is the greatest between Ronaldo and Messi who will you take as your Greatest Of All Time (Time)?