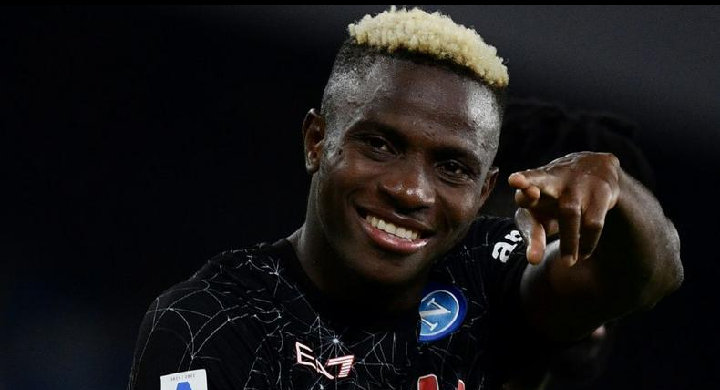 Napoli has reportedly returned to the top of Serie A on Sunday, after Nigerian international Victor Osimhen who had scored for his country in a 2-0 win against the Central African Republic (CAR) in World Cup qualifying quest last week, headed the 81st-minute winner.

According to reports, Victor Osimhen scored the only goal in a hard-fought 1-0 win against Torino making Napoli to move back to the summit. Napoli have 24 points, two more than AC Milan while reigning champions, Inter Milan are on 17 points after losing ground following a 3-1 defeat away to Lazio on Saturday.

Recall that, AC Milan moved to the top of the table after battling back from two goals down to beat Hellas Verona 3-2 at the San Siro on Saturday. While Atalanta were easy 4-1 winners against Empoli on Sunday as they warmed up to take on Manchester United at Old Trafford in the Champions League on Wednesday.

Josip Ilicic (Veteran Slovenian forward), after suffering from a combination of a knee injury and severe depression, recalled to the team how he scored the opener and his first goal of the season when he was well served by Joakim Maehle on 10 minutes.

He added that, he got his second goal with a rasping shot on 26 minutes but Federico Di Francesco pulled a goal back for the home side.

Reports gathered that, four minutes into the second half, Atalanta took a 3-1 lead when 19-year-old Empoli defender Mattia Viti, scored an own goal. However, the team from Bergamo now head to northwest England to face United, who were beaten 4-2 at Leicester, in Champions League Group F, on Saturday.